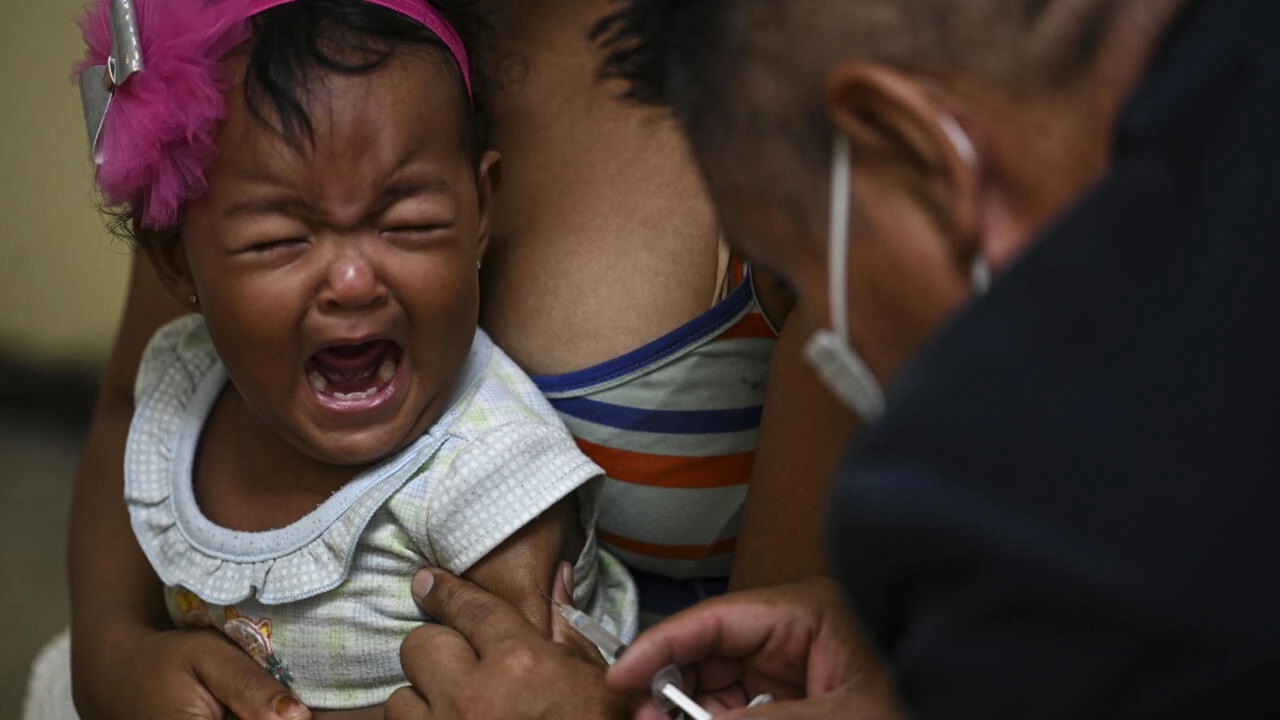 A girl accompanied by her mother receives a dose of measles and rubella vaccine from medical personnel at a community health center in the Lidice neighborhood in Caracas. – AFP photo

WASHINGTON (Nov 24): A record high of nearly 40 million children around the world missed a measles vaccine dose in 2021, according to a new report Wednesday that found immunisation levels had failed to rebound from disruptions caused by the Covid-19 pandemic.

The research, which was jointly published by the World Health Organization (WHO) and the United States Centers for Disease Control and Prevention (CDC) said the decline was a major setback in eliminating the deadly disease.

WHO chief Tedros Adhanom Ghebreyesus noted the irony in the fact that while vaccines against Covid were developed and deployed in record time, routine immunisation programmes were badly impacted, leaving millions at risk.

“Getting immunization programmes back on track is absolutely critical. Behind every statistic in this report is a child at risk of a preventable disease,” he said in a statement.

But because it is so contagious, an estimated 95 per cent of a population needs to be vaccinated with two or more doses in order to create herd immunity to achieve and maintain elimination.

It was the lowest global coverage rate of the first dose since 2008.

The five countries with the highest number of infants who did not receive their first dose were Nigeria, India, Democratic Republic of the Congo, Ethiopia and Indonesia.

No WHO region has achieved and sustained measles elimination, and the virus can quickly spread across borders.

Since 2016, ten countries that had previously eliminated measles experienced outbreaks and reestablished transmission.

Measles is characterized by high fever and a telltale rash — though part of what makes it so dangerous is that it can be contagious for days before the rash emerges.

Complications can include pneumonia and swelling of the brain, which can cause permanent disability.

Between 1 and 3 in every thousand children die from respiratory and neurologic complications. – AFP