Wednesday, December 7
You are at:Home»News»Sabah»Youth voters a force to be reckoned with 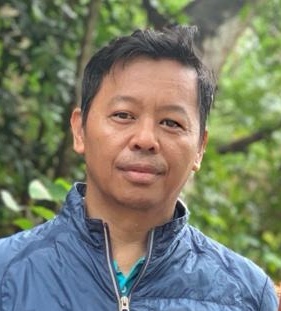 KOTA KINABALU (Nov 24): The youth have shown that they are a force to be reckoned with based on the results of the 15th General Election (GE15), reckons Universiti Malaysia Sabah (UMS) senior lecturer Dr Jakaria Dasan.

He said the results of the GE15 have given a picture of various matters, such as how the youth aged 18 to 20 translated the power of their votes into a fierce election. Without giving an absolute advantage to any dominant party, the votes that have been completed by this particular age group served interesting results in the country’s electoral history.

“Their presence has also made adult voters aware that the youth’s choices as voters are difficult to predict. They know which candidates to pick early because social media is part of their entertainment platform. To determine which candidate to pick on voting day, they only need to read the latest information on that candidates from various sources on social media.

“Covid-19 is also part of the reason why the election results turned out the way they did this time around. As the world’s society started to focus on connecting online from the comfort of their homes in the mid 2020s, this electorate, which at the time was around 16 years old, had already begun to socialize entirely online. As a generation born in the era of the information technology boom, their transition to the virtual world is very fast, and they are able to find out the information they want just by pressing certain characters on their devices,” he said in a statement on Thursday.

Jakaria said as a result of the development of technology and Covid-19, this generation spends more time at home compared to the older generation. They are very close and have great respect for their parents or family. However, this level of respect also causes them to refuse to fully share their opinions or views, especially something that can hurt their parents’ feelings. Therefore, the candidate they choose is not the same as the candidate the family chooses.

He said this generation is also more likely to make decisions based on their peers’ influence. Their social circle is always wide open and they choose to follow the choices of their peers who are always on social media with them. Furthermore, nowadays there are many new social media platforms available with great coverage of issues from experts around the world. This situation makes it possible for some of this generation to prefer absorbing information and matching them with local issues regardless of relevant context or otherwise.

“Some political analysts have made conclusions on the results of the recent election such as the lack of incitement and defamation campaigns. When compared to previous campaigns, this one is not so racist and not ethnocentric to a certain group of voters or areas. In fact, physical contact between the candidate or voter and the community is made only according to a candidate or party’s target. Another discovery found was that the designation of candidates from the parties that joined caused dissatisfaction among the supporters of the candidates who were not selected. In addition, issues that link a candidate with a conviction of wrongdoing cases were also ignored.

“These formulations indicate that the electorate has matured. They do not vote out of anger or dissatisfaction. Instead, they voted because they wanted a harmonious change. Information at their fingertips is more trusted by new voters who socialize a lot through online technology, especially since Covid-19 in 2020,” he added.

Previous ArticlePM Anwar: Indonesia a true friend; trade, cultural relations can be enhanced
Next Article PM Anwar to convene Parliament on Dec 19, put himself before vote of confidence