Saturday, January 28
You are at:Home»News»Sarawak»Family of five in Sarikei made homeless by afternoon fire
For the freshest news, join The Borneo Post's Telegram Channel and The Borneo Post on Newswav. 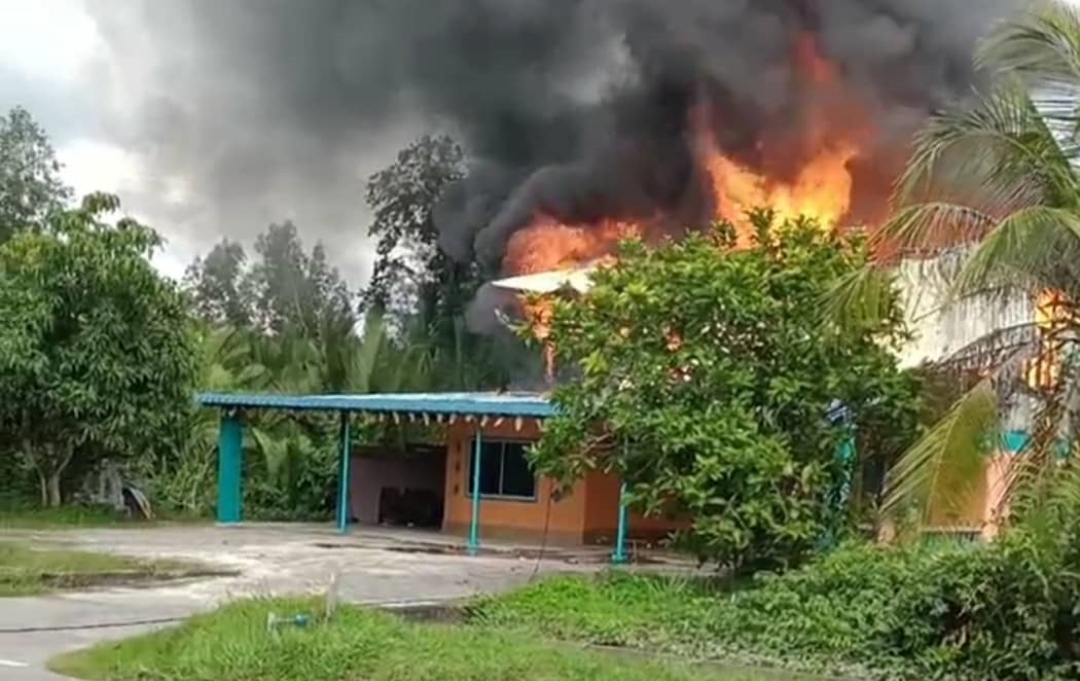 The raging fire captured by a neighbor before the firefighters arrived.

SARIKEI (Nov 25): A family of five is made homeless after their house at Jalan Ixora, Kampung Seberang, here was destroyed by fire today.

Civil Defence Department (APM) officer Shahrol Azizi Zaidi said they were informed of the incident at 4pm, and immediately dispatched a team to the scene.

According to the house owner, identified as Reduan Nor, the fire broke out at the top floor of the semi-concrete house before it spread to the entire building.

He said about 80 per cent of the house was damaged and that most of their belongings went up in smoke. They were, however, fortunate to escape the blaze unhurt.

Shahrol said workers from Sarawak Energy Bhd were also at scene to help in the rescue operation, adding investigation was still on the way to determine the cause of the fire.

Previous ArticleSabah PH reps to back Hajiji till end of term
Next Article Chong: Why ‘huge differences’ between estimates, actual figures in 2021 S’wak budget