Monday, January 30
You are at:Home»News»Sabah»Hajiji: GRS joins unity govt for the interest of Sabah, its people
For the freshest news, join The Borneo Post's Telegram Channel and The Borneo Post on Newswav. 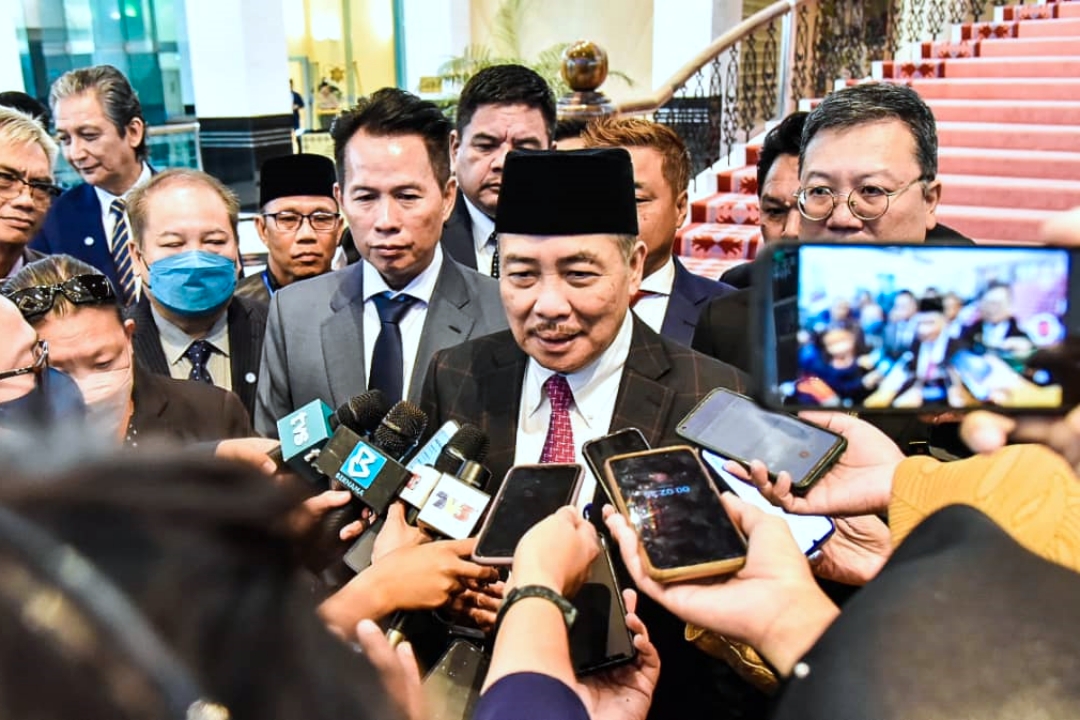 Hajiji speaking to reporters when met after tabling the state budget for 2023 at the state legislative assembly sitting here today.

KOTA KINABALU (Nov 25): Gabungan Rakyat Sabah (GRS) chairman Datuk Seri Panglima Hajiji Noor said the interest of the state and people in Sabah is the reason why the coalition supports the unity government at the federal level.

“I informed Prime Minister Datuk Seri Anwar Ibrahim of the state government’s decision last night, that for the interest of the state and political stability, we are giving our support to his government,” Hajiji told reporters when met after tabling the state budget for 2023 at the state legislative assembly sitting here today.

He was asked asked about GRS’ support for the newly formed unity government at federal level.

To the question about Perikatan Nasional (PN) chairman Tan Sri Muhyiddin Yassin’s reaction to GRS’ decision to support the unity government, Hajiji integrated that that GRS’ priority is the state’s interest.

“We are thinking about Sabah’s interest under GRS where the priority is the state. I think Tan Sri (Muhyiddin) is aware of this… he is a wise man. I think we have no issue with this as it is GRS’ decision,” he said.

Hajiji added that GRS’ focus in the unity government is on the economy and the rakyat in Sabah.

“This is our priority which is in line with GRS’ four pillars, that is Sabah First, Sabah Forward, Sabah Maju Jaya and Sabah United. We have three more years to govern the state so we do not want too much politicking to disrupt us as our priority is the rakyat’s interest,” he said.

On Barisan Nasional (BN) Sabah’s cooperation with GRS, Hajiji said it was good as seen with the formation of the unity government.

He reiterated that it is important to focus on the revival of the economy, developing the state and bringing prosperity to the rakyat.

GRS, he added, would not be making any demands for the Deputy Prime Minister’s post, and is leaving the matter to the federal leadership to decide.

He also said that the leaders of all political parties in Sabah are matured and have the rakyat and state as their priority.

Meanwhile Hajiji said that the Anti Party-Hopping law will not be tabled at this sitting as the focus will be on the state budget.