Wednesday, February 8
You are at:Home»News»Sarawak»Sunbear Festival a timely event for all to unwind, says Abdul Karim
For the freshest news, join The Borneo Post's Telegram Channel and The Borneo Post on Newswav. 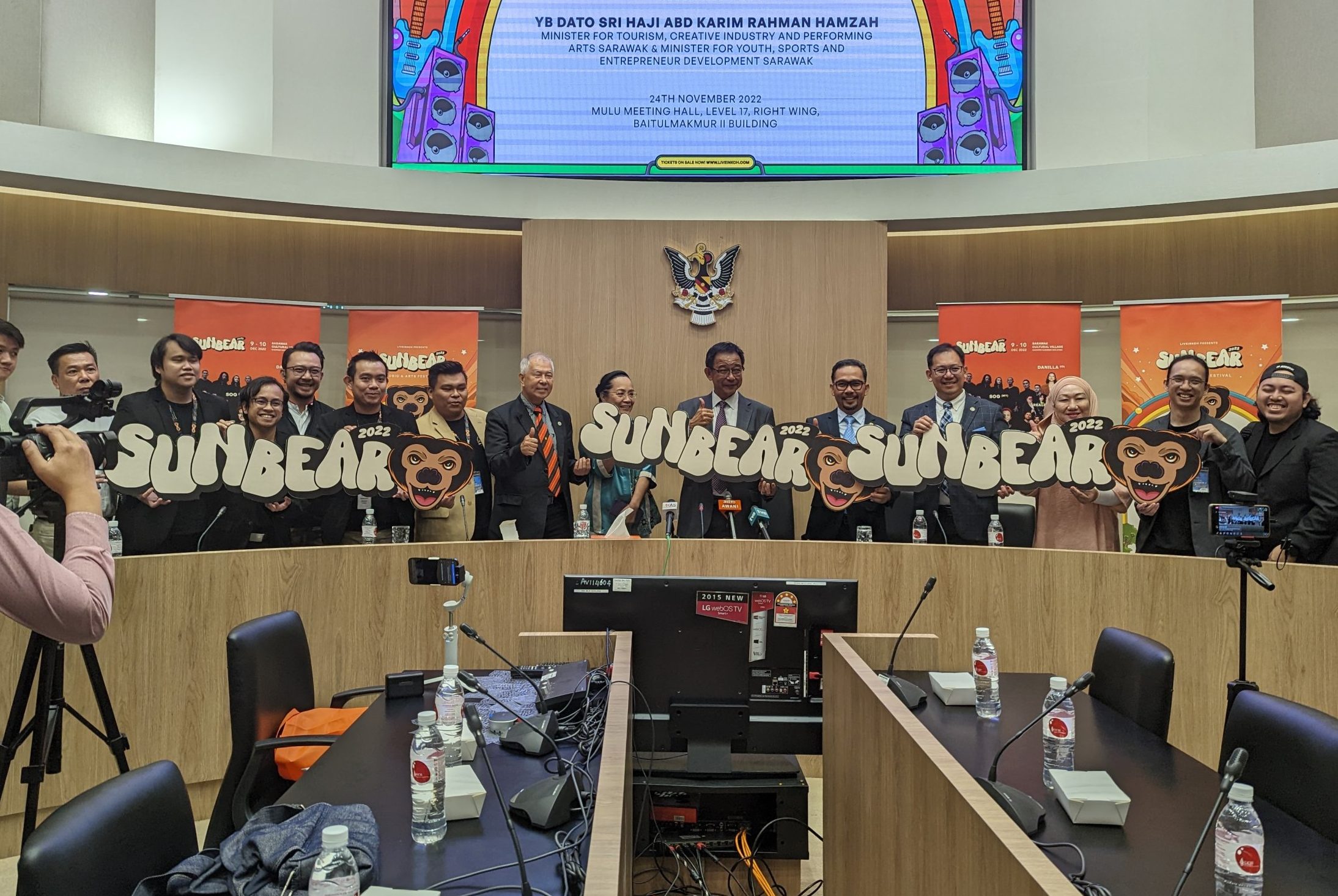 Abdul Karim (centre) and festival organisers give the thumbs up to the highly anticipated music festival.

“With Indonesia moving its capital to Kalimantan, this is the kind of thing which will build up our efforts – our many industries, whether it’s oil and gas or even entertainment industry,” he told the press at the Sunbear Festival 2022 press conference at Baitul Makmur II in Petra Jaya here yesterday.

The two-day festival is slated to take place Dec 9 and Dec 10 at the Sarawak Cultural Village in Santubong.

According to Abdul Karim, the festival is expected to bring over 8,000 music goers from all parts of South East Asia.

This, he believed will help boost state’s tourism, while at the same time contribute to local economic growth.

Acknowledging the pressure from the waiting game of the formation of new government for the past few days, Abdul Karim jested that it is high time for music festivals such as this to take place, for everyone to unwind.

“We need to see more of this (music festival), as we’ve just recently gone through election, and been stressful in the last few days waiting for the new government to be formed,” he said.

In a press statement released by the organisers, festival goers can expect a sensational array of musical talents from the world which includes headliners The Red Jumpsuit Apparatus from the US, Danilla (Indonesia), Ramengvrl (Indonesia), Phum Viphurit (Thailand), Fur (United Kingdom), Sekumpulan Orang Gila (Malaysia), with fellow Malaysian band Bunkface recently added to the bill, and many more.

Sunbear Festival is an idea conceived with the goal to promote and place Sarawak’s diverse local talents alongside international artistes, besides making Sarawak a prime festival destination on the island of Borneo.

Sunbear Music & Arts Festival 2022 also aims to be an annual festival that displays international and local musicians, local arts and crafts, alongside providing gastronomic experience to both local and international festival goers.

The festival’s concert stage design will incorporate the element of ‘Culture and Art City’ where it will showcase and promote local arts and crafts, whereas the other section – the ‘Hungry Town’ is where one can explore the Sarawak’s food trail.

To enjoy a special 30 per cent discount, bring three Sunbear logo cut-outs that are published in The Borneo Post along with reports on the festival to Tirta Barong at Wayang Street here to redeem the discount for one ticket.

The discount rate is limited to only 200 tickets, and offer ends this Dec 5.

The Borneo Post and Utusan Borneo are the Official Sarawak Media Partners of Sunbear Festival 2022.