Monday, January 30
You are at:Home»News»Sabah»Woman ordered to defend charge of murdering son
For the freshest news, join The Borneo Post's Telegram Channel and The Borneo Post on Newswav. 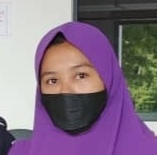 KOTA KINABALU (Nov 25): A woman was ordered by the High Court here on Friday to enter her defence on a charge of murdering her younger son four years ago.

Judicial Commissioner Amelati Parnell made the order on Erina Jimmy, 32, who was accused of killing her eight-month-old son at the worker’s room at Mantanani island in Kota Belud at 1.30pm on October 18, 2018.

In the judge’s reserved ruling, she ruled that the prosecution had established a prima facie case against the accused.

The alleged offence was under Section 302 of the Penal Code which provides for the mandatory death sentence upon conviction.

Erina, who was represented by government-assigned counsel Edward Paul, is expected to call two or three witnesses to testify in her defence.

The prosecution had produced 12 witnesses to give their evidence against the accused.

Meanwhile, a Magistrate’s Court here on Friday ordered a cook to enter his defence on a charge of molesting a woman.

Magistrate Stephanie Sherron Abbie made the order on Samrin Nelsi, 28, after she ruled that the prosecution had established a prima facie case against the accused.

Samrin had allegedly molested the victim at a restaurant in Putatan at 2.20pm on March 25, 2021.
The court set February 19, 2023 for the accused, who was represented by counsel Nabila Norsahar, to answer his defence.

The alleged offence was under Section 354 of the Penal Code which provides for a jail term of up to 10 years or with a fine or with whipping or any two of the punishments, upon conviction.