Monday, January 30
You are at:Home»News»Sabah»Hajiji urged to state his stand on state govt
For the freshest news, join The Borneo Post's Telegram Channel and The Borneo Post on Newswav. 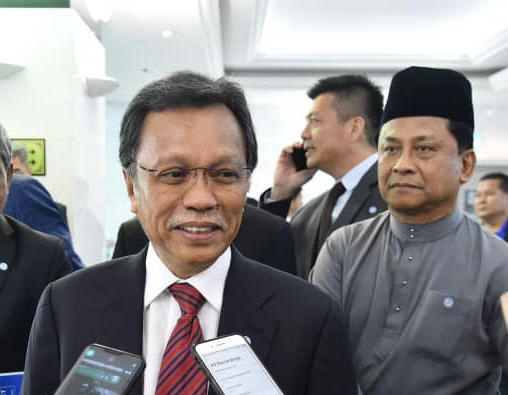 Shafie speaking to the press. On the right is Warisan vice president Datuk Jaujan Sambakong.

KOTA KINABALU (Nov 26): Sabah Bersatu chairman Datuk Seri Hajiji Noor has been urged to state his stand on whether the Sabah state government is in the opposition after Bersatu president Tan Sri Muhyiddin Yassin declined to join the federal unity government.

“We at the federal level are clearly supporting Datuk Seri Anwar Ibrahim in the early stages.

“So are we the opposition in Sabah?” he said here on Friday.

Perikatan Nasional (PN) remains steadfast in not joining the unity government, even after being offered by Anwar who is Pakatan Harapan chairman.

Its chairman, Muhyiddin, on Friday thanked Anwar for the offer but rejected it in the spirit of democracy, saying PN prefers to strengthen democracy by acting as an effective check and balance in Parliament.

Shafie said unity is very crucial for the country to move forward.

“To us any support to the federal government is good. We welcome any support to ensure stability in the country. This is what you call unity, and Warisan has been saying it for years, that we must have a unity government and no one listened to us,” he said.

Shafie who was met at the tabling of the state budget on Friday, added that Warisan wants stability in the country.

“Stability is very important in order for us to move forward. The world cannot wait for us,” he said.

Previous ArticleHigh hopes put on new unity govt for Sarawak to be given autonomy over education, health matters
Next Article Man in Siol Kandis suffers burns after fire destroys house