Wednesday, February 1
You are at:Home»Columns»Exploring Sustainable Development»Should scientists care about politics?
For the freshest news, join The Borneo Post's Telegram Channel and The Borneo Post on Newswav. 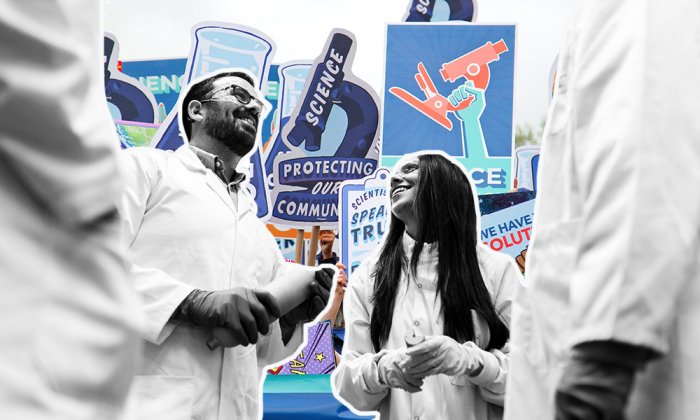 A RENOWNED scientist once told me that we can only make real impacts by walking in the corridor of power. Meanwhile, critics argue that some of the so-called academics have been overly seeking recognition through political engagement, unethically getting promotions through special channels, and unworthily attaining a status beyond their true academic achievements.

Let’s not talk about those who are just fooling around and cheating, but should a scientist – a genuine one – stay away from politics? Does linking science to politics tarnish the ‘halls of science’?

Science is based on objectivity, focusing on the process of establishing facts through testing and experimentation. Scientists make observations, ask questions, develop hypotheses, devise methods, conduct experiments, analyse results, and finally attempt to answer the research questions with the evidence and conclude. This process may be repeated, and new evidence obtained may challenge and overturn previous hypotheses and conclusions.

Political decision-making takes people as the basis and is full of subjectivity and value judgments. It involves not only rational considerations, but also emotional factors stem from differences in culture, region, language, religion, etc. These processes are completely different from scientific analyseswhich strictly require objectivity.

The two seem to be so different, just like oil and water. But in reality, science and politics may be inextricably linked.

On the one hand, politics depends on science. Science has long influenced politics and plays a vital role in policymaking. We have seen some clear examples during the Covid-19 pandemic: determining the mechanism of infection requires scientific studies; deciding what to do about it is a matter of politics.

If politicians are allowed to simply pat their heads and make decisions without input from scientists, the consequences can be disastrous (think about Trump).

In fact, scientists have been influencing our national policies all the time. In many countries, scientists sit on a variety of policy advisory committees at the national and sub-national level, providing policymakers with scientific evidence and interpreting what science tells us.

Furthermore, many civil servants have undertaken systematic scientific training. If we look closely, some even have Master’s or Ph.D. training in sciences. These technocrats, all over government agencies, are important links between science and politics. They work closely with elected representatives and scientists to design policies that affect all of us in this country.

Influences can also come from a broad group of scientists outside the system. There are many scientists in universities and various independent institutions who analyse and critique the policies by publishing academic papers or commenting in newspapers and various media. Their voices may have significant social ramifications, driving the government to re-examine the policies on a scientific basis.

On the other hand, science also depends on politics. Scientific research requires funding at all stages from research design to publication. In Malaysia, public funds are the main source of funding. The questions are who decides the budget allocated to scientific research and who can get how much funding.

A democratically elected government, when allocating resources, will first consider the needs of voters to determine the direction of state-funded scientific research. It is up to the Cabinet and the Parliament to decide what research areas are prioritised and how national resources are allocated. Members of Parliament are elected by voters to defend their interests. The way the money is distributed thus involves politics.

In addition to government grants, research funding can also come from wealthy donors, private foundations, industry organisations, non-profit organisations, various groups, and even religious bodies. Naturally, more funding will go into scientific research related to lucrative sectors, such as coal, oil, and natural gas extraction. There are also prominent environmental organisations that receive generous donations and spend a lot on various scientific research activities on environmental issues. International organisations, such as those under the United Nations system, also have a large amount of funding from membership and sponsorship to spare on research. The political negotiations involving the interests of various countries are even more complicated – look at the COPs.

As such, science and politics seem inseparable.

Separating science from politics may lead to disastrous, horrible consequences. We may see strange data sets that do not conform to reality, when officials artificially manipulate the process of data collection and analyses with political considerations rather than science. A prominent example is the erroneous emission and land use data in some developing regions.

The story of ‘Mr. Corn’ can be a good reminder of the risk of neglecting science.

In the 1950s, Nikita Khrushchev, the then-leader of the Soviet Union, saw corn expansion as the solution to address food security. To ensure the domestic food supply, Khrushchev pushed for a rapid expansion of corn cultivation throughout the territory. In just one year, the sown acreage of corn rose from 4.5 million hectares in 1954 to 18 million hectares in 1955. Khrushchev was lucky with two successive years of warmer weather and thus abundant harvest, making himself ‘Mr. Corn’ who brings miracles to the country.

Unfortunately, Mr. Corn used up his luck when cooler years arrived in the 1960s. The overenthusiastic Soviets continued to expand corn acreage recklessly, without carefully considering the climatic and social conditions. Eventually, productivity plummeted drastically. The glaring failure in agriculture significantly contributed to Khrushchev’s removal in 1964.

In Southeast Asia, a terrible mistake was made by Suharto in the 1990s.

Due to decreasing land availability for rice in Java, Suharto decided to convert more than one million hectares of peatland in Central Kalimantan to paddy cultivation. Experts pointed out the risks of this Mega Rice Project, but science was totally eclipsed by politics. Irrigation became impossible when a lengthy El Nino drought struck in 1997. Enormous fires raged through the province, destroyed farms, and took many lives. It was estimated that the amount of carbon released into the atmosphere could be more than the total emission by the EU in a year.

In our era, we rely on scientists to solve one of the biggest crises that the human race ever faces, i.e., climate change. Given the urgency of the climate crisis, the involvement of scientists in the decision-making process is more important than ever.

In my opinion, scientists should take politics seriously. A better understanding of the political dynamics will make the voices of scientists stronger, allowing science to be used to protect human civilisation and our Mother Earth.

Dr Goh Chun Sheng is a researcher at Sunway University and Harvard University. His research interests lie within the intersection of bio-economy and nature-based economy, with a special focus on both Malaysian and Indonesian Borneo.