Thursday, February 2
You are at:Home»Lite Stories»Vincent Tan: Becoming vegetarian was best decision ever
For the freshest news, join The Borneo Post's Telegram Channel and The Borneo Post on Newswav. 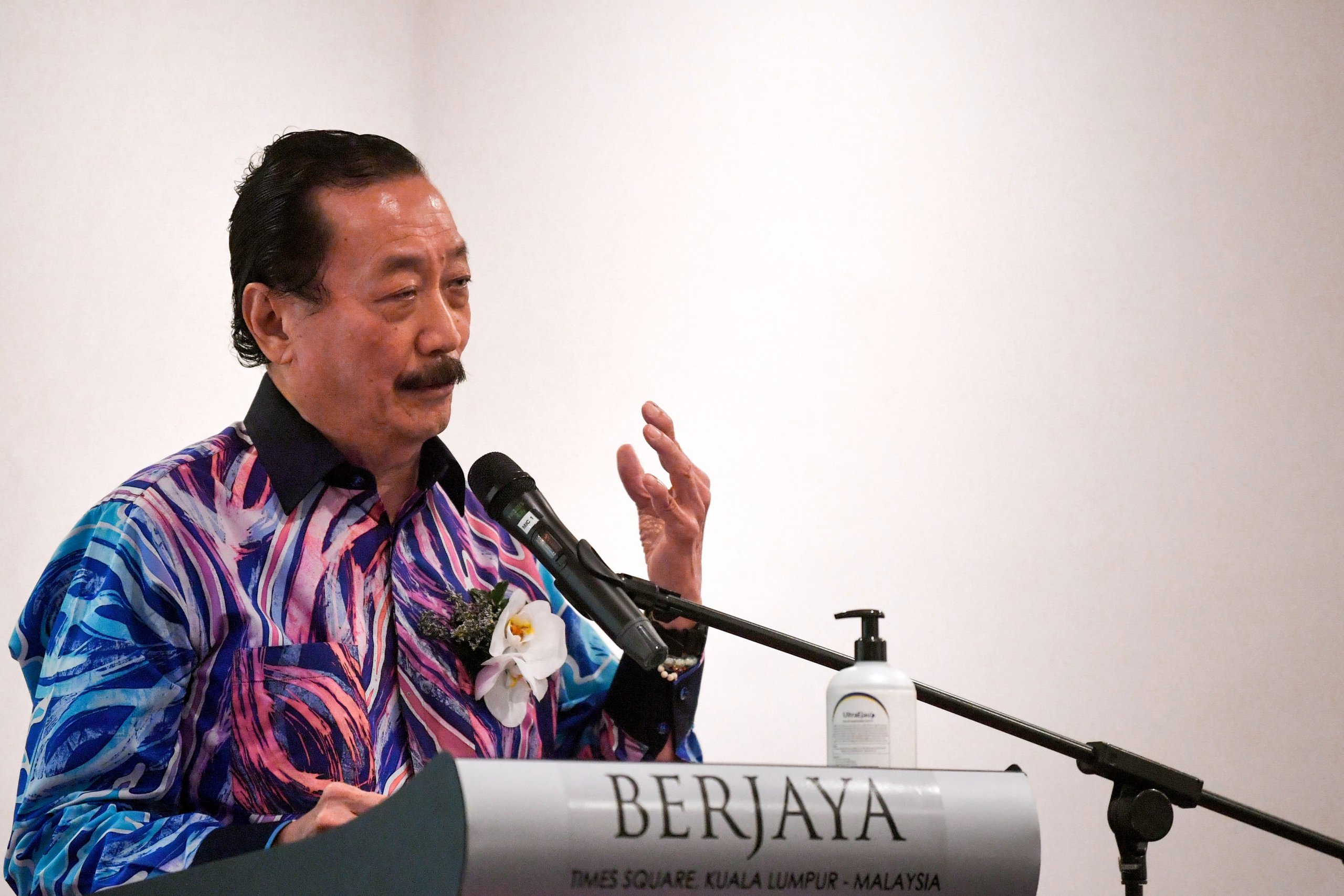 KUALA LUMPUR (Dec 2): Adopting a vegetarian diet for almost seven years now was the best decision ever made by tycoon Tan Sri Vincent Tan which he said had literally changed his life for the better.

The founder and executive chairman of Berjaya Corporation Bhd who turned 70 this year said vegetarianism, added with the healthy habit of keeping away from alcohol and smoking, has to a certain extend helped him to lower the risk for chronic diseases, which was on the rising trend globally.

“Initially it was not easy to replace meat and sea food with vegetarian options but now after years of being vegetarian, I can’t take the smell of meat and even sea creatures like prawns,” he said in his keynote address at the 2nd Malaysian Lifestyle Medicine (LM) conference organised by the Malaysian Society of Lifestyle Medicine (MSLM) at Berjaya Times Square Hotel here, Thursday.

The two-day conference themed ‘Lifestyle Medicine: A Prescription For Chronic Diseases’ starting from Dec 1 will deliberate on how intervention of LM can help meet the target of the United Nations (UN) Agenda for Sustainable Development in reducing one third of premature mortality from NCDs through prevention and treatment by 2030.

Sharing his journey on how he started becoming a vegetarian, Tan said it was during his visit to Taiwan to meet Tzu Chi Foundation founder Master Cheng Yen seven years ago, when she suggested he adopt an exclusively vegetarian diet.

“I visited Master Cheng Yen seven years ago, spending three days in Taiwan. Everything is vegetarian there and I met the Master during one session. It was then that she suggested that becoming vegetarian would be good for me.

“Hence, the best decision I have made in life is becoming a vegetarian after meeting (Tzu Chi) Master Cheng Yen. I feel physically healthier, mentally more alert and spiritually richer,” he said.

Tan believes that vegetarianism is an effective way to prevent many diseases, it has helped to keep his blood sugar and pressure level under control for years though facing a lot of stress in running his businesses.

The philanthropist who also encourages his family and friends to become vegetarian, said he only serves vegetarian dishes when hosting business functions, adding that he also runs a cafe in Berjaya Times Square Hotel which serves 100 per cent vegetarian food.

Tan also said that only 4-5 per cent of the population in Malaysia adopts vegetarianism, while advising parents to inculcate the habit of consuming more vegetables and fruits among their children’s daily diet routine as it will bring benefits in years and decades to come.

“The low number of people becoming vegetarian is because there is a perception that vegetarians only eat salad and nothing else. But I eat nasi lemak, nasi briyani and curry laksa (which is vegetarian),” he said.

“So next time when you come across someone talking about the benefits of becoming vegetarian, please ask them whether they are vegetarian or vegan. If not, tell them no need to preach so much,” he said in jest.

LM is an emerging discipline in healthcare that has the potential to reduce the mortality and morbidity associated with non-communicable diseases.

It is an evidence-based therapeutic intervention that aims to prevent, treat and reverse chronic diseases by addressing the underlying causes and replacing unhealthy behaviours with positive ones.

Its six core pillars are nutrition which is predominantly plant based, physical activity, management of stress, good social connectivity, restorative sleep and prevention of smoking and alcohol. — Bernama