Wednesday, February 1
You are at:Home»Columns»Uncle DI»G20: Join the club!
For the freshest news, join The Borneo Post's Telegram Channel and The Borneo Post on Newswav. 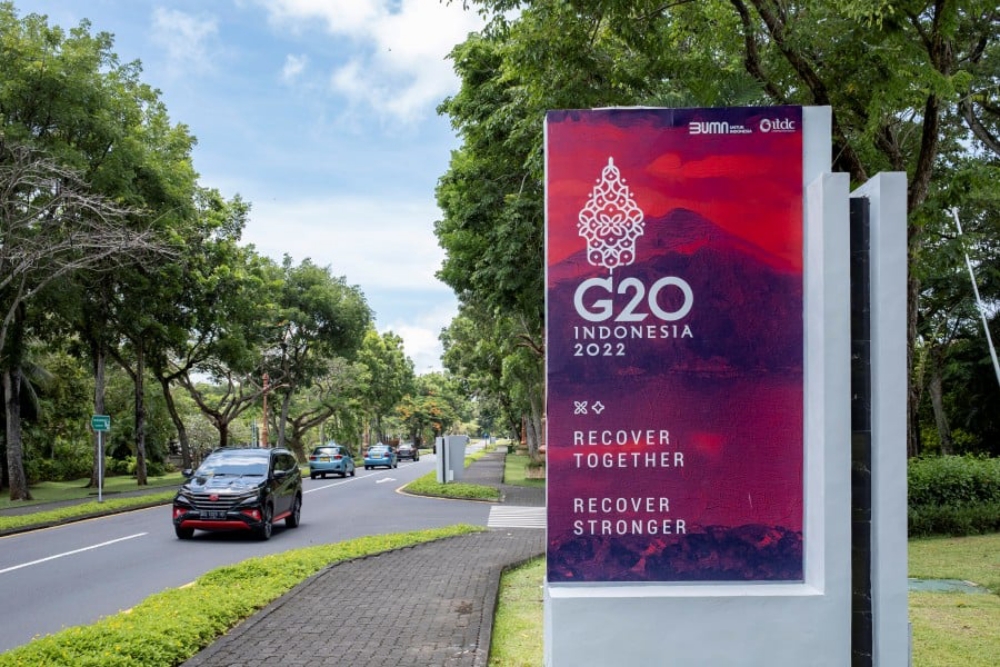 Cars go past the G20 banner near the venue of the summit in Nusadua, Bali in Indonesia. — AFP Photo 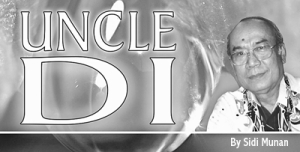 I WISH the new Malaysian government would lobby for membership of the grouping known as the G20.

It is the job of our Ministry of Foreign Affairs to explore ways and means whereby our country can play a meaningful role in international affairs. We must make preparations for entry into the club, if possible as a member, or at least, as a guest, similar to Spain. Spain is a ‘permanent’ guest at the summits of the group.

India is holding the presidency, just taking it over from Indonesia. According to its protocols, it is the prerogative of the presidency to invite any country to its meetings. So it is in Malaysia’s national interest that our diplomats in Delhi and in other capitals to initiate a conversation with their counterparts in terms of accommodating Malaysia in this organisation.

How I wish our country had been invited to the G20 Summit held in Bali, Indonesia, in mid-November this year. We have missed a golden opportunity. Our leaders and diplomats could have had fruitful interactions with those of the other countries, among them the leaders from the most advanced countries in the world. Their combined population constitutes 80 per cent of the world’s.

The largest economies, USA and China, had sent their presidents to the Bali summit. The one president who was conspicuously absent was Vladimir Putin – he was otherwise engaged, such as in wrecking his neighbour’s land.

I also think he was afraid of being snubbed by the leaders of the countries who are not happy with what he has done to the Ukrainians, now facing severe winter without electricity because Putin has destroyed their power plants.

Imagine the benefits that Malaysia would have derived. Our leaders and diplomats could have talked about many issues affecting Malaysia’s relations with another country with which we have a problem.

For example, with China. They could have broached the idea of fine-tuning the Code of Conduct (CoC), long put on the back-burner.

Asean countries badly need a common standard of behaviour so that they know how to adopt stances towards China and the USA.

Malaysia, Vietnam, Brunei and the Philippines, being littoral states, and rival territorial claimants to the South China Sea, would like to know what stance to adopt in terms of their political and foreign relations vis-a-vis these two elephants.

What if they fight!

Asean countries need some sort of rules by which to govern their conduct in foreign affairs in a manner that benefits all – elephants as well as the ants.

Malaysian leaders would have got the hint that China is sticking to the view that the ‘South China Sea dispute has a long history and is complicated … hence it would take some time to have a full and deep discussion’ (thesundaypost – Oct 30, 2022, quoting Bernama).

The hint from the Director-General of the Department of Asian Affairs of the Foreign Ministry of China was quite clear: they don’t want to have a public discussion of this matter.

If our leaders had been in Bali, they would have quietly mentioned to the Chinese diplomats that their Chinese fishermen had been fishing in Sarawak’s territorial waters. Also to the Vietnamese about their fishermen. They could have diplomatically requested that those fishing boats would keep to the international waters – much bigger fish there.

I hope the present government would consider a diplomatic campaign among the members of the G20 seeking Malaysia’s membership of the group within the next five years.

To repeat, G20 is an important forum through which Malaysia can meaningfully interact with other countries, in addition to other conduits such as our embassies / high commissions / consulates and our country’s membership in other world bodies.

Why is Malaysia not in this league? Could the size of the population of a county be one of the criteria to qualify for membership?

Singapore and Switzerland are not members, despite the fact that both countries are major international financial centres in the world. Does the size of the population of a country really matter?

So it appears that the wealth of a country is not the most important qualification for entry into the group. There must be other requirements that must be fulfilled before a country is eligible for membership of the club.

On the face of it, the main qualification looks like the population of each country, plus the potentials of it becoming an economically- strong country in the near future.

So Malaysia must strive to be an economically-strong country before it may be allowed to play in the league – to use the soccer lingo. This would enable our leaders to join in the conversation with any one leader of this important group on an equal footing.

That is, if we want to play an important role on the world’s stage at all. What say the new Prime Minister? And the Minister for Foreign Affairs?

For example, the bilateral meeting between Joe Biden of USA and Xi Jin Ping of China in Bali. There is tension between these two countries over hegemony in the South China Sea. It was a step away from war when the two Presidents agreed to hold a face-to-face meeting in Indonesia.

As Malaysian top leaders were not in Bali in November, they would not be able to know, first hand, what these other leaders were talking about.

Did they discuss a way out by way of a peaceful resolution of the Russian-Ukraine war? Or did they whisper in the ears of the Russian Foreign Minister, Sergei Lavrov, that on his return from Bali he should whisper into the ears of his boss that the leaders at the summit considered his actions in Ukraine blatant bullying?

Well, may shout instead of whisper!

For all we know, Uncle Xi promised Uncle Joe to talk to Uncle Putin, as one friend to another, not to resort to the use of the weapon of mass destruction on the Ukrainians.

We just don’t know what was being whispered in Bali.

These two leaders could have talked about Taiwan in terms of a policy of ‘live and let live’, or peaceful co-existence? It would be a great relief to many people in Europe, and in Asia in particular.

Uncle Putin, you should have been in Bali too. Will you be in India then?

Previous ArticlePelagus Rapids, here we come!
Next Article Give Anwar the benefit of the doubt, says Jayum