Wednesday, February 8
You are at:Home»News»Sarawak»Kitchen explosion in Kuching leaves woman with thigh injuries
For the freshest news, join The Borneo Post's Telegram Channel and The Borneo Post on Newswav. 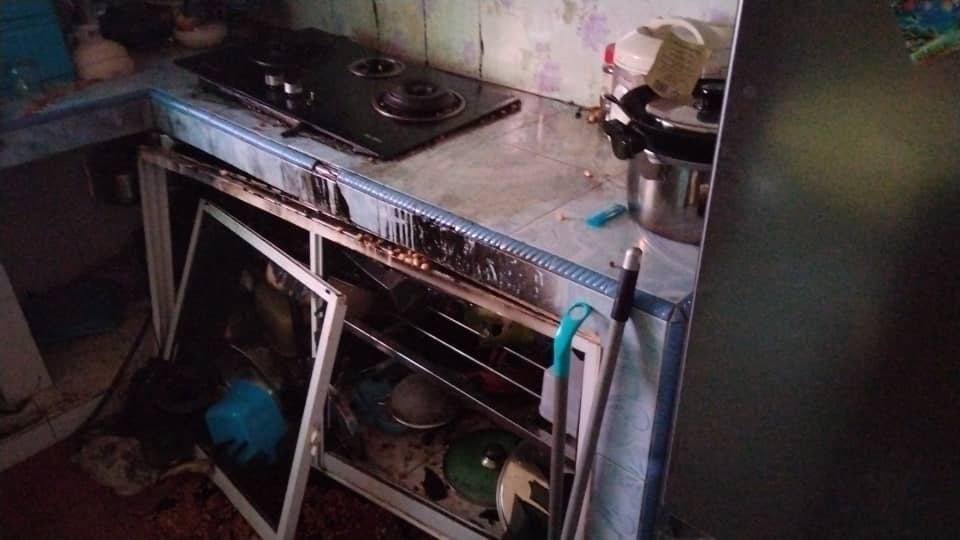 Bomba photo shows the damaged cooking area of the kitchen.

KUCHING (Dec 5): An Indonesian woman sustained injuries to her thigh following a suspected gas explosion in the kitchen of a house in Jalan Nyatoh, Kampung Rampangi in Petra Jaya here today.

The Fire and Rescue Department (Bomba) in a statement said it was alerted to the incident at 8.11am and deployed personnel from the Petra Jaya and Padungan fire stations to the scene.

“The incident involved a cooking appliance and resulted in a small fire on the kitchen cabinet. The structure of the house was not affected,” it said.

The statement said the victim sustained injuries on her right thigh due to being hit by glass shrapnel.

She was given first-aid treatment before being sent to a hospital for further medical attention, it added.