Monday, February 6
You are at:Home»News»Nation»Muhyiddin denies stealing RM600 bln in Covid-19 fund during PM stint
For the freshest news, join The Borneo Post's Telegram Channel and The Borneo Post on Newswav. 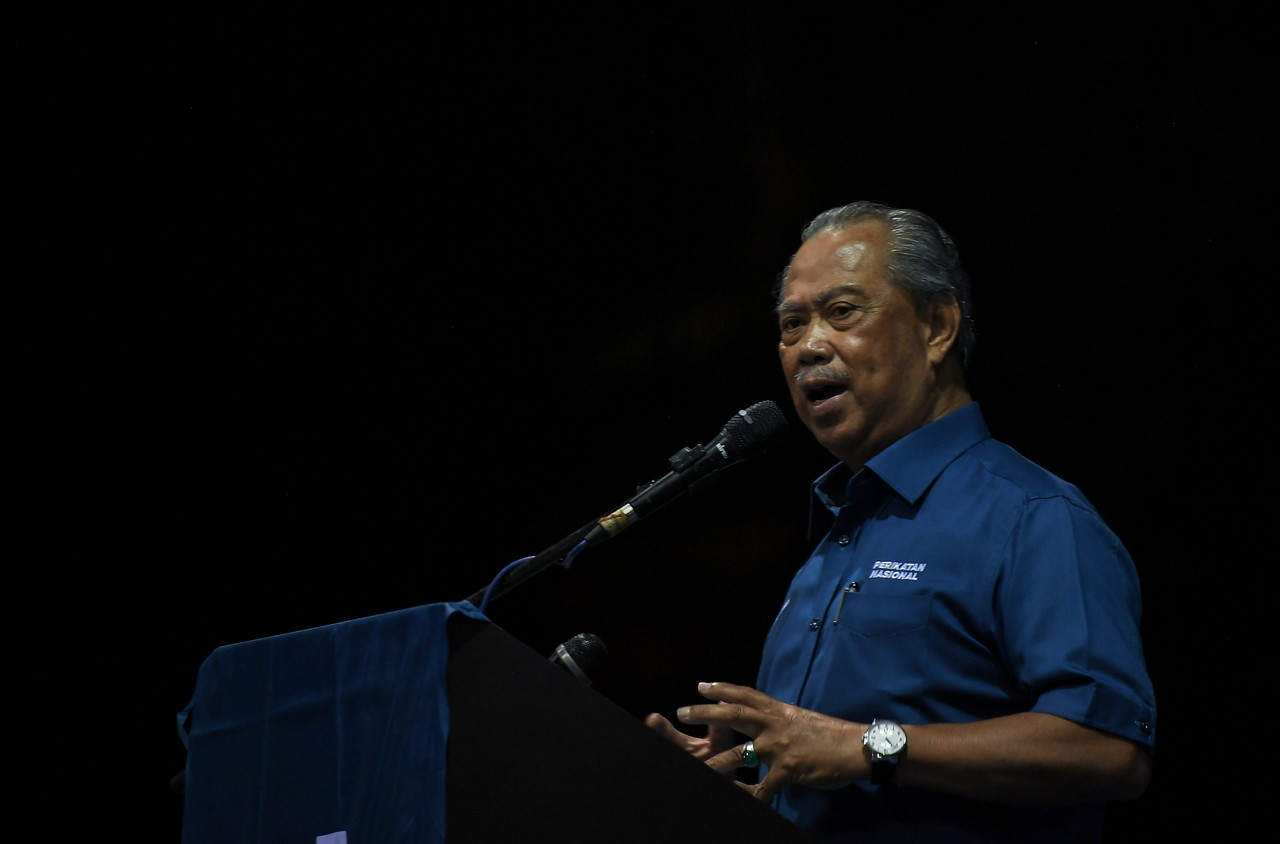 Muhyiddin speaks during a political talk in Pendang on Nov 8, 2022. – Bernama photo

KUALA LUMPUR (Dec 5): Former prime minister Tan Sri Muhyiddin Yassin today hit out at critics who accused him of swindling RM600 billion from government coffers during the Covid-19 pandemic, questioning as to where they derived the sum from and denied the allegations.

The Perikatan Nasional (PN) chairman and Pagoh MP noted that a police report was lodged against him on the matter by Hulu Langat MP Mohd Sany Hamzan, and that a similar allegation was made by newly-minted Digital Communications Minister Ahmad Fahmi Mohamed Fadzil.

“Going back to allegations of misappropriating funds amounting to RM600 billion, I am not sure where this figure is being cited from. I think it refers to the eight Economic Stimulus Packages worth RM530 billion that I implemented when I was prime minister, to help the people and businesses affected during the pandemic period,” he said in a statement.

Muhyiddin said out of the RM530 billion, most of it was non-fiscal and does not involve government expenditure and therefore it is impossible for him to misappropriate.

Muhyiddin said that as the prime minister at that time, he also did not have any authority over the use of the said fund.

He explained that in the finance minister’s statement on 29 June 2021, the expenditure involving government funds in the form of fiscal injections is worth RM83 billion, which includes RM5 billion spending on the purchase of vaccines and direct cash assistance such as wage subsidies worth RM20.92 billion, Bantuan Prihatin National (RM18.2 billion), Geran Khas Prihatin (RM4.21 billion), Geran Khas Prihatin Permai (RM842 million), and the Bumiputera Easy Financing Scheme (RM500 million).

“Not a single penny of this money went into my personal account. It doesn’t make sense that people’s aid money that is directly deposited into their account can be diverted into my account.

“If this happens, it will of course be known through the audit findings made by the National Audit Department (NAD) every year. The Public Accounts Committee (PAC) will of course present a report on it in Parliament,” he said,

“It is impossible for NAD or PAC to overlook it. This is no small thing. It’s a big deal. In fact, Bank Negara Malaysia must have received a notification about the movement of a large sum of money into my account and an investigation started over a year ago. But there was nothing. To infer that I would have halted investigations as prime minister is also not right as I had already resigned as prime minister over a year ago,” he added.

“I’m not afraid of being investigated because I know I’m not misusing the people’s money entrusted to the government to be used for the purpose of helping the people during difficult times.

“My only message to the politicians of Pakatan Harapan and Umno, don’t get busy pointing fingers at others by making false accusations just to cover up the weaknesses of the government that is only a few days old, which still seems to not have any smart ideas to solve the people’s problems. You have become a government, act like a government,” he added.

Calls for an official investigation into the stimulus spending have mounted following suspicions around PN’s well-funded campaign in the lead-up to the 15th general election. Muhyiddin’s Parti Pribumi Bersatu Malaysia is the lead party in PN.

Muhyiddin took office right at the onset of a devastating Covid-19 pandemic that was estimated to have cost up to RM2.4 billion for each day of lockdown.

After he stepped down, he continued as the National Recovery Council handling the transition of the country into the endemic stage. – Malay Mail