Monday, February 6
You are at:Home»News»Sabah»Property developer’s acquittal for CBT upheld
For the freshest news, join The Borneo Post's Telegram Channel and The Borneo Post on Newswav. 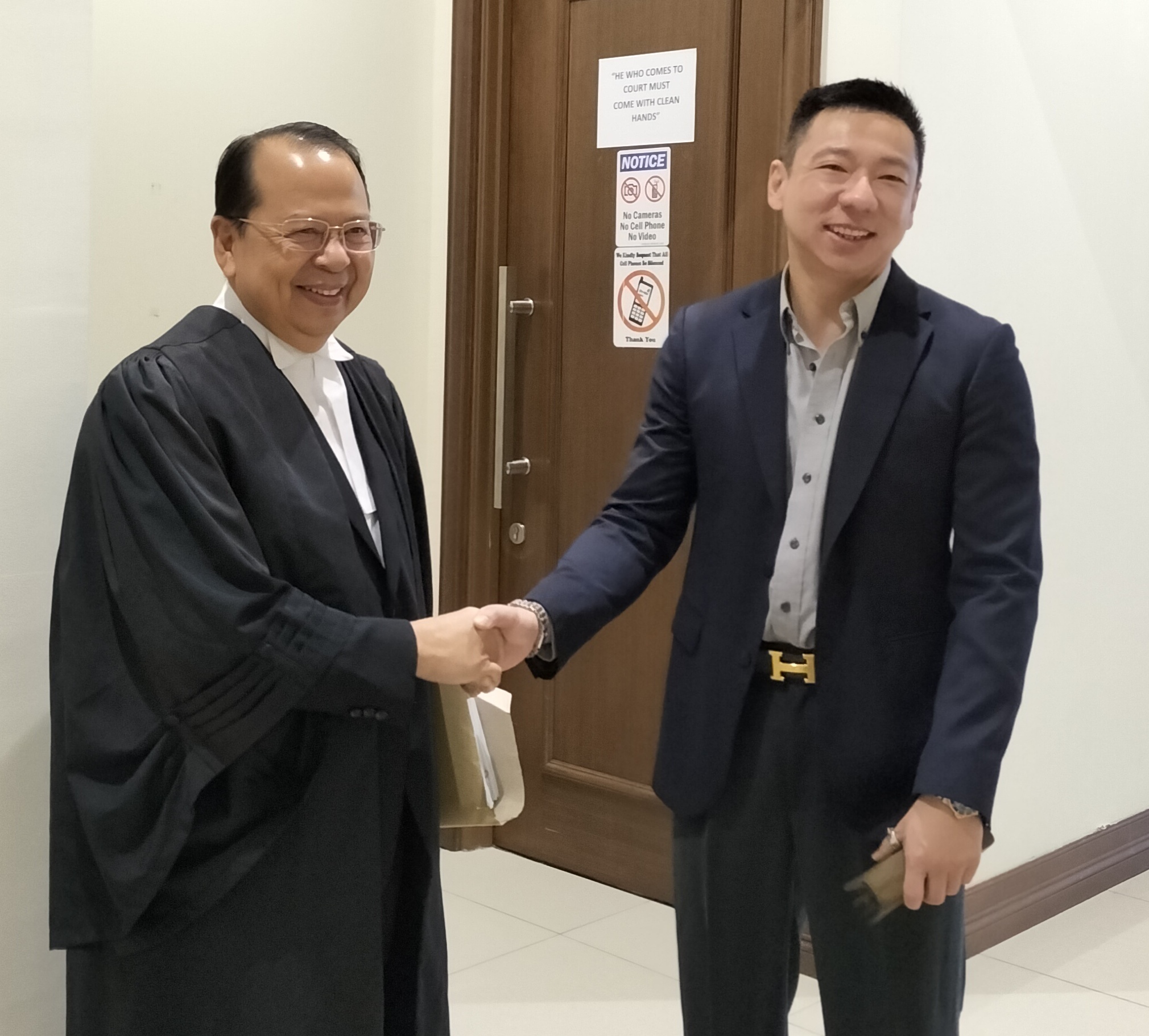 Tee (right) shaking hands with his counsel Maijol after his acquittal was upheld on Wednesday.

KOTA KINABALU (Dec 7): The High Court here on Wednesday upheld the acquittal of a property developer who was charged with committing criminal breach of trust (CBT) involving RM440,000, allegedly committed nine years ago.

The prosecution was appealling against the Sessions Court’s decision which was meted out after a full trial of the 44-year-old respondent (Tee).

The charge stated that Tee as the managing director of a company which was allegedly entrusted with the payment for two houses valued at RM440,000, had allegedly embezzled the money at a bank branch at Jalan Gaya here in August 2013.

The alleged offence was under Section 409 of the Penal Code which carries a jail term of up to 20 years and with whipping, and also liable to a fine, upon conviction.

Previous ArticleDuo get jail, whippings for raping relative
Next Article A deputy minister in Unity Govt may come from SUPP, says party man