Wednesday, February 1
You are at:Home»Columns»Between The Lines»Yes, Minister! Let’s look beyond euphoria of ‘unity
For the freshest news, join The Borneo Post's Telegram Channel and The Borneo Post on Newswav. 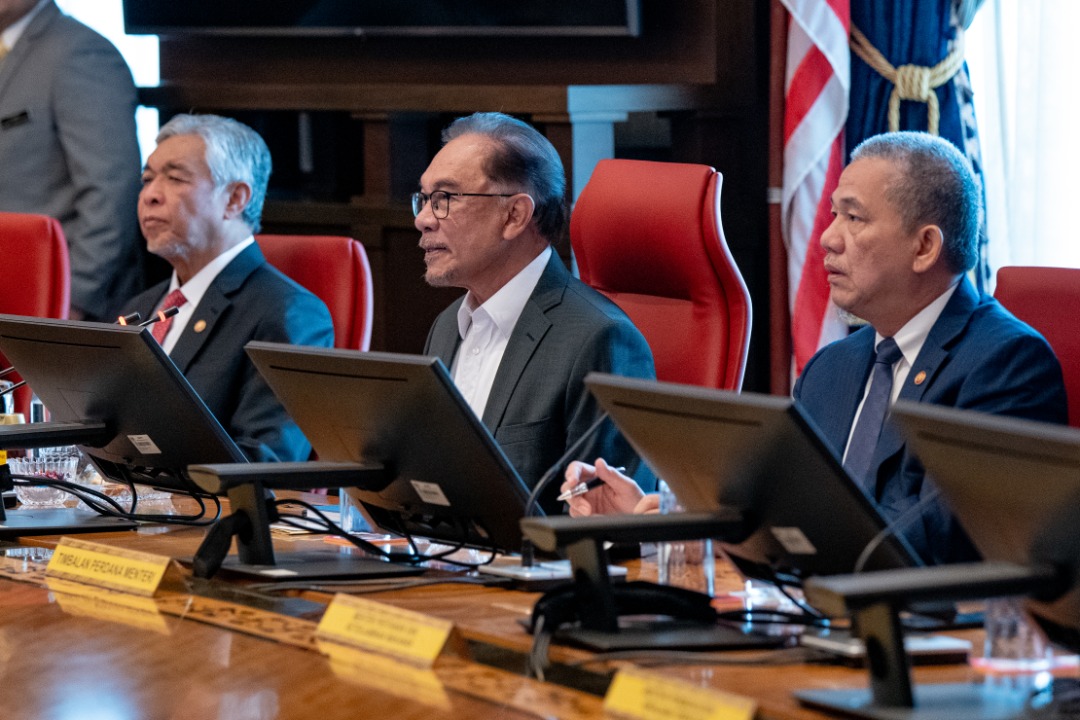 YES, Minister, the Anwar-led ‘Unity Government’ is a new and promising face, as millions yearn to see the country regain its economic strength and sustainability and defeat polarisation in its den.

It is a force of confluence where the dominant political powers have departed from their respective traditions and conventions to pursue a shared destiny and where the economy and industry are set to draw vibrancy to return to buoyancy.

It is a power matrix with a clear framework and propulsion.

As promised earlier, bread-and-butter issue took centre stage at the outset, even at the first cabinet meeting chaired by Prime Minister Datuk Seri Anwar Ibrahim. Inflation and costs of living must be addressed urgently. Whilst previous regimes had to rely on cash handouts to lighten the financial burden of lower-income households, Anwar has sounded his intention to introduce a microeconomic approach that seeks to remedy the situation at its roots and ensure sustainability of reduced commodity costs to benefit the lower income population.

Politics has given way to larger national concerns, and Pakatan Harapan (PH), Barisan Nasional (BN), Gabungan Parti Sarawak (GPS), Gabungan Rakyat Sabah (GRS), Warisan, Parti Bangsa Malaysia (PBM) and other parties are working together to ensure that economic recovery, good governance, and political stability are achieved as soon as possible. Even as the scribe writes, the situation and investor confidence today have shifted. The ringgit has strengthened, and the stock exchange is buzzing.

If the country is governed as a unit, the unity government will have a stronger mandate to stabilise and advance the country. Despite the numerous challenges that the newly appointed prime minister and his government face, the Anwar-led government has made a good start toward restoring the country’s political stability.

Political critics and cynics are concerned if the government would be able to effectively strike a balance between serving the public interest and dealing with internal demands within its unity government, which include former political opponents.

Instead, they can collaborate to identify their points of commonality and create a joint manifesto that covers a wide range of topics.

Yes, Minister, there is no reason for the various parties and coalitions that have joined forces to form the Malaysian unity government to abandon their respective parties’ principles and values for fear of misleading their supporters and voters.

With the high expectation from the public, the unity government would have to weigh how much and how far they could push for reform across the major sectors as well as accede to the demands and needs of the different ethnic and religious groups.

Of growing concern to people from Sabah and Sarawak, where the population is ethnically and religiously diverse, is the brand of politics advocated by PAS, which is perceivably intolerant of followers of other faith and unacceptable in the two Borneo states.

PAS wields sway over Perikatan Nasional (PN)’s pro-Islamic agenda as the party with the most seats in PN compared to Bersatu. Its extremist and racist orientations do not fit into the multiracial matrix of the unity government. On the contrary, they are determined to derail the latter and expand their sphere of influence.

Yes Minister, the unwanted narrow-mindedness of certain politicians displaying their shallow level of tolerance of cultural practices, whether done in ignorance or to achieve some vested political interests, is adding fuel to the fire. It certainly hit a sensitive spot in Sarawakians’ inter-ethnic and inter-religious understanding and tolerance.

In light of the prevailing bigotry and extremism, MPs from GPS and Sarawak’s PH should take a united stance in the government and Parliament to advocate for effective institutional measures to prevent extremism and bigotry from spreading through institutions.

The voices from Sarawak must be heard and heeded. Bold reforms and brave action may be required to effect significant change, but they may heighten existing polarisation.

On the other hand, slow and delayed changes will not impress the supporters.

If you ask any political or bureaucratic leader what the greatest impediment to their ability to achieve is, they would almost certainly mention ‘disunity’.

So, Minister, good governance is more than just good ideas and good politics. Above all, it requires unity within the party as well as between the government and the public sector.

However, in the real world of interest, ambition, and ideology, unity must be worked for.

One advantage of a unity government is that all parties and politicians will temporarily put aside their differences and work together under one government.

Will they all be able to do that successfully?

Yes Minister, you’d agree that ego remains a barrier to progress and effective leadership where MPs value power and pride above all things else during his tenure.

Ego is one of the most significant barriers to people working effectively together as MPs in a unity government, especially when the leader has previously been a bitter adversary. When people are consumed by their egos, their effectiveness suffers.

That’s because the combination of false pride and self-doubt created by an overactive ego gives MPs a distorted image of their own importance. When that happens, they begin to put their own agenda, safety, status, and gratification ahead of those affected by their thoughts and actions.

Yes, Minister, it is a question of self-interest versus ‘sociotropic’ considerations, particularly for ‘bloated’ MPs.

It is more important to focus on how they can all work together in the unity government, irrespective of their party, to restore the people’s mandate and prioritise the well-being of the country.

This cannot be accomplished if those in glass houses continue to cast stones by levelling accusations and calling into question the loyalties of their new allies.

The concept of ‘Unity Government’ is new and uncharted territory for many Sarawak MPs, particularly those in the Cabinet, where the top leadership style is different, the demands for results and delivery are pressing, and the depth of knowledge and sharpness of mind are expected.

They have no choice but to adapt and learn quickly.

Malaysians and the international community are encouraged by the ‘Unity Government’, which many see as a springboard for better moves for the country and its overall standing in the region and beyond.