Saturday, January 28
You are at:Home»Features»Orang Asli: Poverty forcing children out of school
For the freshest news, join The Borneo Post's Telegram Channel and The Borneo Post on Newswav. 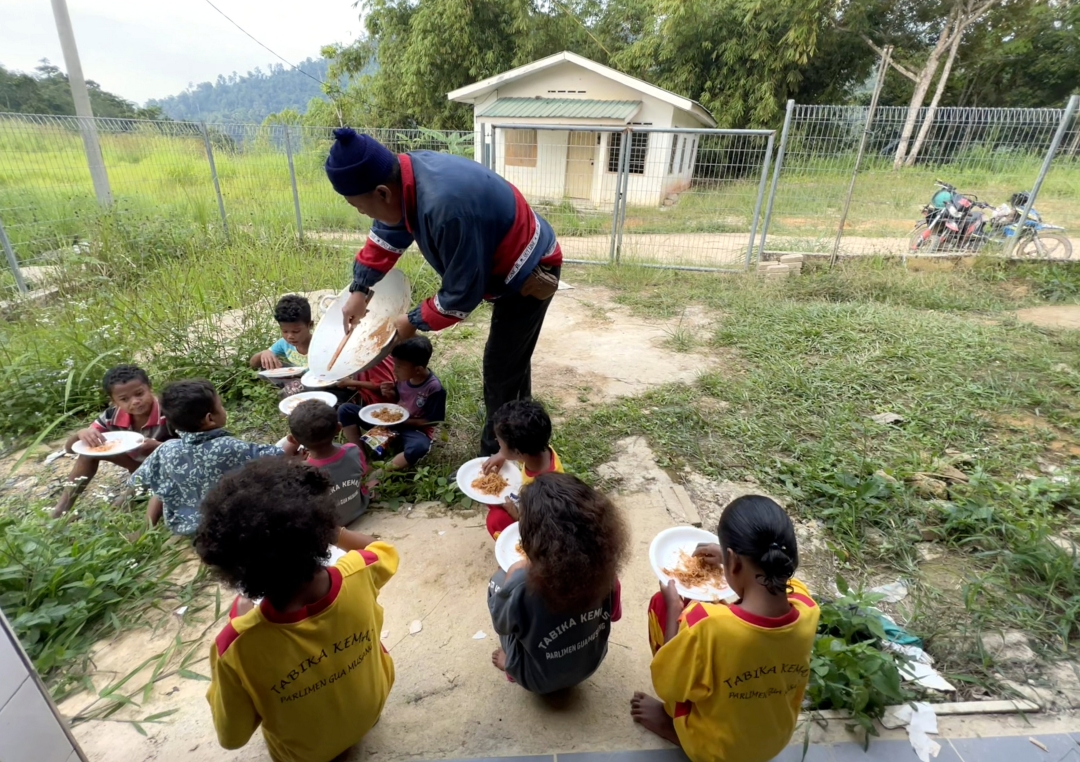 GUA MUSANG (Dec 31): Jamil Gabon often stands by the window of his simple thatched hut and stares at his two-hectare rubber smallholding.

The 40-year-old father-of-three, an Orang Asli from the Temiar clan here, has a lot on his mind. The weather has been unkind since September, affecting his livelihood. Things are getting worse now that the monsoon season has set in.

Jamil’s fellow villagers in Pos Simpor, located deep in the interior of Gua Musang, are similarly agitated and are in dire financial straits as many of them depend on rubber as their main source of income.

“I’ve not been able to tap my rubber trees for three months as it has been raining almost daily. Since October, there has been no income for me from rubber,” Jamil lamented.

He told Bernama there is no point in tapping the trees during bad weather as the rainwater will dilute the latex, rendering it unfit for sale.

The breadwinners in this Orang Asli post are finding it hard to provide for their families as they have no means of earning a side income. They are not lazy but it is the geographical factor – Pos Simpor, located about 98 kilometres from Gua Musang town, is one of the most remote Orang Asli settlements in Peninsular Malaysia – that hinders them from finding an alternative source of income.

Pos Simpor is only accessible to the ‘outside world’ by air or via a hazardous and pothole-ridden dirt or logging road and it will take an arduous journey of over four hours on a motorcycle or four-wheel-drive (4WD) vehicle to reach the nearest town, Gua Musang.

Said Jamil: “We need to have at least RM100 just to go to the town. This too if our motorcycles are in good shape… our bikes are easily damaged due to the poor condition of the road here.”

He is not able to shift his family to the town as it is too costly to rent a house there. Next year, his eldest daughter Jelita will have to go to a secondary school and he is already worrying about the extra expenses.

“Education is free. The hostel is free too. But there are a lot of things I’ll have to buy for my daughter. I will also have to give her some pocket money,” he added. 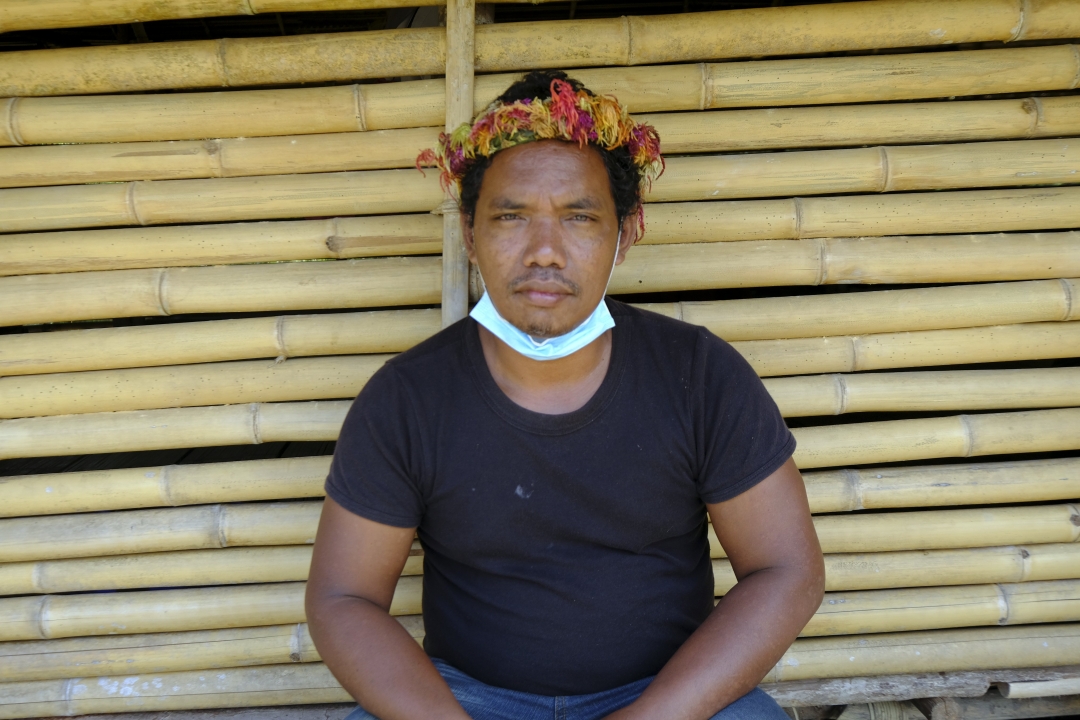 Jamil has not been able to tap his rubber trees for three months as it has been raining almost daily, and has not earned an income since October. – Bernama photo

Most of the residents of Pos Simpor, which has a population of over 900, operate rubber smallholdings and also cultivate tapioca, padi and vegetables for their own consumption.

Due to the financial hardship the families here have to grapple with during the year-end rainy season, some of them don’t send their children to school in January and February. But in the case of certain families, abject poverty has forced them to terminate their children’s schooling.

Jamil said he now has to use his meagre savings to buy food for his family. He has over 200 rubber trees in his smallholding but latex yields are low as his trees are not the high-yielding bud-grafted variety.

The most he can earn is RM200 a month from his smallholding. Sometimes he makes only RM40 to RM50 a month as rubber prices tend to fluctuate in the market.

Pos Simpor’s rubber smallholders sell their products at between RM1.10 and RM3 a kilogramme but most of the time the prices fall below RM2. Their selling prices are usually lower than the market rates because the middlemen buying from them take into account their fuel costs and road conditions.

With such low incomes, it is not easy for Jamil and the other Orang Asli families here to save for a rainy day. And, the rising prices of essential goods do not make things any easier for them.

“I’ve high hopes that one day my children will help to change our lives for the better. I know education is the only way they can make this happen,” said Jamil, whose two younger children are still too young to attend school.

The pressures of life are forcing many Orang Asli families here to give priority to securing food for the family rather than educating their children.

According to Kelantan Network of Orang Asli Villages chairman Mustafa Along, 35, such a situation also prevails in other remote Orang Asli settlements that have to endure economic hardship when their crops are destroyed by marauding elephants displaced by logging and land-clearing activities.

Mustafa, who resides in Pos Simpor, said he and his fellow villagers too, of late, have been encountering frequent attacks on their tapioca, vegetables and fruit trees by wild animals like elephants, wild boar and monkeys.

“In the past, we could set aside some of the money we earned from our rubber smallholdings for our children’s education but not now.

“Ever since the forests at Pos Bihai were cleared, the wildlife from there have been forced to search for food in Pos Simpor, which has impacted our produce. We used to consume whatever we cultivated but now, after the attacks, we’ve to buy food which can be costly for us,” he explained.

Commenting on the food prices, Mustafa said essential goods retailed in Pos Simpor cost RM20 more than in Gua Musang town. The retailers mark up the prices to take into account the remoteness of the Orang Asli post and their fuel costs.

Should any villager choose to buy their essentials from the town itself, it is bound to be a costly affair as they will have to rent a 4WD vehicle for a hefty RM800.

Mustafa said although government aid for rubber smallholders is available via the Rubber Industry Smallholders Development Authority (Risda), many Orang Asli smallholders in the interior areas of Gua Musang do not qualify for the aid as they don’t have grants for their land.

“In this respect, the Orang Asli concerned have been given leeway to get a letter from Jakoa (Department for Orang Asli Development) to confirm they operate the smallholdings.

“However, many of them have not been able to receive the aid because it’s so costly for them to travel to the town to register and apply for the Rubber Transaction Authority Permit (PAT-G),” he pointed out.

According to Kampung Orang Asli Kuala Wook Customary Land chairman Jimi Angah, 46, the plight of the Orang Asli, particularly those living in permanent forest reserves, worsened following amendments to the National Forestry Act in August this year which, among others, prohibit them from procuring forest produce for commercial purposes.

The National Forestry (Amendment) Bill 2022, passed by the Dewan Negara on Aug 8, is aimed at controlling the process of degazetting and replacing permanent forest reserves as well as strengthening forest enforcement to combat activities involving the procurement of forest produce without permission.

The amendments have unwittingly thrown sand into the Orang Asli’s rice bowl. For generations, they have been foraging for food and other natural products from the jungles which they sell to make a living and educate their children.

Said Jimi: “Previously, we could go into the jungle for a week and collect more than 200 pieces of rattan which we could sell for over RM1,000 because of the high value of rattan. But now we’ve lost that source of income… it’s difficult for us to put food on the table and send our children to school.”

The Orang Asli have for years been hounded by poverty and the hardship endured by their families often drives the youngsters, particularly those in secondary schools, to quit schooling and move to greener pastures to work.

He said due to the high rate of absenteeism, many pupils tend to drop out of school when they are not able to follow the lessons or remember what they learned earlier. 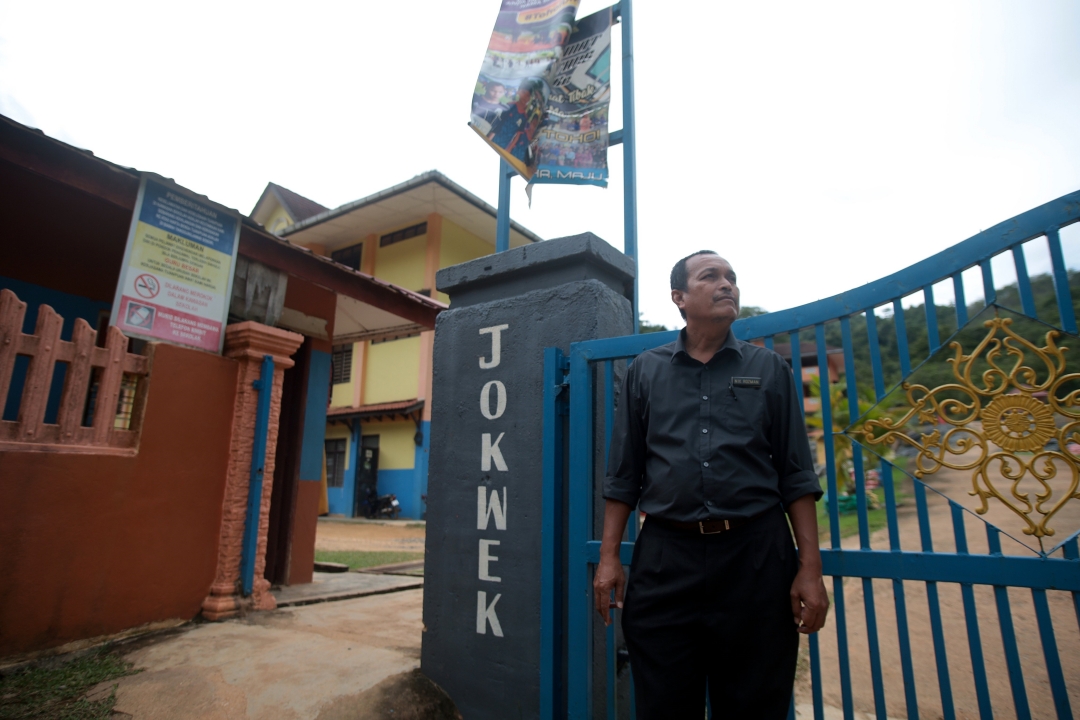 Nik Rozman patiently waits for the arrival of students at the main gate of SK Tohoi. – Bernama photo

“Our school has an enrolment of 236 and 109 of them are from the 12 villages in Pos Simpor and stay at the hostel. Even with the hostel facilities, food and other aid given to them at the start of the year, they won’t return to school when the monsoon sets in or during the fruit harvesting season.

Datuk Isa Ab Hamid, a former senator who represented the Orang Asli in the Dewan Negara, admitted that the indigenous communities are still impacted by poverty which, he said, is one of the main factors for the high school dropout rate among their children.

The Orang Asli poverty rate in 1999 stood at 50.9 percent, as stated in the Eighth Malaysia Plan.

Former minister in the Prime Minister’s Department (Economy) Datuk Seri Mustapa Mohamed was quoted as saying that the incidence of poverty among the 200,000 Orang Asli nationwide stood at 34 per cent before Covid-19 struck the nation.

Isa, however, said studies have indicated that the Orang Asli poverty rate worsened after the Covid-19 pandemic set in. Currently, 41.4 per cent of Orang Asli settlements are classified as still backward and 52.6 per cent as moderately developed.

“In fact, one study done in Perak showed a poverty rate of 54 per cent among the Orang Asli living in remote areas and in suburban and urban areas. Poverty is the main factor preventing many of them from continuing their secondary school education,” he said, adding that the dropout rate spiked during the pandemic as many Orang Asli students could not follow the online classes as they did not have computers or Internet access or even electricity supply for that matter. 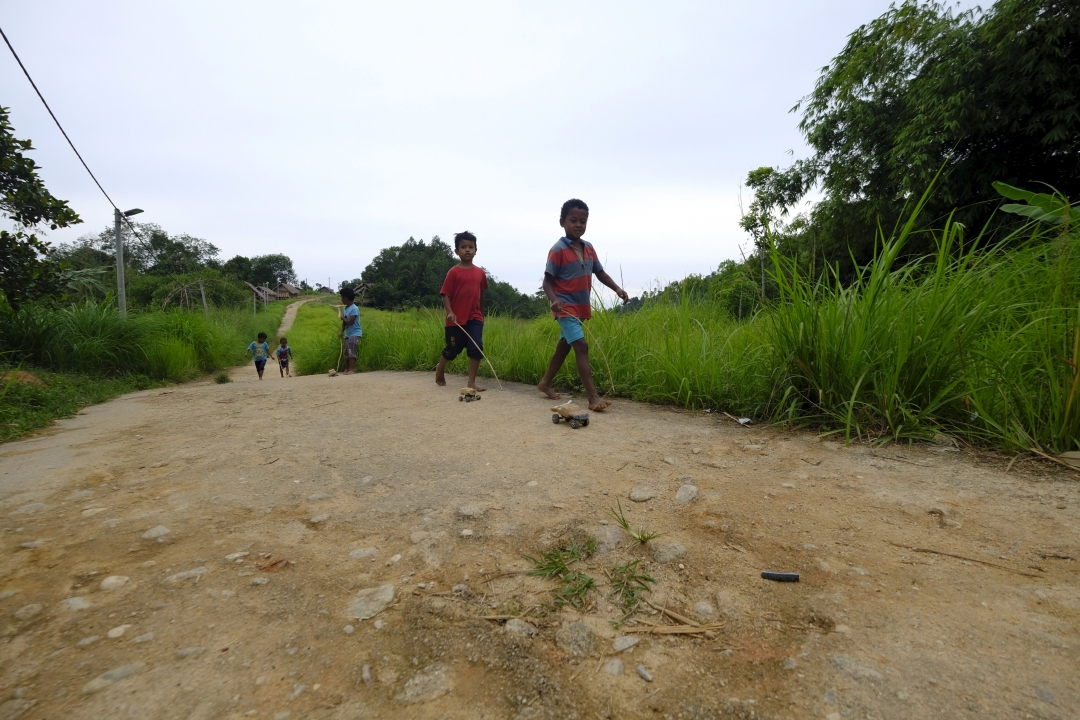 Isa said the dropout rate was higher in secondary schools than in primary schools with 100 per cent Orang Asli student enrolments.

“In the case of these primary schools, all the pupils are entitled to the aid given by Jakoa or MoE. But when they enter mainstream secondary schools, not all of them receive the aid given by MoE… they have to go through a screening process and certain conditions have to be met. There are also quotas,” he said, adding that even the MoE’s Supplementary Food Programme is only applicable to primary schools.

Acknowledging that the government gives secondary school Orang Asli students RM4 daily as pocket money (usually given at the end of the month based on their attendance record), Isa said the children get the money fast sometimes but at times it can take months so much so they have no money to buy food. This is especially true in the case of Orang Asli students travelling to and from school daily.

“The journey from their home to the school itself sometimes takes more than three hours. When they have no money to buy food, they are forced to go hungry from morning till evening.

“They then lose the motivation to study and feel it’s better for them to help their parents to support their families,” said Isa, pointing out that the situation is rather acute in Gua Musang and the interior parts of Pahang and Perak.

He added that if the Orang Asli poverty issue is not addressed holistically, their children will continue to be deprived of quality education. – Bernama