Wednesday, February 1
You are at:Home»Columns»Uncle DI»Gender equality …?
For the freshest news, join The Borneo Post's Telegram Channel and The Borneo Post on Newswav. 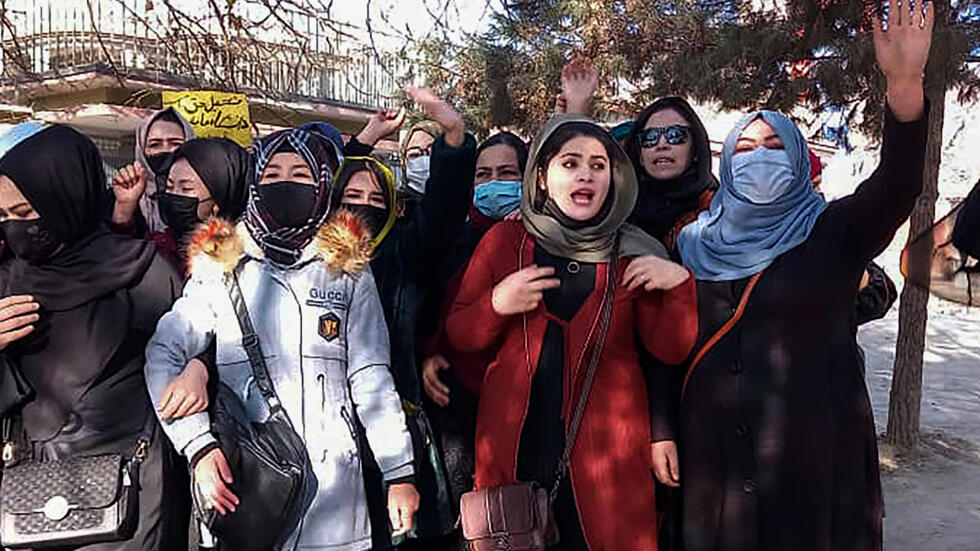 Small groups of Afghan women staging protests in Kabul to protest against them being banned from university. — AFP photo

IN a previous column, I wrote about ‘NO POVERTY’, the first goal on the list of the 17 goals of the United Nations (UN).

This week, let’s look at ‘Gender Equality’, with particular reference to the inhumane treatment of the women by the governing authorities in Iran and Afghanistan. And a bit about our own women, for good measure.

I was visiting a few homes during the Christmas celebration. At the home of a buddy, it did not take long before the conversation started to move towards the new Malaysian government. Will it last till the end of its term, or is there likely to be a similar attempt like the infamous Sheraton Move to remove an elected government in Malaysia?

I wish I had the crystal bowl to see what is going to happen.

As I was tearing myself away from discussing the local issues, preferring to comment on the news from Iran and Afghanistan, someone in the group up shot out.

“What’s happening to the women in Iran and Afghanistan is not the serious concern of the Malaysians!”

The speaker was sozzled, having had a little too much seasonal cheer.

I did not react to his outrageous view, out of respect for the occasion, and for our host.

I had just commented generally on the lack of public reactions from prominent women or women groups in Malaysia to what’s happening in Iran and Afghanistan.

Our female members of Parliament have been keeping audible silence on the plight of the women in these two countries.

If I have missed any discussion in Parliament of this nature, please forgive.

In Iran, excessive force was used by the law enforcers on the women protesting against the death in custody of Mahsa Amini. Her crime was that she did not comply with the government- imposed dress code.

The UN Human Rights Council chief is now calling for a stop to the killing of protesters.

And in Afghanistan, the ban on women and female children from getting school education has been condemned by women in many countries, especially teachers. To add insult to injury, the women are not allowed to go to university.

I am glad that the Minister of Higher Education of Malaysia Datuk Seri Mohamed Khaled Nordin has made a statement to the effect that the Afghan government should reconsider its decision to ban women in university.

In Malaysia, I don’t remember listening to a mention in Parliament of the enforced disappearance of Pastor Koh, Amri Che Mat and Joshua Helmy. It has six years now since they were alleged to have been abducted by men in masks (not connected with the Covid-19!).

I hope that our new MPs from Sarawak, especially the female backbenchers, will show an open concern over the enforced disappearances. The poor wives are worried, and wondering if their loved ones are still alive.

I am sure our women are sympathetic with these wives, but do not find it appropriate to show open support for them.

What about women in power? What are their reasons for withholding public support in issues such as this one?

I don’t know who or what they are waiting for.

I respect their right to ‘play safe’, but still wonder if, being lawmakers, they were not seen by the public as being indifferent to the suffering of wives whose husbands are missing in suspicious circumstances.

Susanna Liew, wife of Pastor Koh, has consulted lawyers for advice. So has Norhayati, wife of Amri Che Mat.

The new government should act to put a closure to each of the cases of enforced disappearance. That would enable the world to judge us as a country that recognises the rule of law.

It would also mean that the public inquiry conducted by the Human Rights Commission of Malaysia (Suhakam) in 2019 was not a waste of time. Saving the credibility of Suhakam is crucial.

Meantime, let us pray for the safety and return of these missing persons to their respective family. Almost six years now – it is a long anguish time for the families and friends!

Generally, our Malaysian women do not openly criticise a foreign country. However, quietly, they disapprove of the latest ‘education policy’ of the Taliban rulers.

They should speak up through their representatives in Parliament, if singly or in group they may find it a bit awkward to make public statements because of religious or political considerations.

Many people regard the governing Afghan political leadership as being unwise for not allowing their women to get formal education. In almost every other country, including our very own, providing educational facilities to the citizens is one of the primary responsibilities of the governing authorities.

I do not subscribe to the policy of ‘minding our own business’ in the world so interconnected.

At least, Datuk Seri Mohamed Khaled Nordin has written to his Afghan counterpart, suggesting that the policy of banning women in higher education be reconsidered ‘as it is detrimental to the educational development of Muslims’.

Yes, Minister! If I were you, I would qualify that political statement and substitute it with ‘as it is detrimental to WOMEN, Muslims and non-Muslims alike’.

Hey, who am I to tell a Minister of Higher Education what to say? Except to say ‘Happy New Year’ and ‘Thank You’ to everyone who has been reading my columns, and to anyone else who has been busy to read newspapers because they have had other more pressing matters to attend to.