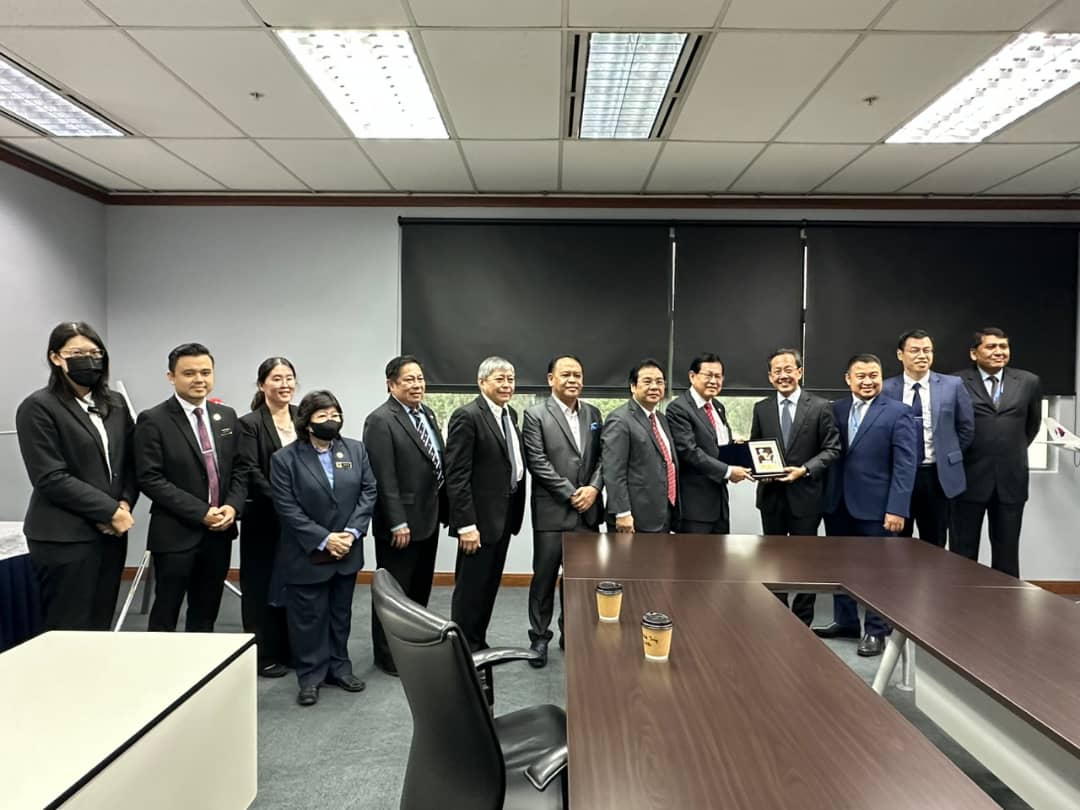 Lee (fifth right) presents a souvenir to Izham at the MAB Academy in Petaling Jaya.

“Firefly, the low-cost arm of Malaysia Aviation Group (MAG), has obtained three additional flights for the Penang to Kuching route.

“Malaysia Airlines has increased their domestic flight frequency for Kuala Lumpur to Miri route to three times daily and four times daily on Monday, Friday, and Sunday,” he said during a meeting with Transport Minister Dato Sri Lee Kim Shin at MAB Academy in Petaling Jaya on Wednesday (Jan 11).

During the meeting, Lee called on MAG to improve flight connectivity for leisure and business travellers to and from Sarawak as there will be an increase in oil and gas sector activities with Shell Malaysia moving its headquarters to Miri.

He also called on MAG to bring more international passengers to the state through its international networks and partners from some 1,000 destinations worldwide via code sharing and airline partnership arrangements.

Among those present during the meeting were Transport deputy ministers Datuk Dr Jerip Susil (Aviation and Road) and Datuk Henry Harry Jinep (Riverine and Marine).