Tuesday, February 7
You are at:Home»News»Sarawak»Bidayuh Cultural Village gets additional RM3 mln from S’wak govt
For the freshest news, join The Borneo Post's Telegram Channel and The Borneo Post on Newswav. 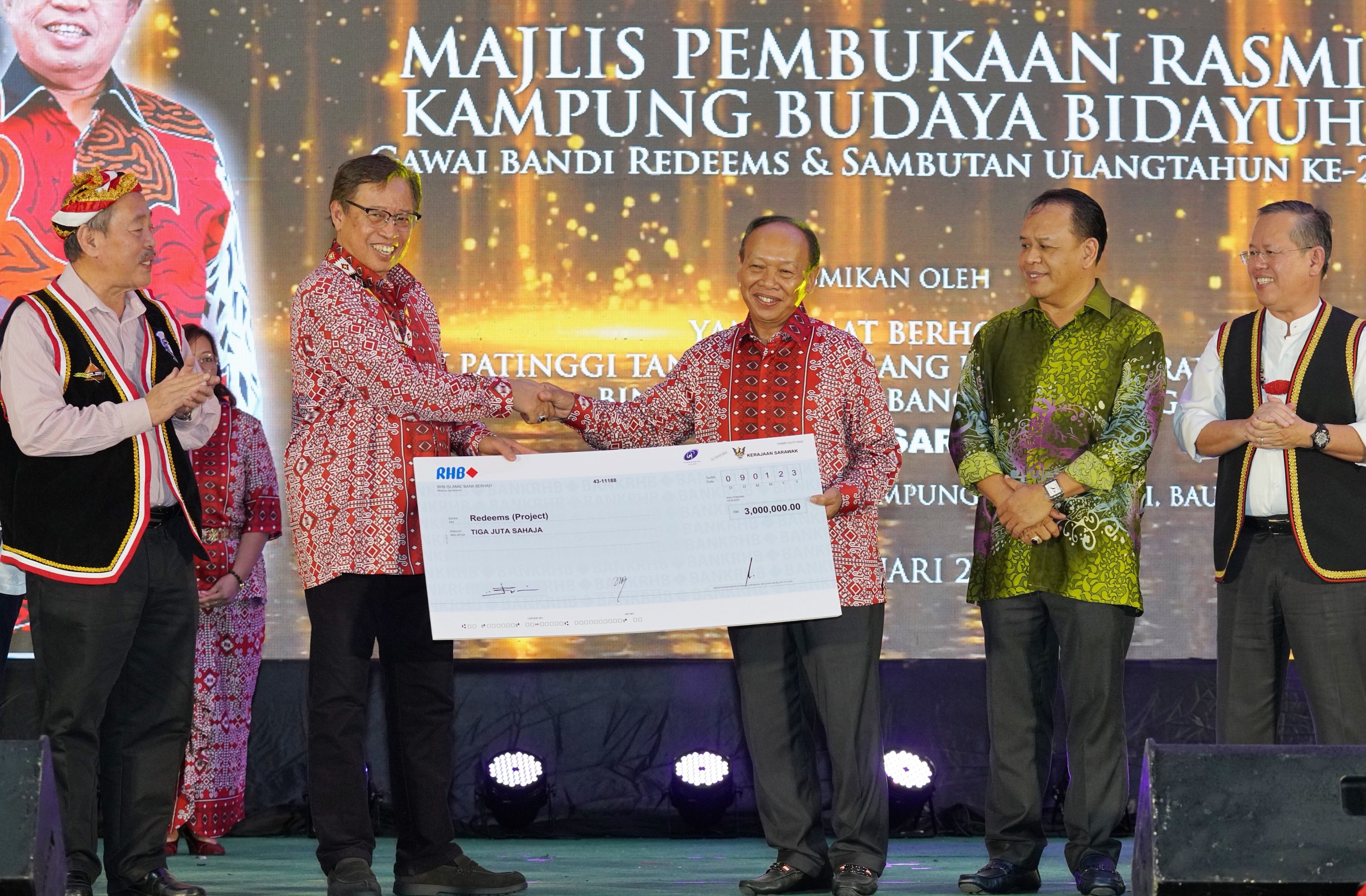 Speaking at the official opening of the BCV last night, he said the extra funds for BCV was approved following a request made by Association of Research and Development Movement of Singai Sarawak (Redeems) president Datuk Peter Nansian.

“We see your centre. Of course, not adequate, you need some more money. Okay lah, if you need RM3 million, okay for you. Just pray that the revenue of Sarawak keeps on increasing,” Abang Johari said.

Abang Johari also said Sarawak is very lucky because the culture of Sarawakian family is still strong among its people irrespective of racial and religious background.

“That is something which is very valuable to us. Irrespective of our racial or religious background, we live in harmony. People say if you pinch us on the right side, the hurt is also felt on the left side.

Meanwhile, Nansian said Abang Johari as the Premier has been very supportive of the BCV project by granting state grants totalling RM5.6 million for its construction.

He also said BCV is to be used for community development, social enterprise, cultural activities and tourism development events at local and international levels.

“It is called Bidayuh Cultural Village because it is situated at a Bidayuh area and built according to the Bidayuh Traditional Longhouse concept, but using modern construction method for durability and contemporary usage,” he said.

He added that even before BCV was fully completed last year, the International Spartan Run was held there and the organiser for this event series have booked to do their event for this year in October, this year here too.

“Thus, this BCV is not only for the use of local community and all the races in Sarawak but also for national and international use,” he said.

The BCV features a concept of Bidayuh traditional longhouse with modern characteristics for durability and contemporary usage for cultural activities and tourism development, as well as social enterprise and community development.

According to Nansian, also held concurrently last night were the 25th Anniversary of Redeems and the Gawia Bani which was he traditional house-warming blessing and celebration for declaring open a new building especially a significant one like BCV.

He recalled that the first major project at Redeems Centre in 2022 was its Baruk as its administrative centre which was launched by Abang Johari when he was the Tourism Ministers at the cost of RM500,000.