Thursday, February 2
You are at:Home»Lite Stories»Chinese New Year busiest time of year for traditional joss stick maker
For the freshest news, join The Borneo Post's Telegram Channel and The Borneo Post on Newswav. 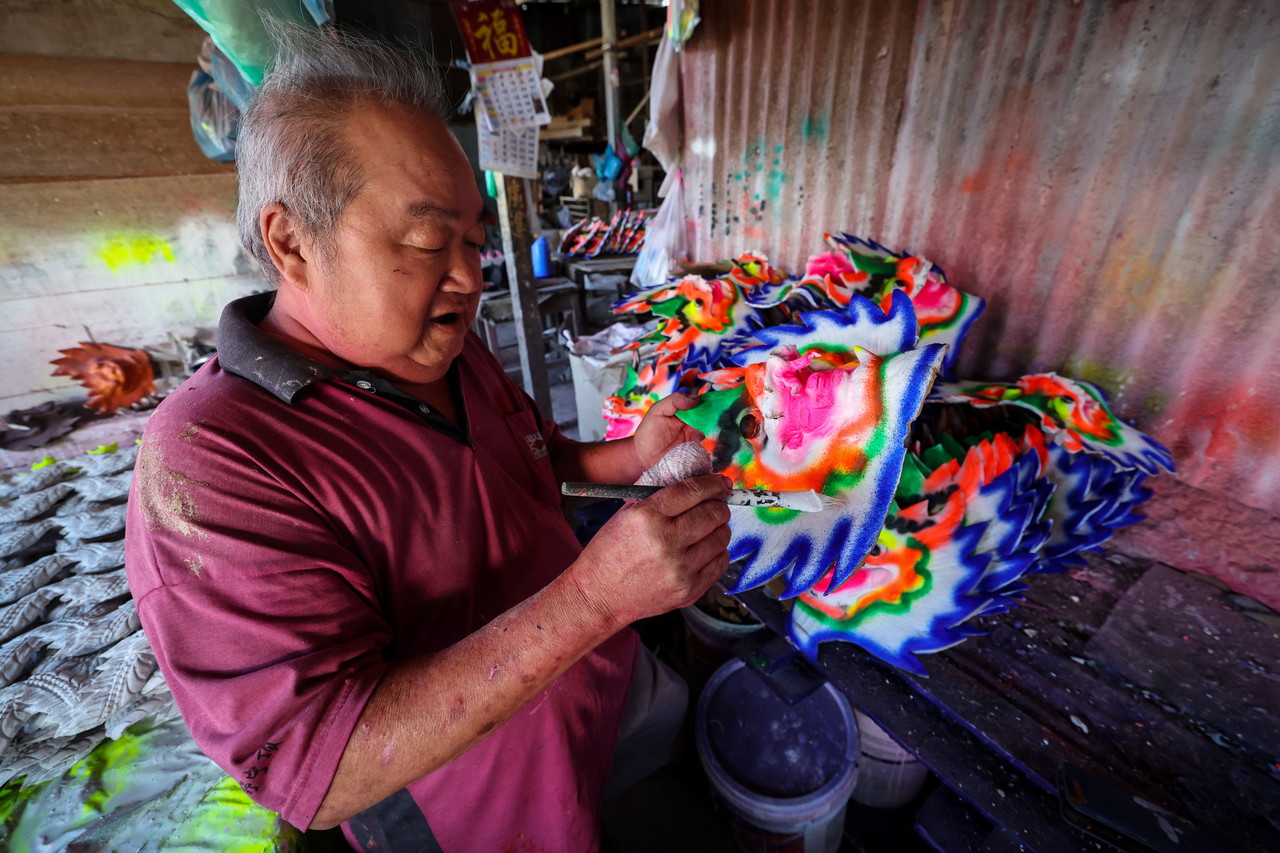 Ong said he starts making the traditional joss sticks as early as 8am to complete orders which come from Perak, Kelantan, Sarawak, Sabah and even Thailand. — Bernama photo

Ong, 63, said he has been receiving endless phone calls and people physically coming up to the factory to place their orders, which amounted to more than 2,000 orders this time around.

“During this festive season, we send out about three lorries containing 70 various sizes of joss sticks in each lorry daily,” he told Bernama when met recently at his factory in Kubang Semang. 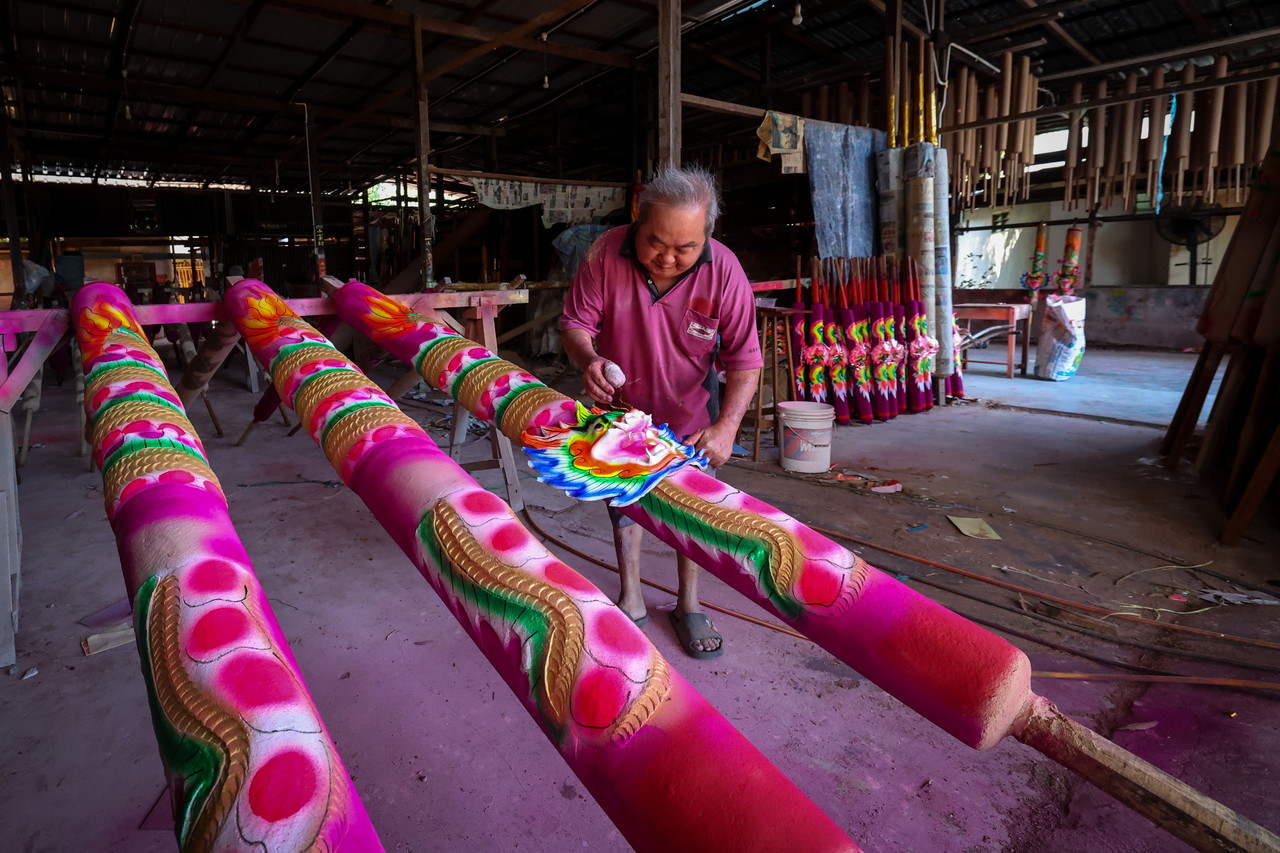 Ong putting the finish touches on a traditional joss stick in his factory in Kubang Semang. — Bernama photo

He said that he started making the traditional joss sticks as early as 8 am to 6:30 pm to complete the orders which came from Perak, Kelantan, Sarawak, Sabah and even Thailand.

Ong said orders for his products increased in demand with the upcoming CNY celebration whereby his sales would likely rise about 10 per cent compared to other months.

“It all started with my grandfather Ong Ah Kaw, who started this factory 62 years ago. I took over this business when I was 22. I slowly developed my skills and currently employ about 12 workers,” he said.

He said that he decided to maintain the traditional method of making joss sticks because most of his customers prefer handmade joss sticks compared to machine-made ones, hence enabling his business to survive up to this day. 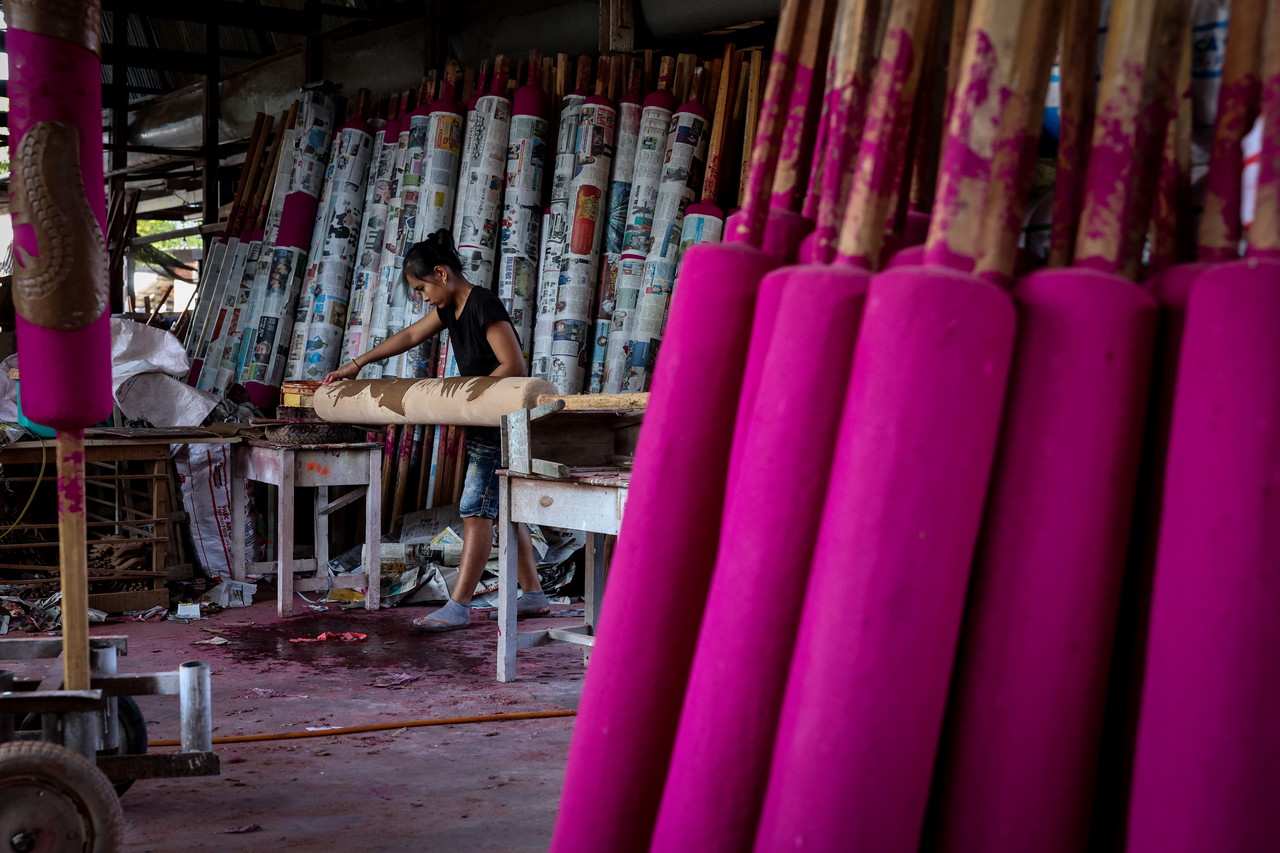 Ong said he decided to maintain the traditional method of making joss sticks as most of his customers prefer handmade joss sticks compared to machine-made ones. — Bernama photo

Elaborating further, he said they used wood dust to make these joss sticks by hand before they were carved and painted.

Ong, who learned to make joss sticks from his grandmother when he was 14, said he sells about 50 designs of joss sticks with prices ranging from RM18 to RM600.

“The most challenging process of producing large joss sticks is making the dragon shape on the outer layer, especially the three-dimensional type that is the choice of many now.

“I am glad to be keeping this traditional business alive,” he added. — Bernama