Monday, February 6
You are at:Home»News»Sarawak»Premier: Integrity in carrying out projects more important than debating ceiling sum under S’wak’s management
For the freshest news, join The Borneo Post's Telegram Channel and The Borneo Post on Newswav. 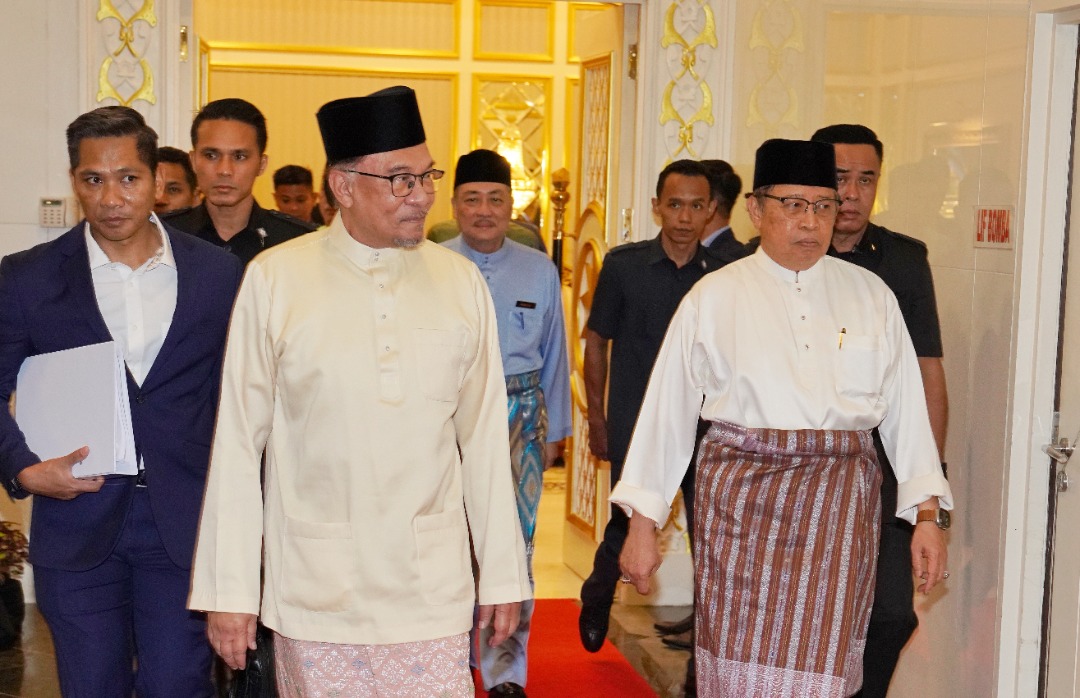 Abang Johari and Anwar arrive for the press conference. Hajiji is seen behind them. – Photo by Chimon Upon

He stressed integrity as a virtue is far more important than debating on the ceiling sum of federal funded projects to be managed by the state outright.

“The ceiling sum for federal funded projects can be increased but when it comes to procurement procedure, there must be integrity involved,” he told a press conference with Prime Minister Datuk Seri Anwar Ibrahim at the State Legislative Assembly (DUN) Complex in Petra Jaya here today.

Anwar had said that when the procurement procedure runs smoothly, there would be no problems with increasing the ceiling sum.

Currently the federal unity government has given Sarawak and Sabah the authority to manage federal funded projects costing RM50 million and below.

Abang Johari also thanked Anwar for being instrumental in resolving several outstanding issues between the federal and state governments.

“On behalf of Sarawak, I thank the Prime Minister for resolving several matters arising from the MA63 (Malaysia Agreement 1963) during our meetings,” he said.

Among them was the technical aspect of implementation of MA63, he said referring to the ceiling sum of RM50 million for any federal funded project and the appointment of a representative from Sarawak on the Inland Revenue Board (LHDN).

Sabah Chief Minister Datuk Seri Panglima Hajiji Noor, who was also present, said Anwar had helped resolve sticky issues involving the management of oil and gas in Sabah and the special annual grant provided for by Article 112D of the Federal Constitution.

Earlier on Anwar had said the federal government has agreed to increase the amount of the special grant for Sabah and Sarawak.

However, he said the special formula for the annual grant had yet to be finalised.

For a start, the Finance Ministry would raise the amount to RM300 million for Sarawak, while Sabah would receive RM260 million, he added.