Wednesday, February 8
You are at:Home»News»Nation»PM: Govt to uphold integrity, reject corruption to realise country’s development plan
For the freshest news, join The Borneo Post's Telegram Channel and The Borneo Post on Newswav. 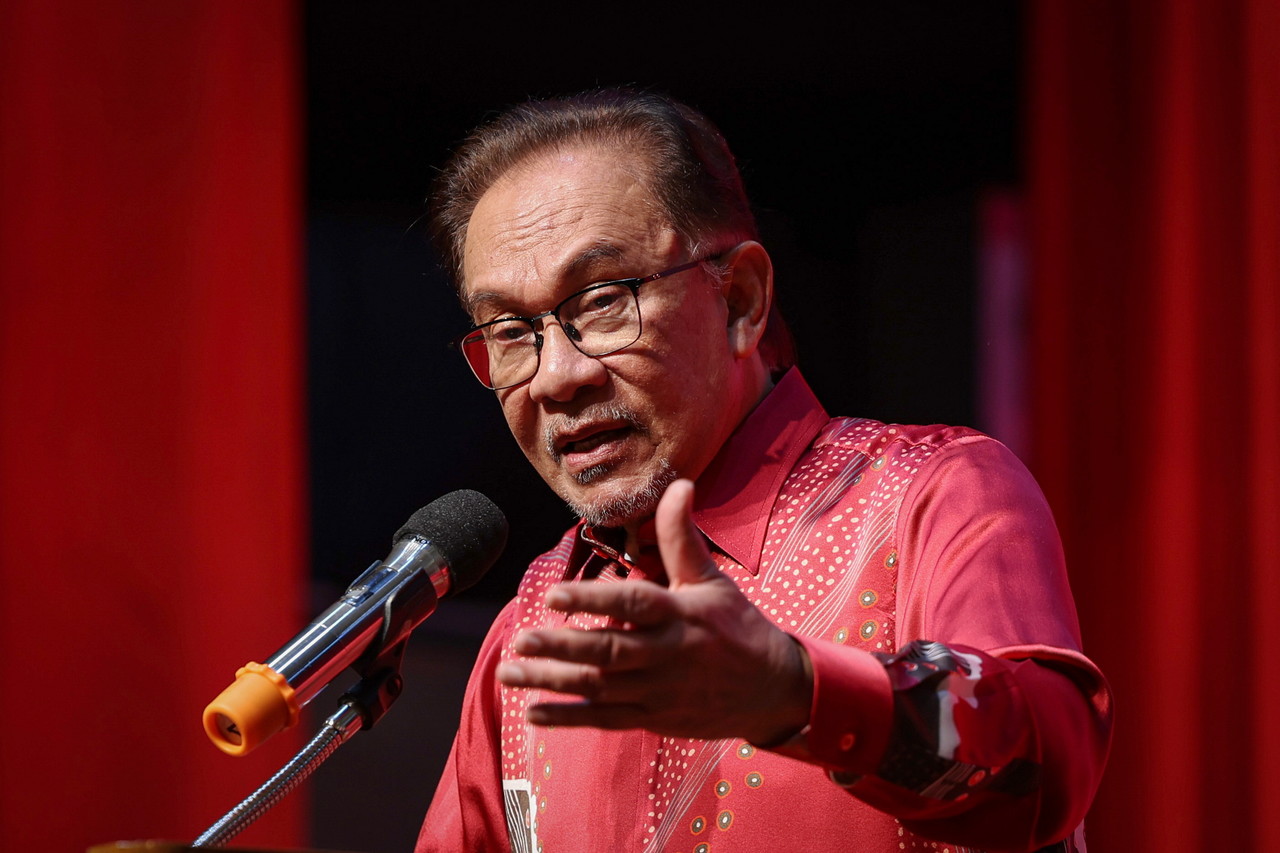 Datuk Seri Anwar Ibrahim said that all parties in the unity government had been given clear instructions on the matter. – Bernama photo

He said that all parties in the unity government had been given clear instructions on the matter.

“We give clear rules; if you want to be strong (stable) and get the support of the people, leaders must reject corruption and abuse of power.

“In this case, I stand firm, if you want to get rich, go out and become a businessman, not a minister, because if you do, the country will be ruined,” he said when speaking at the Chinese New Year open house, hosted by the Kuala Lumpur and Selangor Chinese Assembly Hall (KLSCAH) at the KLSCAH building here today.

Anwar, who was accompanied by his wife, Datuk Seri Dr Wan Azizah Wan Ismail, was greeted on arrival by KLSCAH president, Ngan Teng Ye and its top management.

Anwar said that in that regard he introduced the Malaysia Madani, as he is convinced that Malaysia’s great potential can only be optimised if the principle of integrity is upheld and there are no corrupt practices, while leaders or ministers are not racing to accumulate wealth.

The Prime Minister said he was firm on the matter, and thus far, all members of the Cabinet understood the direction outlined and implemented good governance consistently.

“Malaysia is a rich country with a lot of capabilities, but if the leadership is still in the old way, the country will be ruined.

“However, during these two months, I have seen all the ministers consistently implement good governance; no corruption in the affairs and administration of their respective ministries,” he said.

In this regard, the Prime Minister expressed his gratitude to the leaders in the Unity Government from Pakatan Harapan (PH), Barisan Nasional (BN), Gabungan Parti Sarawak (GPS), and Gabungan Rakyat Sabah (GRS), who, in terms of principle, are all very strict and do not tolerate acts of corruption.

In the meantime, Anwar once again reiterated the government’s stance to continue to focus on empowering the small and medium enterprise (SME) sector in Budget 2023, which will be tabled on Feb 24.

The Prime Minister said that SME is one of the sectors which the government needs to focus on after it having being adversely affected throughout the two years of the Covid-19 pandemic.

Anwar also called for all levels of society to strengthen the spirit of unity, set aside any racial differences and concentrate all efforts to develop the country’s economy.

“Within this month, I have seen investors from China, Europe, America, India and Australia keen to come to Malaysia… therefore, it is very important to maintain harmony, so that Malaysia continues to be an attraction for investment,” he said. – Bernama