Wednesday, February 8
You are at:Home»News»Sarawak»Upgrade all CIQs in S’wak, Lee tells Putrajaya
For the freshest news, join The Borneo Post's Telegram Channel and The Borneo Post on Newswav. 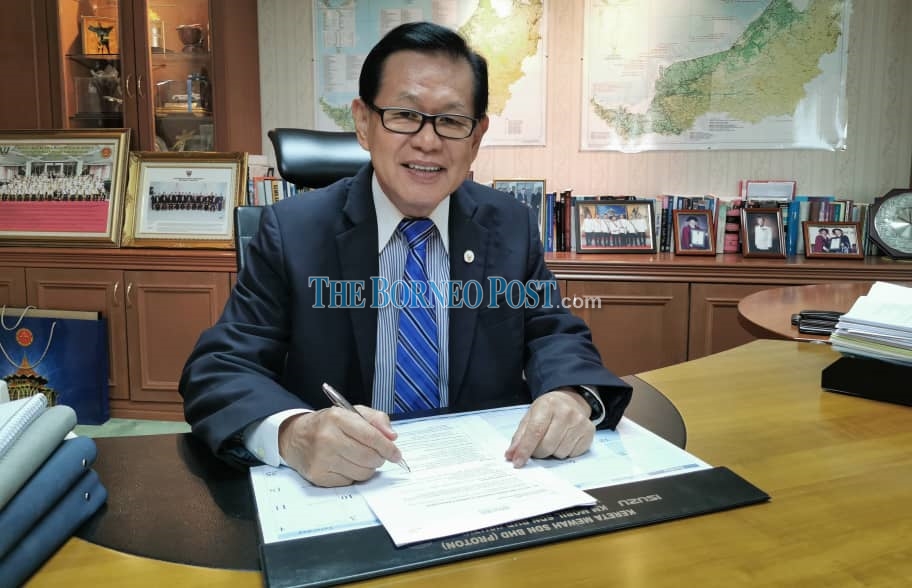 KUCHING (Jan 22): Transport Minister Dato Sri Lee Kim Shin had urged the federal government to upgrade all Customs, Immigration and Quarantine (CIQ) checkpoints along Sarawak’s border with Kalimantan and Brunei in a move to beef up security.

Lee said it was necessary to do so as the traffic flow through land checkpoints had returned to pre-Covid-19 levels especially during peak season.

“We need to improve all facilities at the CIQS in Sarawak between Brunei and Kalimantan, Indonesia. This really needs the federal government’s attention, and also in terms of security of our border. This must be given priority by the federal government,” he told reporters when met at the SUPP Chinese New Year Open House at its headquarters building here in Kuching today,

Citing the situation at the gatepoint in Sungai Tujoh, Miri, he said the estimated time for cars travelling between Miri and Brunei at the Malaysian customs stretched up to three hours.

He said the current condition of the CIQ facilities which lack amenities were not sufficient to cope up with the increase of vehicles crossing borders.

“At the border between Sarawak and Kalimantan, we have a lot of CIQs. I have visited CIQ Biawak recently, the condition there needs to be upgraded. Same as CIQ at Entikong and Tebedu because due to the relaxation of Covid-19, there are a lot of vehicles entering and exiting the border.

“Not just that, the facility in Sg Tujoh, Miri also needs to be improved. I had visited there recently and a lot of visitors between Miri and Brunei had to queue for two to three hours.

“Lack of counters as well as the immigration officers at the border. These are not enough to cater visitors,” he added.

Lee said with Indonesia’s plan to relocate its capital to Kalimantan begins in the years to come, the CIQ would need to improve its facilities and systems in order to be more efficient and to ease its tailback, considering the borders would be buzzing with activity following the relocation of Indonesia’s capital.

“Even at Biawak that day, the existing facilities are far from sufficient when compared to our neighbours’ facilities.

“And recently, we suggested to have bus services between Kuching and Singkawang.

“Therefore, with the increase of public vehicles, we need CIQs that are bigger and more comfortable,” he said.