Monday, February 6
You are at:Home»News»Nation»After Umno’s attack, PAS says those using money politics for internal polls have no moral legitimacy to comment
For the freshest news, join The Borneo Post's Telegram Channel and The Borneo Post on Newswav. 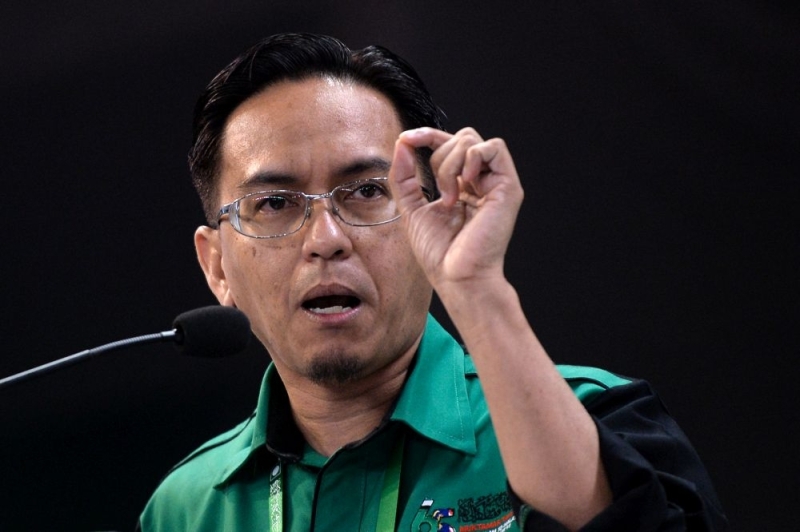 PAS information chief Khairil Nizam Khirudin has today hit back at Umno president Datuk Seri Zahid Hamidi for his attack on the Islamist party for alleged vote-buying during the GE15. – Malay Mail photo

Despite the public uproar over PAS president Tan Sri Abdul Hadi Awang dismissing handing out cash during campaigning as “charity”, Khairil Nizam now denied the party has ever bribed voters.

“PAS has never practised money politics or bribed voters, unlike some parties who are known for it either during their own party elections or general elections. They do not have the moral legitimacy to bring up this matter,” Khairil said in a statement, but did not explicitly name Umno.

Khairil claimed Umno and the public had misconstrued the remarks made by Abdul Hadi that the media have reported.

“When the PAS president was addressing the media in Negri Sembilan, he said election laws prohibit the contesting candidate and their representatives from giving cash to voters. But if there were any individuals or members of the public who wanted to contribute that would be up to them.

“Such contributions have nothing to do with the candidate, the candidate’s representatives nor PAS as a contesting party,” he said.

Last week, Terengganu Barisan Nasional urged the authorities to immediately investigate the PAS state government over allegations that the latter distributed money to voters during the GE15 campaign period.

This came after many videos circulated online where voters were made to swear in the name of Allah to vote for PAS in order to receive cash aid under the Perikatan Nasional government’s Covid-19 stimulus packages.

Yesterday, Hamzah admitted that PN election candidates had given money to voters, but it was at the voters’ request.

He said voters would come up to their candidates during the campaigning to ask for financial aid.

Before that, Abdul Hadi reportedly said on Saturday that giving cash handouts to voters before an election does not amount to bribery.

He called it “charity” instead, adding that although it was against the rules of the Election Commission, it was what some voters wanted. – Malay Mail