Thursday, February 2
You are at:Home»News»Sabah»New town set to become new landmark in Tongod
For the freshest news, join The Borneo Post's Telegram Channel and The Borneo Post on Newswav. 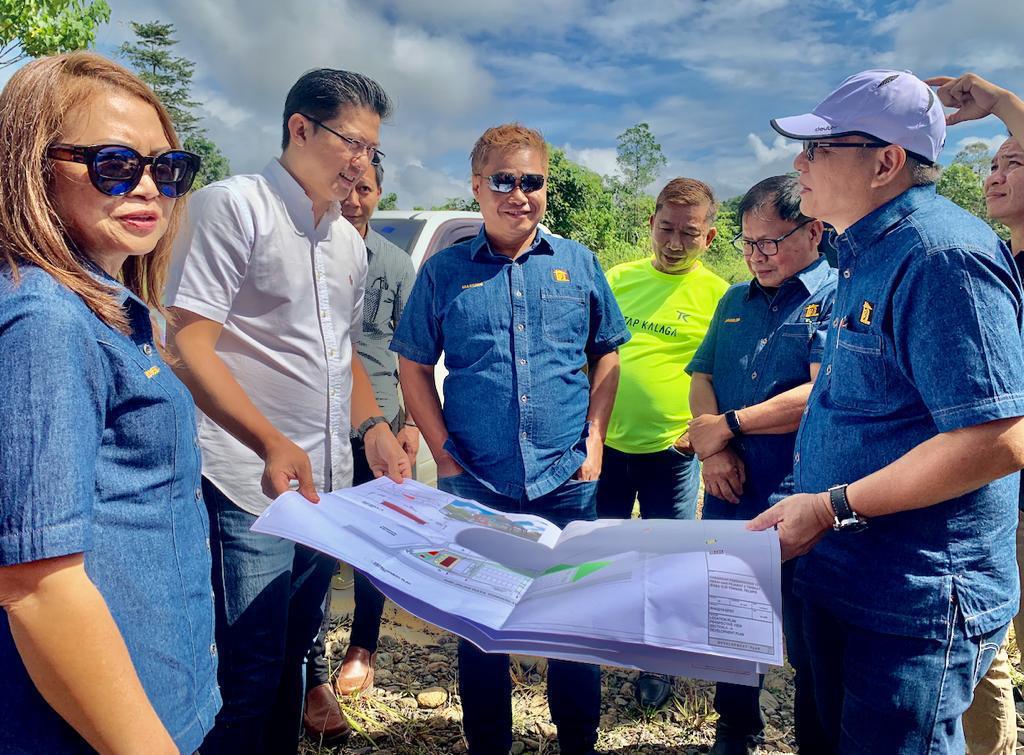 Masiung (third left) during the site visit with representatives from LPPB.

TONGOD (Jan 24): Another development project set to become a landmark in Tongod after the State Government agreed to create a new town in the district.

Chairman of the Housing and Urban Development Board (LPPB), Datuk Masiung Banah said, RM6 million had been allocated to build two rows of multi-storey shops with 12 units on a 6.24-acre site.

He said the first phase of six units will be begin construction at the beginning of this year as soon as the consultant obtains approval from the Tongod District Council.

“The proposed commercial project plan has been fully completed and we have already received advance booking orders from supermarkets including KFC,” he said after visiting the site on Monday.

Masiung, who is also a Kuamut assemblyman, is confident that Tongod district is capable of generating more development programs for the next five years since the district is located under the “Sabah Maju Jaya” development corridor program.

According to him, once the commercial project is established, another low-cost housing project involving 50 units located next to the multi-storey shop building will be developed.

The low-cost housing will be built in phases and will be sold to qualified members of the public at below RM50,000.