Monday, February 6
You are at:Home»News»Sarawak»Sarawak will bring up several issues, proposals to Sultan of Brunei
For the freshest news, join The Borneo Post's Telegram Channel and The Borneo Post on Newswav. 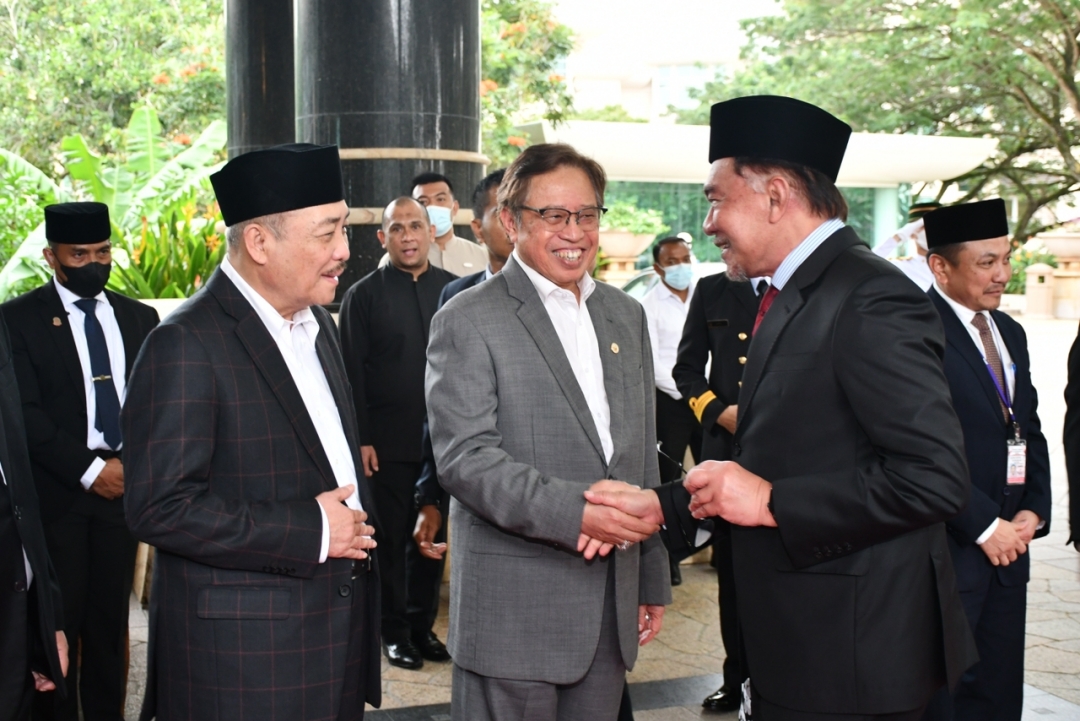 KUCHING (Jan 24): Sarawak will be bringing forward several issues and proposals during an audience between Prime Minister Datuk Seri Anwar Ibrahim and Sultan of Brunei tomorrow.

According to a statement from the Premier of Sarawak’s Office, the matters to be discussed include strengthening the Brunei-Sarawak Joint Committee at the ministerial level, to be assisted by a joint-working group at the senior officials’ level for bilateral relationship.

“Sarawak would like to extend the Brunei-Malaysia Frequent Traveller Programme (BMFTP) to Customs, Immigration and Quarantine (CIQ) checkpoints in Merapok and Sindumin to facilitate travellers to Kota Kinabalu in Sabah.

“The operation hours for CIQS between Sarawak and Brunei will resume to normal operation hours – from 6am to midnight. Both countries are to digitalise the process at both checkpoints to fast-track movement of travellers.

“Both countries are to expedite the demarcation and survey works on land boundaries between Malaysia and Brunei,” it said in a statement released today.

The Premier of Sarawak’s Office added that the state had also requested for Brunei to reduce the gradient of the road between Mengkalap CIQ in Sarawak and Labu Temburong Immigration control post in Brunei to ensure the safety of all road users, as well as to strengthen the collaboration in telecommunications to provide connectivity within Sarawak and Brunei as well as to international gateway.

“Sarawak offers to assist Brunei achieve the targets of 10 per cent generation mix to be powered by renewable energy by 2035, under the Paris Agreement initiatives.

“Sarawak will also collaborate with Brunei to further develop the tourism industry through joint tourism promotion and events as well as promote Borneo as a tourism destination, leveraging on Brunei Airport as an international travel hub for the region.

“Sarawak is opening the Sarawak Trade and Tourism Office (STATO).

“Sarawak will also collaborate with Brunei in the agriculture sector through the private sector initiatives focusing on paddy, livestock and fisheries that are leveraging on Sarawak’s capacity as the production hub and Brunei’s processing, connectivity and halal brand for Middle East markets,” the office said.

“Sarawak welcomes Brunei for joint border development along the highway for commercial properties and industrial parks, as well as to promote local products globally.”

The Premier of Sarawak’s Office also said the state was developing the infrastructure connectivity in the Northern Region, to be integrated with Brunei road network.

“Sarawak is to construct a new road from Lumapas (Brunei) to Pendam (Limbang), which is to be integrated with the Northern Coastal Highway (NCH),” it said, also mentioning that Sarawak offered sell to Brunei raw and treated water for industry, agriculture and domestic usage.

Premier of Sarawak Datuk Patinggi Tan Sri Abang Johari Tun Openg arrived at Bandar Seri Begawan today and attended a pre-council meeting, chaired by Anwar, to refine matters of bilateral cooperation, which would be brought up for discussion during the audience with the Sultan of Brunei tomorrow.