Thursday, February 2
You are at:Home»World»Seven dead in new California shooting
For the freshest news, join The Borneo Post's Telegram Channel and The Borneo Post on Newswav. 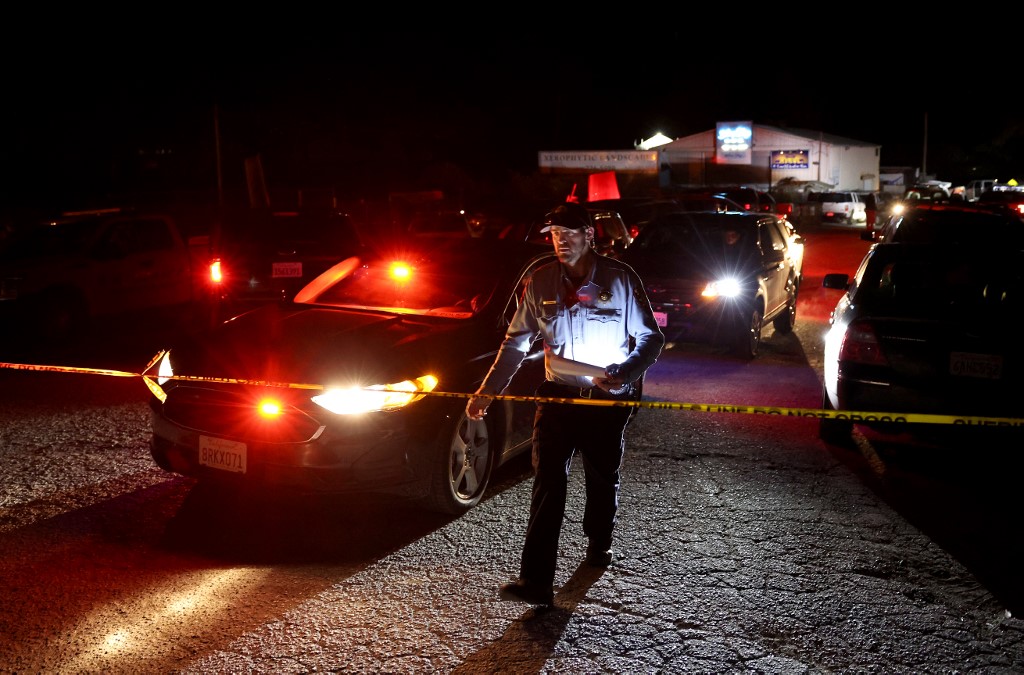 HALF MOON BAY (Jan 24): A suspected gunman was in custody Monday over the killing of seven people in a rural community in northern California, just two days after a mass shooting at a Lunar New Year celebration near Los Angeles.

The latest bloodshed occurred at two farms around Half Moon Bay, a coastal community south of San Francisco.

San Mateo County Sheriff Christina Corpus said seven people were killed and one wounded in the twin shootings, and that a 67-year-old Half Moon Bay resident named Chunli Zhao had been taken into custody.

Reports said the dead were Chinese farmworkers, and that Zhao had worked at one of the farms.

Corpus said deputies had been dispatched to two nurseries around Half Moon Bay, a rural spot known for surfing contests and a pumpkin festival, around mid-afternoon on Monday.

Four people were dead at one of them and one was critically wounded, while three more fatally wounded victims were found at a second location.

Corpus said children were present at one of the sites.

“It was in the afternoon when kids were out of school and for children to witness it is unspeakable,” she said.

Corpus said Zhou then drove to a sheriff’s substation in Half Moon Bay, where ABC7 crews captured dramatic footage of him being pulled to the ground by armed officers.

“Zhao was taken into custody without incident and a semi-automatic handgun was located in his vehicle,” Corpus said.

At the second shooting location, a short distance from the mushroom farm where four people were killed, sheriff’s deputies’ cars packed a roadside business plaza, home to shops offering party rentals, landscaping supplies and other services.

As the new tragedy unfolded, detectives in southern California were still probing what drove an elderly Asian man to shoot dead 11 people gathered for Lunar New Year at a suburban dance hall on Saturday night — before taking his own life as police closed in.

Los Angeles County Sheriff Robert Luna said Huu Can Tran, who had been arrested in 1994 for unlawful possession of a firearm, fired 42 rounds in the attack in Monterey Park.

“What drove a madman to do this?” he said.

Luna confirmed officers had been told Tran may have been known to some of his victims.

News of a second mass shooting in California in less than 48 hours spread ripples of shock through the state, which has some of the strictest firearm laws in the US.

“At the hospital meeting with victims of a mass shooting when I get pulled away to be briefed about another shooting. This time in Half Moon Bay. Tragedy upon tragedy,” tweeted Governor Gavin Newsom.

Saturday night’s mass shooting was the worst in the United States since a teenage gunman in Uvalde, Texas killed 21 people at an elementary school last May.

On Monday, a picture began to emerge of the culprit in Monterey Park, a man who, according to his marriage license, had immigrated from China, and who had been a regular at the Star Ballroom Dance Studio in the past.

Tran’s ex-wife told CNN the couple had met there two decades ago when he offered to give her informal lessons.

The woman, who did not want to be named, said they married a short time later, but the relationship did not last, with the divorce finalized in 2006.

She said Tran, who sometimes worked as a truck driver, was not violent, but could be impatient.

A man who said he had previously known Tran said he would complain about dance teachers, who, he claimed, would say “evil things about him,” CNN reported.

He was “hostile to a lot of people there,” the man told the broadcaster.

Detectives who searched a mobile home where Tran had been living in Hemet, 85 miles (140 kilometers) east of Los Angeles, recovered a rifle, electronics and ammunition, Luna said.

Police in the city said earlier this month Tran had made “fraud, theft, and poisoning allegations involving his family in the Los Angeles area 10 to 20 years ago.”

The family of 65-year-old My Nhan said the tragedy was “still sinking in.”

“She spent so many years going to the dance studio in Monterey Park on weekends,” a statement said.

“It’s what she loved to do. But unfairly, Saturday was her last dance.”

Amid the grief, one tale of heroism emerged.

Brandon Tsay, 26, revealed how he grappled with Tran as the elderly man arrived at another dance studio, in what police believe was a planned second attack.

“He was hitting me across the face, bashing me in the back of my head, I was trying to use my elbows to get the gun away from him,” Tsay told ABC.

“Finally, at one point I was able to pull the gun away from him, shove him aside, create some distance, point the gun at him… shouting, ‘Get the hell out here.'” – AFP