Saturday, January 28
You are at:Home»News»Sabah»Stolen cables abandoned in van after accident
For the freshest news, join The Borneo Post's Telegram Channel and The Borneo Post on Newswav. 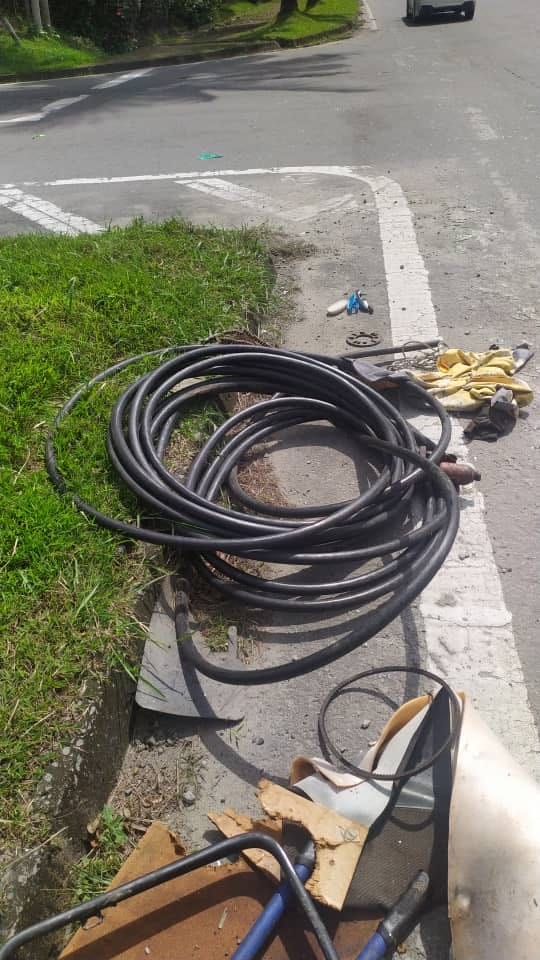 The electric cables found in a van following a road accident along Jalan Bukit Bendera.

Kota Kinabalu police chief Assistant Commissioner Mohd Zaidi Abdullah said prior to the discovery of the stolen electrical cables, a road accident involving a van and a car occurred at a traffic light at around 1.48pm.

“Three men who were onboard the van fled the scene following the accident.

“Police arrived at the scene shortly and found rolls of electrical cables that were believed to have been stolen, including tools such as cable cutters from inside the van,” he said on Tuesday.

Mohd Zaidi said the driver of the car, a 50-year-old man, only sustained minor injury while the occupants from the van had escaped.

Police are investigating the case and trying to identify the suspects and urged the public with information of the case to come forward to assist police investigation.