Thursday, February 2
You are at:Home»News»Sarawak»4 villages in Lundu, Sematan struck by flash floods
For the freshest news, join The Borneo Post's Telegram Channel and The Borneo Post on Newswav. 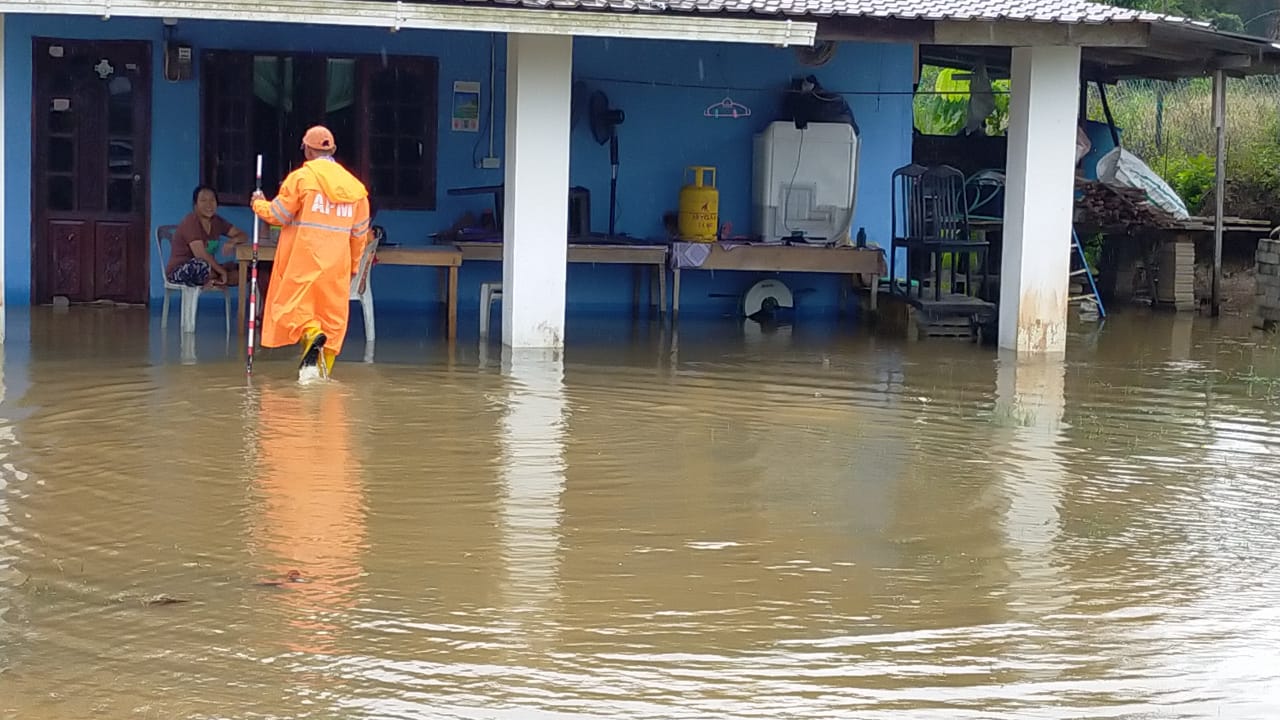 A photo from APM showing one of the affected houses in Lundu.

KUCHING (Jan 25): Four villages in Lundu and Sematan were inundated by flash floods today after getting hit by continuous rain, which started in the wee hours this morning.

The Civil Defence Force (APM) in a statement said they are monitoring the flood levels in Kampung Pasir Tengah, Kampung Sebako, Kampung Paon and Kampung Sebat.

“The water level of the flash flood measured about 60cm this morning and receded to about 10cm in the late afternoon.

“So far, the water has started to recede, and no villagers were ordered to move to a flood relief centre,” said APM Lundu/Sematan officer-in-charge Lieutenant Rabuan Zulkeflee.

He said observations of the flash flood between 8am and 4pm today also showed that most of the roads leading to-and-fro the affected areas were passable by vehicles.

It is also said that the sea is currently at high tide and as of 5pm, both districts are still experiencing a light drizzle.

“Currently, the situation in Lundu and Sematan is still under control and no untoward incidents were reported,” said Rabuan.