Thursday, February 2
You are at:Home»News»Court»Bung Moktar, Zizie’s appeal fixed for another case management on March 22
For the freshest news, join The Borneo Post's Telegram Channel and The Borneo Post on Newswav. 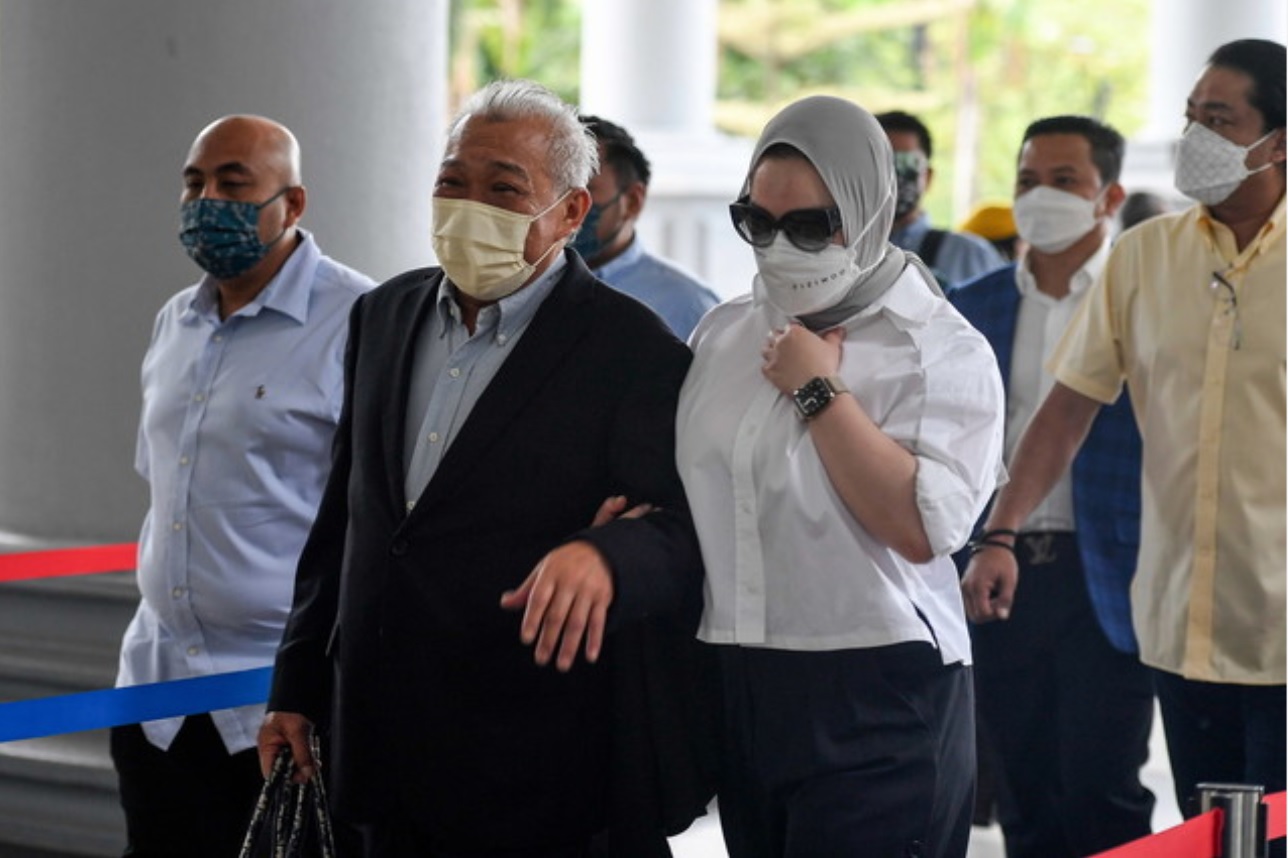 Bung Moktar and Zizie Izette arrive at the Kuala Lumpur Court Complex on May 17, 2022. — Bernama photo

PUTRAJAYA (Jan 25): The Court of Appeal has fixed March 22 for another case management for Datuk Seri Bung Moktar Radin and his wife Datin Seri Zizie Izette Abdul Samad’s appeal against a High Court’s dismissal of their applications to review a Sessions Court’s decision.

The Sessions Court, on Sept 2 last year, had ordered the Kinabatangan Member of Parliament and his wife to enter their defence on three charges of corruption amounting to RM2.8 million involving an RM150 million investment in Public Mutual Berhad unit trust.

When contacted, deputy public prosecutor Law Chin How confirmed a further case management date had been fixed pending the records of appeal.

This was after the judge allowed the prosecution’s preliminary objection to dismissing the duo’s review application on grounds that Bung Moktar and Zizie Izette had used the wrong method to file their review.

The prosecution had argued that the duo should not file through a notice of motion but instead ought to have been made by a letter to the High Court.

On May 3, 2019, Bung Moktar was charged with two counts of accepting bribes of RM2.2 million and RM262,500 as an inducement to obtain Felcra approval to invest RM150 million in Public Mutual unit trusts.

He is alleged to have accepted the bribes from Public Mutual Berhad’s investment agent Madhi Abdul Hamid through Zizie Izette at Public Bank Taman Melawati Branch here between 12.30 pm and 5 pm on June 12, 2015.

Bung Moktar was also charged with receiving RM337,500 in cash from Unit Amanah consultant, Norhaili Ahmad Mokhtar, under the name of Zizie Izette for the same reason and place on June 19, 2015.

Zizie Izette, meanwhile, is facing three charges of abetting her husband over the matter at the same place, date and time. – Bernama