Thursday, February 2
You are at:Home»News»Sarawak»Sarawak premier confident PM Anwar will resolve MA63 issues
For the freshest news, join The Borneo Post's Telegram Channel and The Borneo Post on Newswav. 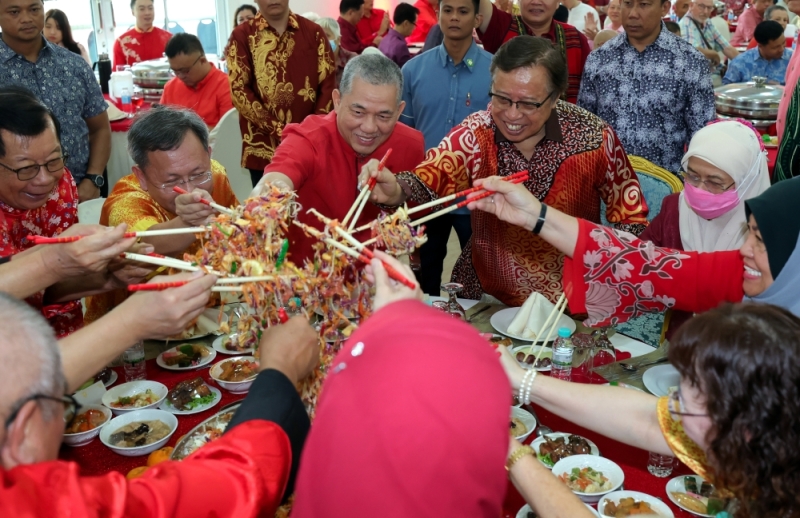 MIRI (Jan 25): Sarawak Premier Tan Sri Abang Johari Openg today said that he is confident Prime Minister Datuk Seri Anwar Ibrahim will do his best to fulfill matters relating to the Malaysia Agreement 1963 (MA63) as requested by Sarawak and Sabah.

He said the prime minister will do it despite the criticisms by certain politicians in Peninsular Malaysia.

“Those matters are our rights,” he said at the Chinese New Year celebration organised by the Sarawak United People’s Party (SUPP).

Abang Johari cited Anwar’s decision to agree on a representative in the Inland Revenue Board as an example of the state’s right being given to Sarawak.

“That is why I pursued that,” he said.

Abang Johari said Anwar had agreed for the Sarawak State Financial Secretary to be appointed as a representative from Sarawak to sit on the board.

“There are politicians from the other side questioning Anwar why he was giving all the things that Sarawak had asked for,” he said.

“His (Anwar’s) reply was that what had been agreed to had to be fulfilled,” Abang Johari said.

Abang Johari expressed his gratitude that the national unity government is willing to cooperate with Sarawak.

He also expressed his gratitude that the prime minister had agreed to give RM300 million every year under the federal special grants to Sarawak.

However, he said he still wants a formula on how the special grants would be calculated, adding that the prime minister also wanted to know the same thing.

“I think the federal government will come up with a formula soon,” he said. — Malay Mail