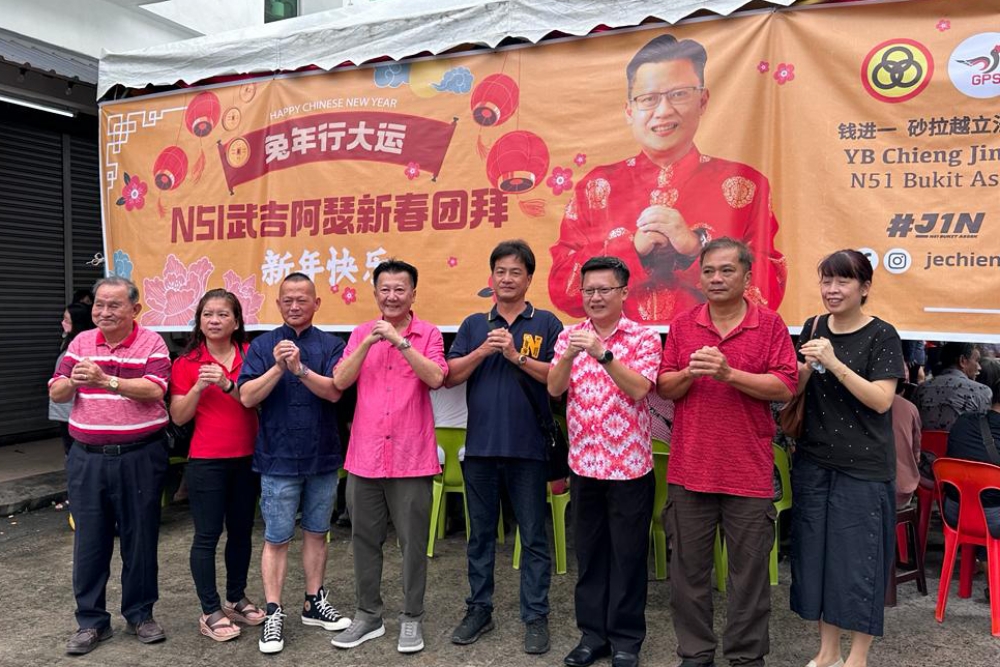 Chieng (third right) and Buong Toon (fourth left) in a photo session with their visitors. – Photo by Borhaniza Ali Basah

Thousands of visitors from various racial and religious backgrounds attended the open house which began at 9.30am.

The visitors were greeted warmly by Bukit Assek assemblyman Joseph Chieng on their arrival.

With him was his father Dato Chieng Buong Toon who is also the Sibu Urban Renewal Plan committee chairman.

Meanwhile, the visitors were served with a variety of delicious dishes.

The event was made merrier with a lion dance performance.