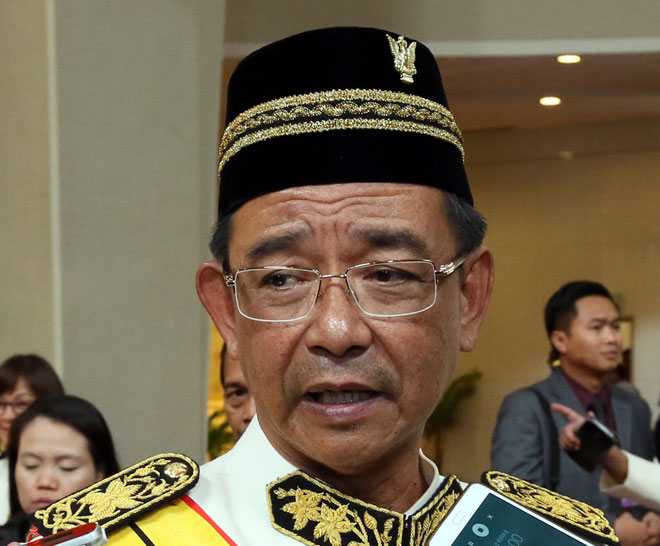 KUCHING: Assistant Minister for Youth and Sports Datuk Abdul Karim Rahman Hamzah said that Sarawak should not waste the home advantage in realising its goal to be the overall champion for the 18th Sukma (Malaysia Games).

He expressed the hope that athletes representing the state will give their best as this is the best opportunity for Sarawak to be the overall champion.

“The last time we were the champion was in 1994 and we should not let this time get away from us, with the home ground support and advantage and the backing of the State Government and the people of Sarawak,” he said at the sideline of the opening of the State Legislative Assembly (DUN) yesterday.

He also highlighted certain sports which could help Sarawak to bag gold medals in order to emerge as overall champions.

“Sarawak is not specifically focusing on one or two sports, we are focusing on the overall, but our focus on gold medals will be swimming and wushu,” he explained. “There are some sports that offer two to four medals, and there are some sports offerring up to 30 medals. We will give a lot more focus on sports that offer more medals, to be the overall champion,” said the Asajaya assemblyman.

Abdul Karim indicated that Sarawak’s main rivals for the overall championship are likely to be Selangor and Terengganu.