Thursday, December 8
You are at:Home»News»Sarawak»Steve Wozniak to appear at WIEF 2017 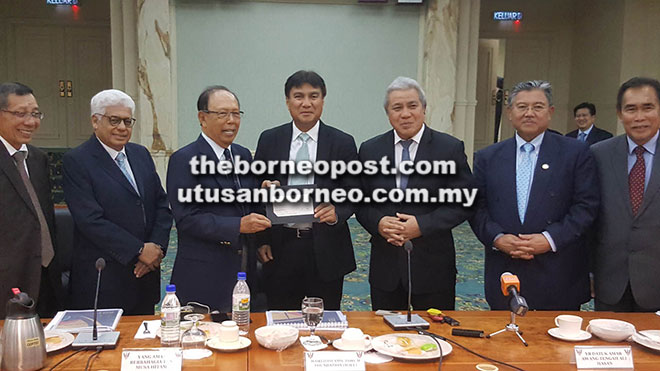 KUCHING: Sarawakians, particularly those in the business world, should make full use of the presence of Steve Wozniak, the co-founder of Apple Inc, at the 13th World Islamic Economic Forum 2017 (WIEF 2017) to be held at the Borneo Convention Centre Kuching (BCCK) from November 21 to 23 to gain knowledge on digital economy.

According to WIEF 2017 organising chairman Tun Musa Hitam, Wozniak, who formed Apple Inc with Steve Jobs, is among the high calibre business individuals involved in the digital trade and his knowledge and insights are invaluable.

Wozniak will speak on the topic ‘Face to Face’ at WIEF 2017.

“Wozniak will share his insight on championing creativity, experiences in driving change, spearheading innovation and empowering the people during the forum, which this year is themed ‘Disruptive Change: Impact and Challenges’,” he added.

“I am happy that the state government of Sarawak has played its part and we are very much ready to host the international forum, here in Kuching,” said Musa at a press conference in Wisma Bapa Malaysia here yesterday.

Meanwhile, Deputy Chief Minister Datuk Amar Awang Tengah, who represented the state at the press conference, said a total of 2,200 delegates had confirmed their participation in WIEF 2017, and more were expected to register until the forum day itself.

“The state is grateful to be selected as the venue for WIEF 2017, after other hosts such as Dubai, London, Kuala Lumpur and Jakarta, which marks the state’s readiness to host world class events,” he said.

He added that such event is a great platform to make Sarawak known to the outside world, and the state is very much ready to host similar events in the future.

For more information on the upcoming WIEF, visit http://wief.org/forum/13/.