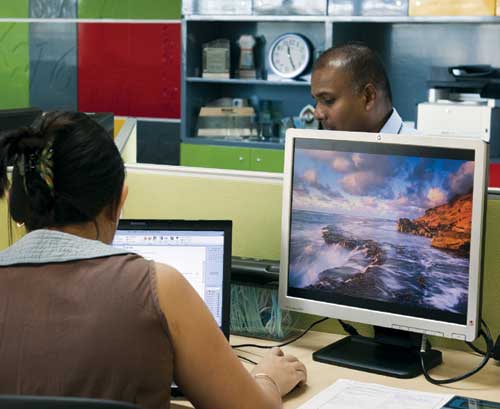 Encouraging innovation in the industry and investing in its infrastructure, Brunei Darussalam has made information and communications technology (ICT) a pillar of its ambition to become a knowledge-based economy.

However, hopes that a nascent software sector would boost the Sultanate’s export economy faced strong competition from Asian rivals.

In August, the Authority for Info-communications Technology Industry of Brunei Darussalam (AITI) announced that grants worth up to BN$250,000 (US$197,930) would be available this year.

The grants are available to businesses from the ICT and digital media sectors that produce innovative Brunei-made products with commercial potential.

The AITI initiative has already helped to create success stories in the industry, such as software fi rm Crescent, which specialises in online distance learning for tertiary education in Islamic banking and finance.

Another recipient, BRUGPS Technologies, has developed tracking systems that enable employers to track the speed and location of their vehicles in real time.

The government has recognised that for such innovation to thrive, the Sultanate needs a backbone of reliable ICT infrastructure.

In July, Sultan Hassanal Bolkiah consented to budget BN$230 million (US$187.3 million) for the Ministry of Communications (MoC) to implement a nationwide broadband initiative using a fi bre-to-the-home (FTTH) programme.

The FTTH initiative aimed to introduce speeds of up to 20 megabytes per second (Mbps), which is expected to be available to 85 per cent of the country under a five-year plan.

According to a statement from the MoC, “Some of the benefi ts that can be enjoyed from FTTH include symmetrical download and upload speeds, lag-free entertainment, distant- learning, e-Health, cloud computing and high-definition video conferencing.”

The introduction of fibre-optic connectivity is expected to bring the Sultanate on par with Asian rivals Hong Kong and Singapore for ICT investment.

Despite its relatively small size, Brunei Darussalam has a sophisticated ICT culture, with one of the highest percentages of Facebook penetration in the region (60 per cent), an internet penetration rate of 79 per cent and mobile usage at 125 per cent.

The plan was to convert this into economic growth, with the government aiming to increase the ICT industry’s contribution to GDP to six per cent from the current estimated two per cent by 2015.

Hoping to energise entrepreneurs and nurture innovation, government officials have brought software and multimedia development under the ‘creative industries’ umbrella.

The Creative Arts Facility (CRAFT), located in the ‘Knowledge Hub’, is set to be launched in late 2012 and to offer technologies for the production of animation and visual effects.

The Brunei Economic Development Board (BEDB), leading the CRAFT initiative, has signed with Canada-based Side Effects Software to provide training.

Side Effects Software animation has featured in Hollywood hits such as Harry Potter and Toy Story.

However, the Sultanate will face competition from other Asian countries in its ambitions to create a globally competitive software industry.

By focusing its software on specific areas of Bruneian expertise, whether Islamic banking, resource extraction or linguistic diversity, the government has created a sound foundation for growth that could see the sector exploit niche markets not catered for by Asian software giants.