Sunday, October 2
You are at:Home»News»Sabah»One Pakatan candidate for each Sabah seat – Nurul 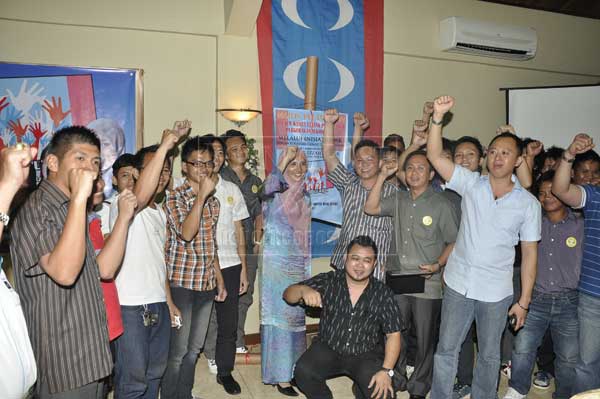 PENAMPANG: Pakatan Rakyat (PR) will only put one candidate for each parliamentary and state seats in Sabah in the coming general election.

Parti Keadilan Rakyat (PKR) vice-president Nurul Izzah Anwar said this was to ensure a straight fight with Barisan Nasional (BN) candidates without any split votes, as had happened in previous elections.

“We learn from past mistakes and faith of the people, especially in Peninsular Malaysia where we managed to captures five states.

“I met with Kota Kinabalu MP Dr Hiew King Cheu and other leaders from PR who had agreed to no overlapping of seats to ensure victory for our candidates,” she told reporters, yesterday.

When asked about discussions with Sabah Progressive Party (SAPP), Nurul said PR was still willing to talk with the party if they were sincere.

“As we all know, they look too eager to contest in most seats…discussion can be held, but it should be done sincerely,” she said.

Meanwhile, Nurul said she was disappointed with the delay imposed by the Registrar of Societies (ROS) for Pakatan Rakyat component parties to compete in the general election under one umbrella.

“We have registered for almost a year but has not been approved.