Monday, July 4
You are at:Home»Sports»Football»Crocs seek redemption as they face JDT tonight 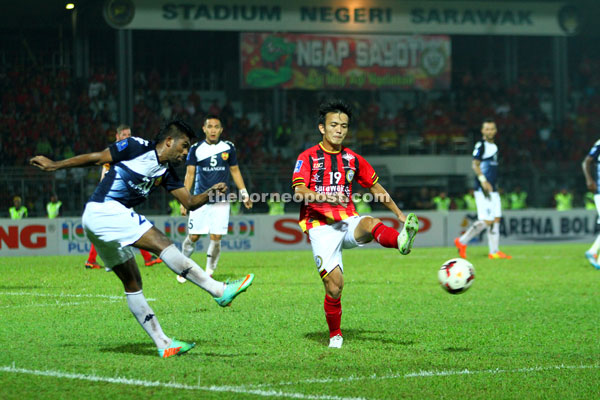 KUCHING: Sarawak will have to stop making any more simple mistakes when they take on Johor Darul Ta’zim FC (JDT) in the Super League match at Larkin Stadium, Johor Bahru tonight.

Head coach Robert Alberts wouldn’t mind if the Crocs go down to JDT as long as they fight tooth and nail without committing schoolboys errors.

“We were sloppy during our previous Super League outing against Selangor on Tuesday where we lost 2-0. It was a sub-standard display by our team and we deserve to lose,” he said.

Both of Selangor’s goals during the match resulted from simple errors committed by the homesters.

Although Alberts insists that he will not be making any major changes in the starting line-up for tonight’s clash, he revealed that some of the players who did not play well against Selangor were cautioned.

“I believe in giving everyone a chance and understand that some players had an off-day. But tomorrow is the opportunity for the players who did not play well against Selangor to redeem themselves,” he said.

According to him, the team can only play well if they do not commit too many errors during the game which gave opponents the opportunity to capitalise on them and score goals.

Alberts admitted it would be a very tough match against the team which they last met on June 30, 2012 in a Super League match.

Sarawak had beaten the then Johor FC 3-1 and nobody at the time would have expected that the team would one day be a force to be reckoned with.

After a major revamp in 2012 and with new financial backing, the Southern Tigers are reborn and being dubbed by Malaysian football fans as the “Manchester City of the country”.

In this season alone, JDT have been recruiting the nation’s finest to play for them and no less than 18 players were signed by the team.

Currently sitting fourth in the Super League standings, JDT have not lost at home so far this season after playing nine matches when compared to Sarawak who played the same number of matches and are currently seventh.

The match is scheduled to kick off 8.45pm and expected to be aired live on RTM.