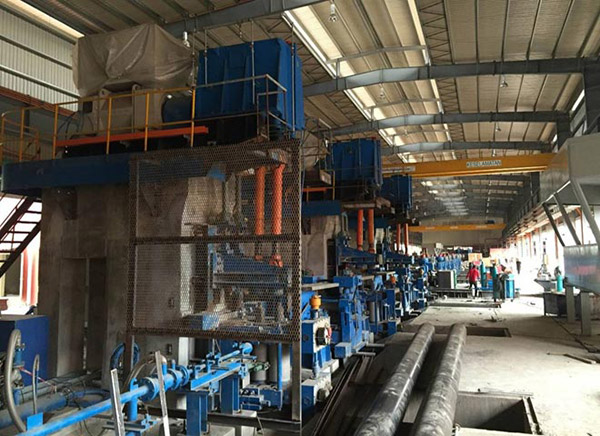 Photo shows a steel products at a steel production plant. Masteel aims to improve its sales volume to East Malaysia due to the mega infrastructure projects expected to be rolled out in the next five years.

KUCHING: Malaysia Steel Works (KL) Bhd (Masteel) aims to improve its sales volume to East Malaysia due to the mega infrastructure projects expected to be rolled out in the next five years.

Commenting on the group’s prospects, Masteel said, “With the recovery of steel bar prices from an average of RM1,443 per metric tonne (MT) in January 2016 to RM2,192 per MT in January 2017 which amounts to a price surge of 50 per cent, this has enabled the company to operate profitably and with more installed rebar rolling capacities becoming available this year, the revenue of the company is expected to be improved upon in the coming quarters.

“The persistently higher prices of raw materials for steelmaking such as iron ore, coking coal and scrap will ensure steel bars prices remain firm with an expected fluctuation within a narrow range of 10 per cent for the next few months.

“(Besides that), the company expects to improve its sales volume to East Malaysia due to the mega infrastructure projects in the next five years.

“In addition, with the favourable exchange rate between the ringgit and the US dollar, the company’s products will be exported to new customers in the Oceania countries.”

Meanwhile, it revealed that it has registered higher turnover and earnings for the fourth quarter of 2016 (4Q16) ended December 2016.

Masteel in its accounts notes filed to the stock exchange explained that the increase in revenue and increase in gain incurred in the quarter ended December 2016 were attributed to higher selling price, sales volume and profit margin.

As compared to the previous quarter ended September 2016, Masteel noted the group’s revenue for 4Q16 recorded an increase of RM69.50 million to RM344.95 million due to higher selling price and improved sales volume by seven per cent.

It explained that the improved financial results were due to higher selling price and sales volume recorded on an improved market demand and higher rebar rolling capacities.

Additionally, Masteel noted the group recorded a profit before tax of RM27.27 million for FY16 as compared with a loss before tax of RM46.39 million in FY15 due to higher profit margin achieved and lower foreign exchange loss in financial year ended December 2016.