Friday, July 30
You are at:Home»Business»Potential reduction in Tenaga’s allowable return of assets 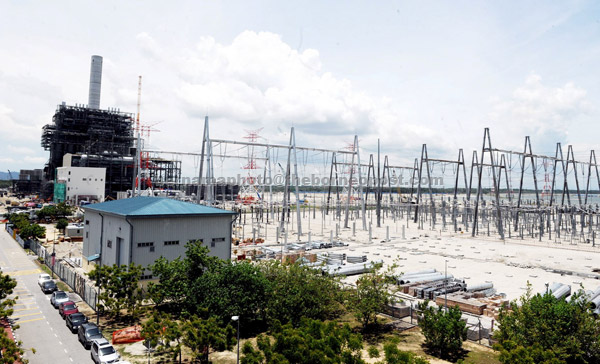 The point of this allowable ROA is to regulate Tenaga’s transmission and distribution (T&D) unit due to its monopoly in the market and to achieve this allowed ROA, Tenaga’s base tariffs are set to a certain level for the IBR period under review. — Bernama photo

KUCHING: With the current Incentive Based Regulation (IBR) period soon coming to an end, analysts are betting on a reduction in Tenaga Nasional Bhd’s (Tenaga) allowable return of assets (ROA) to be on the table in its upcoming review.

In a sector update on the local power sector, the research arm of MIDF Amanah Investment Bank Bhd (MIDF Research) explained that the potential reduction in allowable ROA for the power company is possible due to the large discrepancy between Tenaga’s and the regulator’s recommendation on cost of equity in determining allowable ROAs in the current IBR period (FY14-17).

To recap, the regulatory weight average cost of capital (WACC) or ROA for Tenaga under the first and current IBR period is 7.5 per cent, while the proposal given by Tenaga at the time was 9.7 per cent.

The point of this allowable ROA is to regulate Tenaga’s transmission and distribution (T&D) unit due to its monopoly in the market and to achieve this allowed ROA, Tenaga’s base tariffs are set to a certain level for the IBR period under review.

“In the current IBR period, base tariffs are set at 38.5 sen per kWh based on this 7.5 per cent allowable ROA on the regulated T&D assets. And while there are other cost pass-through components that will affect the determination of the base tariff, the allowable ROA accounts for a big chunk of this and is essentially the profit element for Tenaga from its T&D operations,” explained the research arm.

Despite the potential losses Tenaga might experience from this, MIDF Research urged investors not to fret as they opine that the market has already priced in a ‘worst case scenario’ for the situation.

“We think current price levels have more than reflected this risk. In a worst case scenario where allowable returns are reduced to 6.5 per cent from the current 7.5 per cent, we estimate a circa RM485 million per annum, or seven to eight per cent impact to Tenaga’s bottom-line.

“Our target price will fall to RM15.40 per share if we factor in this ‘worst case’ scenario, which still entails meaningful upside against the depressed RM14.20 per share levels that Tenaga is currently trading at.”

Looking forward for the power sector on the whole, MIDF Research notes that there was been numerous upwards revisions of expected gross domestic numbers (GDP) numbers in the past six months and the power sector, via Tenaga, would be a cheap and liquid play into this upcycle.

“Tenaga has been lagging the market rebound since early this year, trading at just 12 fold FY18F earnings relative to market valuation of 16 to 17 fold.

“Players in the sector are sitting on underutilised balance sheets, particularly Tenaga and regional expansion is on the cards for players,” the research arm opined.

Currently, Tenaga is on the lookout for more regional opportunities after having acquired GMR Energy in India and GAMA Enerji in Turkey in the past 18 months, while YTL Power International Bhd’s (YTL Power) expansion of its overseas operations via Tanjung Jati in Indonesia and Attarat in Jordan is boding well due to diminishing returns in its Malaysian power generation.

“YTL Power is estimated to generate 15 to 19 per cent equity IRR from Tanjung Jatui and Attarat respectively versus the single digit return domestically,” said the research arm.

Meanwhile, Tenaga has also announced in a Bursa filing last Friday that the Imbalance Cost Pass-Through (ICPT) rebate for the second half of the 2017 period would remain at 1.52 sen despite the increase in fuel price and weaker ringgit in the first half of the year translating to a surcharge of 1.02 sen per kWh.

The power group explained that the difference which equal to an absolute amount of RM1.303 billion would be bore by the Government through utilisation of the Power Purchasing Agreement (PPA) savings fund which has been accumulated from the renewal of the first generation PPAs at lower rates.

The objective of this PPA Saving Fund is to cushion the impact on tariff to the customers due to the fluctuation of fuel prices.

Previous ArticleCPO price to average at RM2,650 despite EU barrier
Next Article Austria ready to deploy army at Italy border