Wednesday, December 8
You are at:Home»News»Nation»Kim had low muscle-controlling enzyme – pathologist 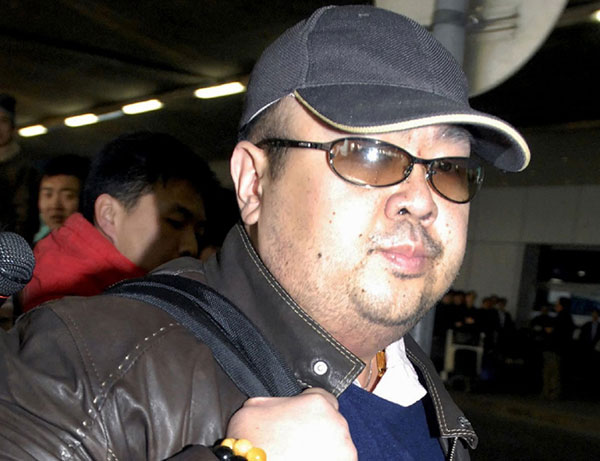 SHAH ALAM: A pathologist told the High Court here today that Kim Chol (or Kim Jong-nam), the estranged half-brother of North Korean Leader Kim Jong-un, had low levels of the enzyme, cholinesterase due to exposure to a nerve agent poison.

Dr Norashikin Othman, from the Pathology Department of the Kuala Lumpur Hospital, who conducted the analysis on Kim Chol’s enzyme sample said the level of cholinesterase was low at 344 units per liter (UL).

The normal range of the enzyme for males was between 5,320 UL and 12,290 UL units, said the fifth witness of the case.

“The level of the enzyme, cholinesterase in Kim Chol’s body could have been caused by exposure to pesticides or nerve agent poison,” she said in reply to a question from Deputy Public Prosecutor  Wan Shaharuddin Wan Ladin on why the enzyme level was low in Kim Chol.

Dr Norashikin was testifying in the trial of Indonesian national Siti Aisyah, 25, and Vietnamese Doan Thi Huong, 28, who are charged with four others still at large, with the murder of Kim Chol, 45, at the departure hall of the KL International Airport 2 (klia2) at 9am on Feb 13 this year.

Dr Norashikin said the level of cholinesterase in Siti Aisyah was 6,781 UL while in Doan, it was 7,163 UL, and that both levels were normal.

The enzyme, she said, served to break apart the neurotransmitter which sent signals to the muscles and nerves to contract, and be in a relaxed state.

“The balance between the functions of the neurotransmitter and the enzyme cholinesterase is necessary to ensure that the process of contraction is at a normal level. If there is enzyme is at a low level in the body, a person’s muscles and nerves can be in continued state of contraction,” she said.

Yesterday, the third witness in the case, Rabiatul Adawiyah Mohd Sofi, a medical assistant at Klinik Perubatan Menara in klia2, testified that a person known as ‘Kim Chol’,  according to his passport, seemed to have suffered fits while at the clinic as he lowered his head, as saliva and nasal fluid flowed, and his hands shook. – Bernama