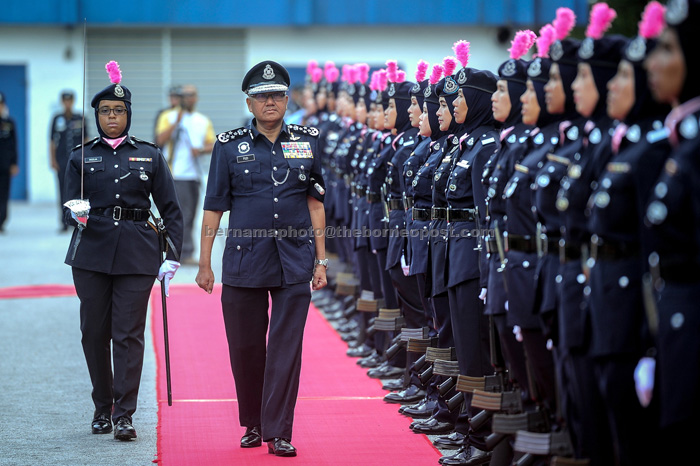 Inspector-General of Police Tan Sri Mohamad Fuzi Harun said the seizures were done following 16 reports received from the Department of Civil Aviation (DCA) on the use of drones without valid permits.

He said the police received a total of 30 reports from across the country during the nomination process for the 14th General Election (GE14).

Any party can use drones, but they need to get permission from the DCA first, he told reporters after the monthly assembly at Bukit Aman here, yesterday.

At the event, 214 officers and personnel were awarded the Jasa Pahlawan Negara (JPN) medal to honour their spirit of heroism and sacrifices during service.

Mohamad Fuzi said among the other reports received were from PKR candidate Dr S Streram who claimed the police had prevented him from submitting his GE14 nomination form for the Rantau state seat contest in Negeri Sembilan.

“We have received two police reports on the matter, including his own (Dr Streram).

“The claims are merely accusations, as the police were only acting in accordance with the instructions from the returning officer.

“However, a detailed investigation is underway, and we will refer this to the Election Commission (EC) when the investigation papers are complete,” he said.

On Saturday, the EC declared that Datuk Mohamad Hasan, who is also Negeri Sembilan Menteri Besar, had won the Rantau state seat unopposed, after PKR candidate Dr S Streram was unable to submit his nomination papers as he had not brought along his candidate pass. — Bernama