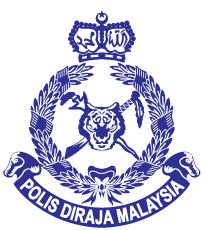 KINABATANGAN: An 18-year-old youth was reported to have died from drowning in a pond that used to be a stone quarry excavation site at Karangan Estate, Tanjung Panjang in Sukau near here on Sunday at around 5 pm.

Mohd Zamzuri Awang was said to be playing in the pond with six of his friends when he reportedly drowned.
Early investigation revealed that the pond was used by estate workers for bathing and washing of their clothes.

On Sunday at around 5 pm, when the victim was reported to have drowned, his family and friends began searching for him in the pond but failed to locate him. They then reported the matter to the police, who initiated a search and rescue operation with the help of the Kinabatangan Fire and Rescue Department.

The body of the youth was found floating on the pond the next day (Monday) at around 4 am and was retrieved and sent to the Kinabatangan hospital for further action.

According to Kinabatangan police chief, Superintendent A Sahak Rahmat, the police found no criminal element that resulted in the drowning and said that the unfortunate incident could be due to the fact that the victim did not know how to swim. Nevertheless, investigation is still on-going.