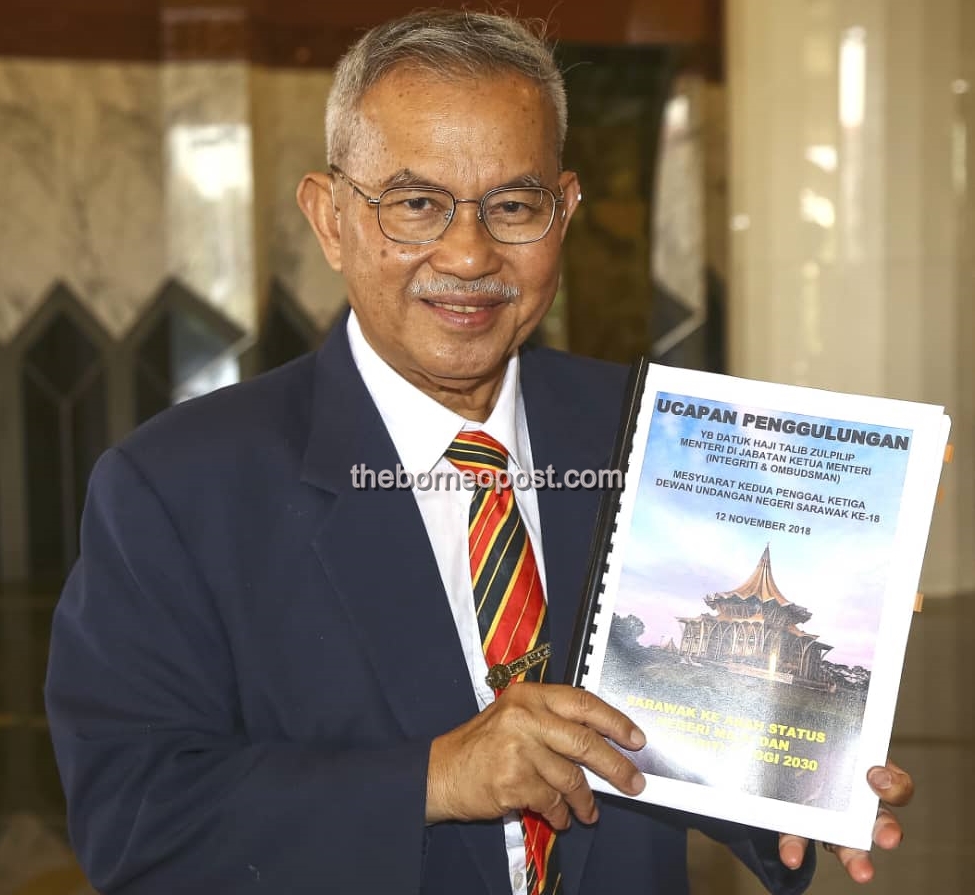 Minister in the Chief Minister’s Office (Integrity and Ombudsman) Datuk Talib Zulpilip said that the project cost was tabled and had gone through Special Cost Committee chaired by the State Financial Secretary.

“The project was so complex and needed specialised expertise.

“Water reservoirs on the walls are designed with special tiles, giving a natural touch to this fountain,” he said in his ministerial winding-up speech at the State Legislative Assembly (DUN) sitting here today.

In addition, the musical fountain is also equipped with a water screen for visual audio shows, he said.

He added the project involved the construction of a walkway waterfront, computerised control room, electric sub-station, lighting system as well as sound and landscape decoration.

“These are the construction costs and technologies used 10 years ago, now the cost is much bigger,” he said.

He added: “Surprisingly, Pending assemblywoman (Violet Yong) claimed this (musical) fountain project can be completed at a cost of RM5 million if implemented through open tender.

“Therefore, if Pending assemblywoman is so confident she can complete the project according to the specification of Darul Hana Musical Fountain at a cost of RM5 million, then she is welcome to do so.

“The state government is willing to share the design to Pending assemblywoman to implement a musical fountain project at a cost of RM5 million,” he said.

Last Thursday, Yong had queried the ministry in charge of Integrity and Ombudsman, whether it feels that RM31 million for such project is overpriced?

“We all know that all the parts in this Musical Fountain are from China and it is impossible that it has to cost RM31 million to build this fountain. This is ridiculous.

“I can tell you there is nothing so special about this fountain. Like all normal fountains, it has only three basic components — water, lights and music.

“I don’t see any special effect that comes with fountain flame, like the famous fountain in Dubai.

“And you tell me, this has to cost the taxpayers’ money of RM31 million. I was made to understand that there wasn’t any open tender called for this project which is parked under DBKU (Kuching North City Commission).

“During the construction stage, there wasn’t any project signboard being erected too,” Yong said when debating on the State Budget 2019.