Wednesday, July 8
You are at:Home»News»Sabah»Sabah to take back SESB 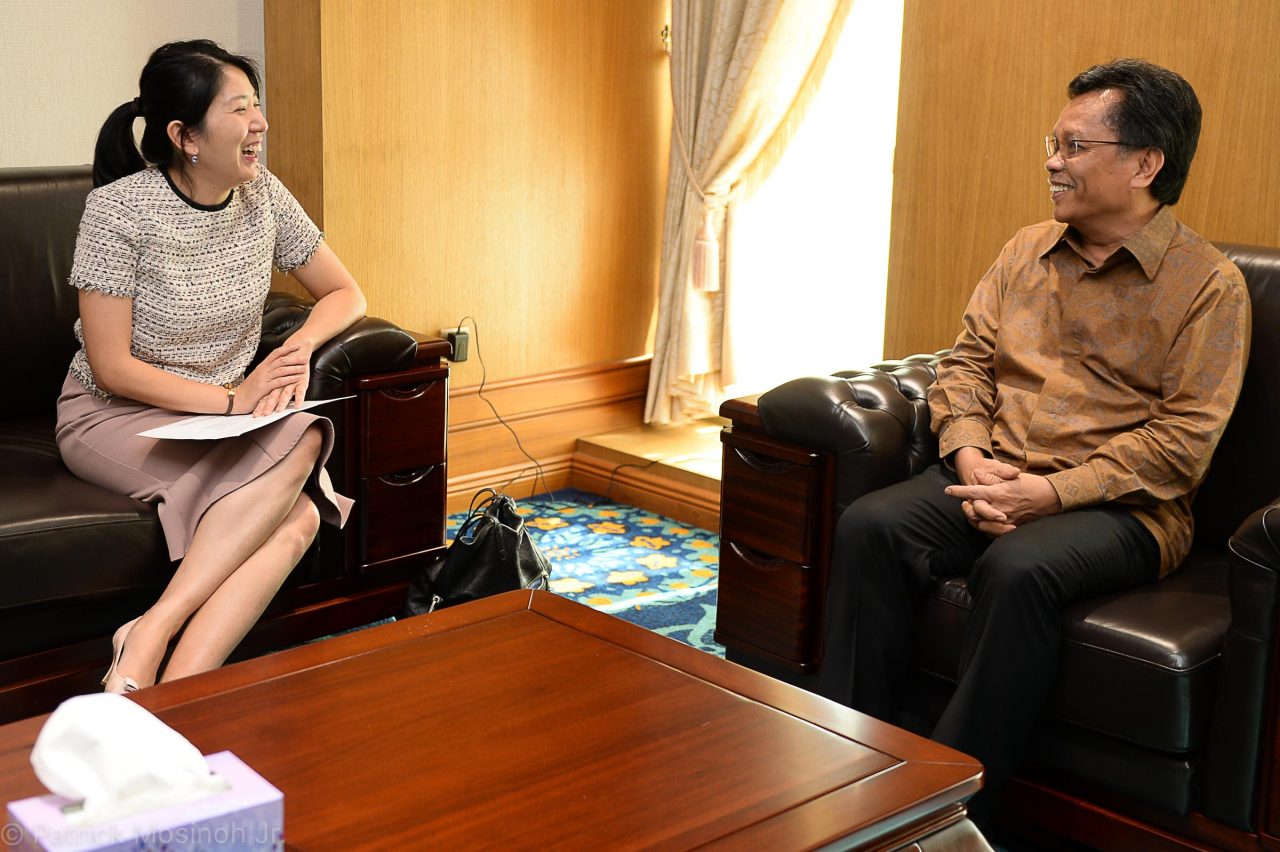 Yeo discussing the SESB ownership transfer to Sabah with Shafie during the courtesy call yesterday.

KOTA KINABALU: The federal government has initiated the transfer of Sabah Electricity Sdn Bhd (SESB) ownership rights back to Sabah to address the state’s power woes within two years.

Energy, Science, Technology, Environment and Climate Change Minister Yeo Bee Yin said the federal cabinet had in principle approved the change of ownership so the devolution to achieve a win-win deal with the state government could be self-sustainable in terms of power.

“We all know that Sabah’s electricity supply is indeed the most challenging amongst the states in Malaysia. The Sabah state faces the highest challenge of electricity supply,” she said in a press conference held after paying a courtesy call on Chief Minister Datuk Seri Panglima Mohd Shafie Apdal at the Sabah State Administrative Centre (PPNS) here yesterday.

“I brought good news from the federal government that the cabinet has agreed to start the process of returning the ownership rights to Sabah.”

Yeo said two task forces, financial and technical, would be established to discuss and start the process and make periodical updates on progress of discussions to the people.

“We hope that with the return of the ownership rights, SESB can be revamped to  bring better services to the people of Sabah,” said the federal minister.

“We will see in a two-year time target if we will be able to return the ownership back to the Sabah people. But this does not mean that we (federal government) will not do anything about the electricity supply in Sabah.

“I think we can complete this process but depends on the conditions and discussions between the Sabah government and the federal government,” she said, adding the option to involve the private sector would also be put under consideration.

Yeo also stressed that the Sabah electricity tariff would not be increased in 2019.

“What we want to achieve is that eventually it will be sustainable for SESB. To have a good financial module, less loss in terms of transmission, also more efficient generation, transmission and distribution system for Sabah electricity industry,” she said.

“Sabahans will get the most benefit out of this exercise. There is no point we return (the ownership rights) but, eventually, it doesn’t give benefits to the people. We really want to tap into the technical part as well. From my ministry’s point of view, we want to know that upon returning, it is self-sustainable,” she added.

Yeo said the ministry would also discuss about creating a separate Energy Commission for the Sabah government so the power sector planning could be regulated.