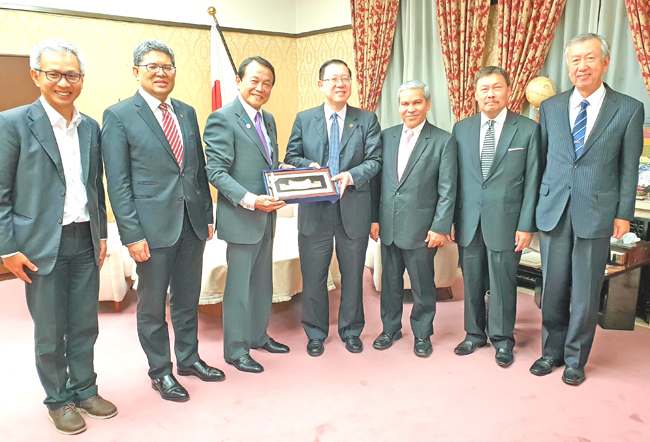 KUALA LUMPUR: International investors are confident in Malaysia’s economic potential as well as the government’s ability to drive the economy forward.

“Dr Mahathir is a well-known and much respected international statesman in Japan. They are confident their investments will be used to grow Malaysia’s economy to the fullest,” said Lim in a statement on his visit to Japan which ended yesterday.

The minister had led a delegation from the Ministry of Finance (MoF) on a three-day roadshow from Feb 6-8 to meet with Japanese investors and senior government officials in conjunction with the upcoming issuance of the Samurai Bond.

He conveyed the Malaysian government’s appreciation of the Japanese government’s willingness to guarantee the issuance of the 200 billion yen Malaysian Samurai Bond via the Japan Bank of International Cooperation to reduce interest for the loan.

During the meeting, they had also discussed the future of the relationship between Malaysia and Japan and opportunities to increase collaboration and investments in various strategic areas. — Bernama