Sunday, September 20
You are at:Home»News»Fatimah: Compatibility test no guarantee of marital bliss

“Marriage is a journey and like any journey on earth, there will be ups n downs. You have to make an effort to make your marriage work.

Fatimah was asked to comment on Women, Family and Community Development Deputy Minister Hannah Yeoh’s announcement yesterday that the government was considering introducing a ‘compatibility test’ for couples to prevent marriages ending up in divorce. 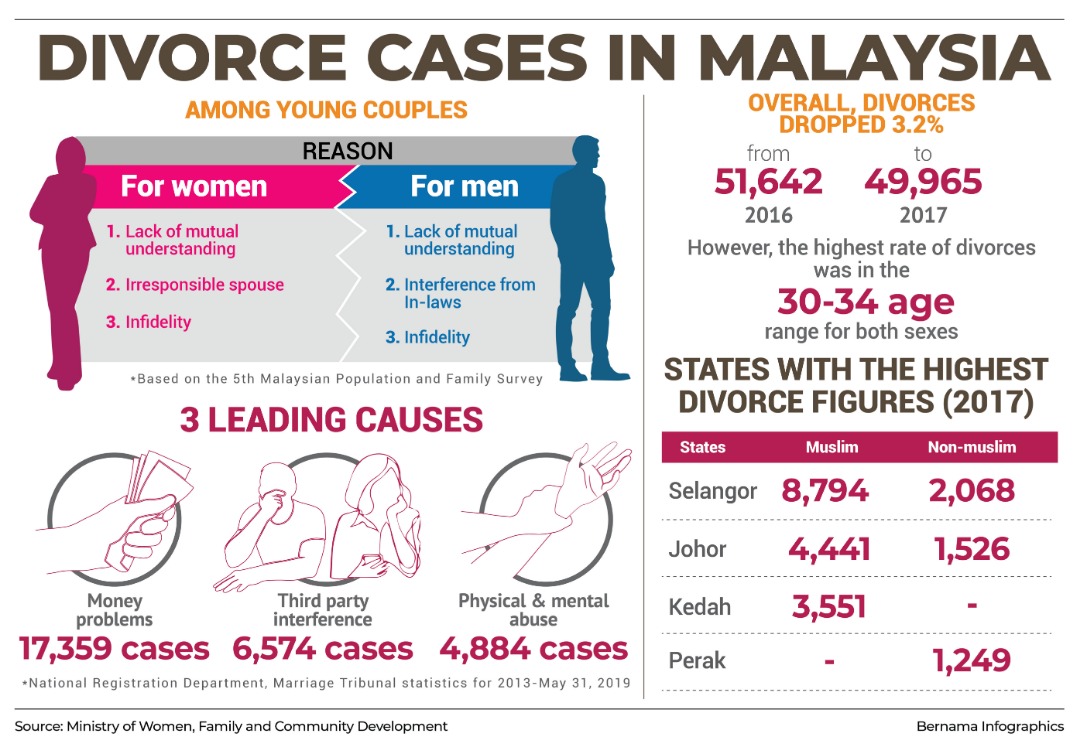 Fatimah said as for Sarawak, the state Women and Family Department organises marriage courses, with the focus on how to build a lasting marriage for any married couple, managing conflicts and getting to know one’s partner better.

She stressed that approaches used and programmes organised by the State Women and Family Department were already good enough for couples.

When responding to Jalaluddin Alias (BN-Jelebu)’s in parliament yesterday, Yeoh said divorce rates were highest among couples aged 30 and 34.

“It was found in the first five years of marriage that most couples rush into marriage without first knowing themselves or their partners well enough. So we are contemplating coming up with a compatibility test for singles, those looking at getting married, while still dating, so they can find out if that person (their partner) is compatible” she was quoted as saying.

This is NOT an exam for you to pass to get married. We’re talking about personality quiz & discovery about self & partner in pre-marital stage bcoz more than 30% divorces within first 5 years of marriage. A tool to help. Not compulsory. Not to regulate your decision to marry. https://t.co/Ur8WpfRPXd

In a Twitter post later, Yeoh explained it was not an examination which must be passed in order to get married.

“We are talking about personality quiz and discovery about self and partner in the pre-marital stage because more than 30 per cent of divorces (happen) within the first five years of marriage. A tool to help. Not compulsory. Not to regulate your decision to marry,” Yeoh said.