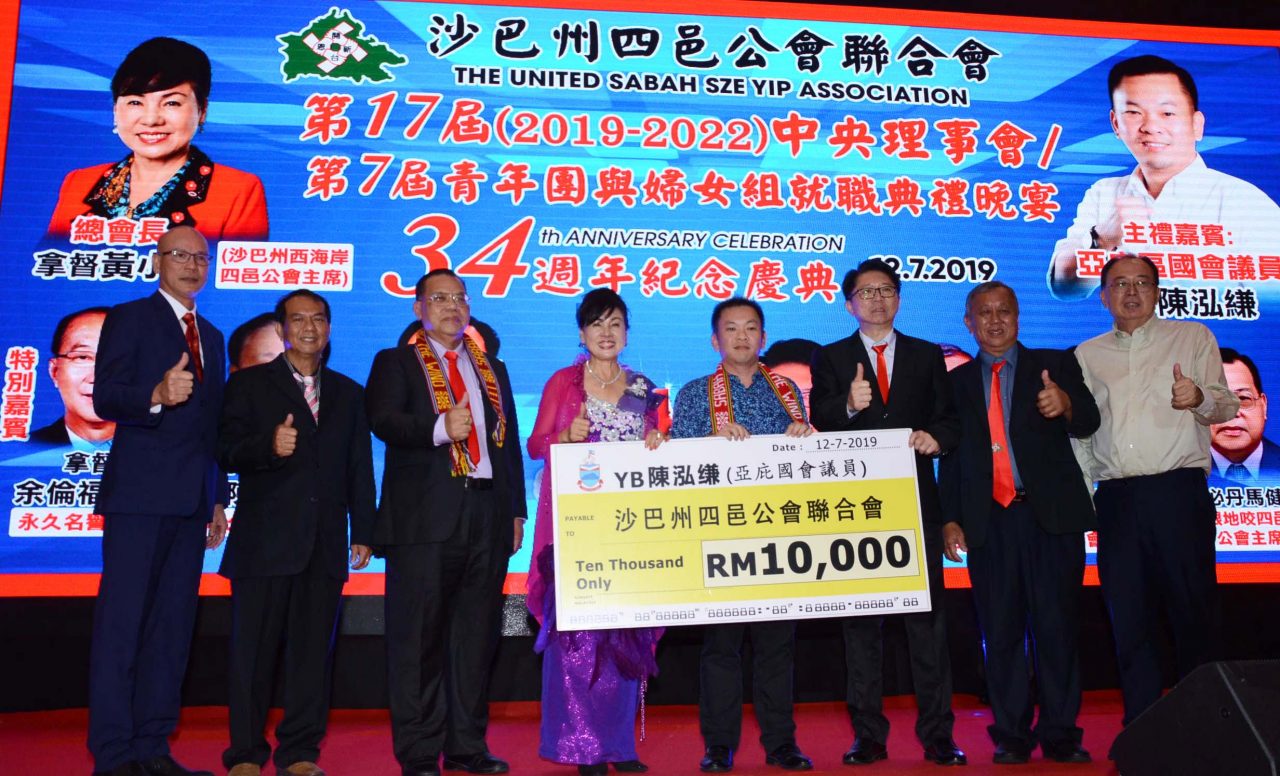 Chan (fourth right) handing over a contribution of RM10,000 to Wong (fourth left) in support of the association’s activities.

KOTA KINABALU: The Federal Government will seek to debate and pass the constitutional amendment to lower the voting age to 18 on Tuesday (July 16), said Kota Kinabalu Member of Parliament (MP) Chan Foong Hin.

He said the government had also accepted the opposition’s suggestion to allow those who attained the age of 18 to contest as candidates.

“We believe that citizens who reach the age of 18 have the right to decide our country’s future,” he said when gracing the 34th anniversary celebration of The United Sabah Sze Yip Association here on Friday.

On another note, Chan said the passing of an amendment to the Youth Societies and Youth Development Act (Amendment) 2019 in Dewan Rakyat to change the definition of ‘youth’ by lowering the age from 40 to 30 would only affect youth bodies registered with the federal Ministry of Youth and Sports which obtained funding from the National Youth Council.

“These youth organizations will have to revise the age of their leadership in accordance with the policy.”

However, he assured that youth bodies of associations registered with the Registrar of Societies (ROS) could maintain their existing structure until they were capable of making the transition to limit their members’ age at 30.

Meanwhile, The United Sabah Sze Yip Association president Datuk Susan Wong Siew Guen hoped to see the establishment of a new Sze Yip association in the state during her tenure.

She said there were only five Sze Yip associations under the umbrella organization for the past 11 years with her at the helm.

“I have a wish, that is to have a new member association joining The United Sabah Sze Yip Association family.”

In fact, Wong said Semporna Sze Yip Association was in the process of being set up.

“Semporna is the perfect location to set up a Sze Yip Association given that it is the hometown of the Chief Minister Datuk Seri Panglima Shafie Apdal.”

She also urged the members to participate in the seventh World Youth Congress of Jiangmen held in Panama in March next year.