KUCHING: Tourism, Arts and Culture Minister Datuk Abdul Karim Rahman Hamzah is “disgusted” with a group of individuals who disrespected the national anthem by refusing to stand when the song was played.

Abdul Karim said heavy punitive actions should be taken against those individuals and they should be charged in court as such behaviour should not be tolerated.

“It is so unbecoming, so unpatriotic and disloyal to see somebody making fun of our own national anthem. I get so disgusted by that,” he said.

On Sunday, a police report was lodged against an incident in Kuching where members for Sarawak for Sarawakians (S4S) movement were seen not respecting the national anthem when the song is being played and they were subsequently called to the police station to have their statement recorded yesterday.

The group spokesperson Alex Leong said their action was a form of silent protest against the Malaysian government and Prime Minister Tun Dr Mahathir Mohamad for not honouring their 20 per cent oil royalty election promise to Sarawak.

Abdul Karim reminded that Malaysia was formed in 1963 with an agreement between forefathers of the nation and the national anthem, Negaraku, only existed after Sarawak and Sabah became a part of the federation of Malaysia.

And yet, Abdul Karim said the group of individuals were disrespecting the national anthem.

“That’s why I got very offended by that video. My hope is that, if I can use the word, they should ‘bertaubat-taubat’ (repent) and apologise to all Malaysian for showing disrespect to our national anthem.” 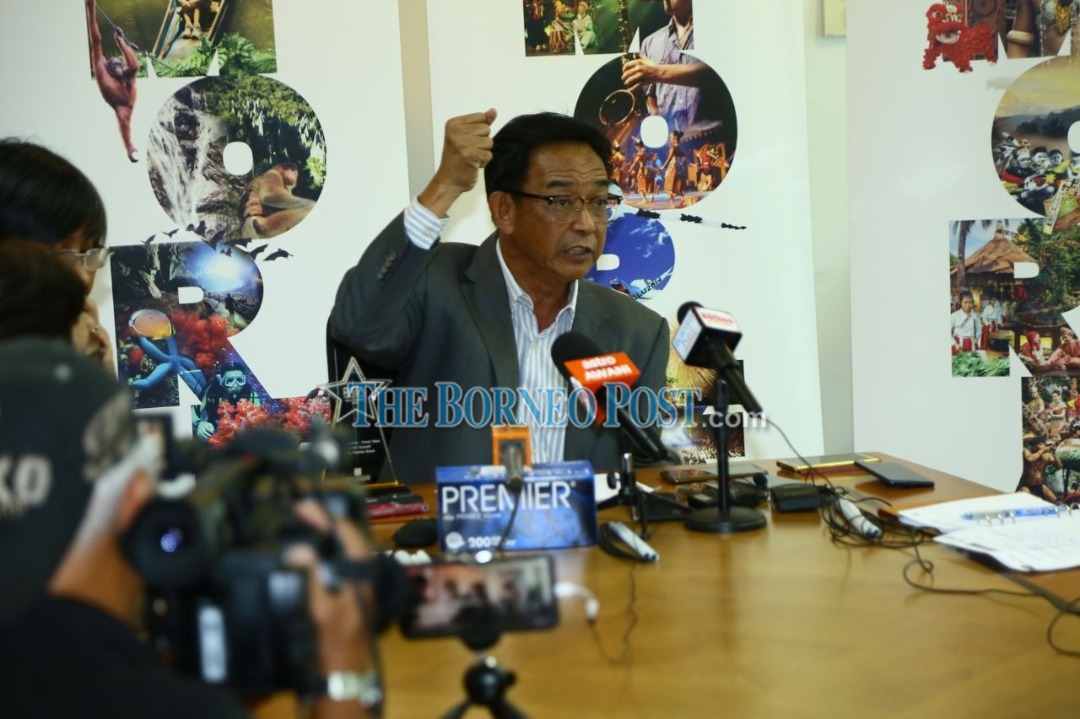 Abdul Karim gesturing when criticizing the actions of the S4S members involved for disrespecting the national anthem by not standing up during a function here on Friday.

He said the sovereignty and dignity of the country must be respected at all times and it must never be politicised.

“Personally, I feel that they don’t deserve to a Malaysian. They should not even be in Malaysia for them to show disrespect to their own national anthem.”

He said displeasure over the federal government treatment of Sarawak and respecting the country national anthem are two different matters.

Abdul Karim added said there are better channels for those involved to voice their displeasure or dissatisfaction with the federal government rather than choosing to disrespect the national anthem this way.

“If you are unhappy with the government, it is not through disrespect the flag, that is our national flag,” he said.

He added the penalty imposed under Section 8(3) of the National Anthem Act 1968, which provides for a fine not exceeding RM100 or imprisonment for a term not exceeding one month, if convicted, for disrespecting the national anthem is too light.

“To me, this (penalty) is still too light. You should go to jail for years for such action.”