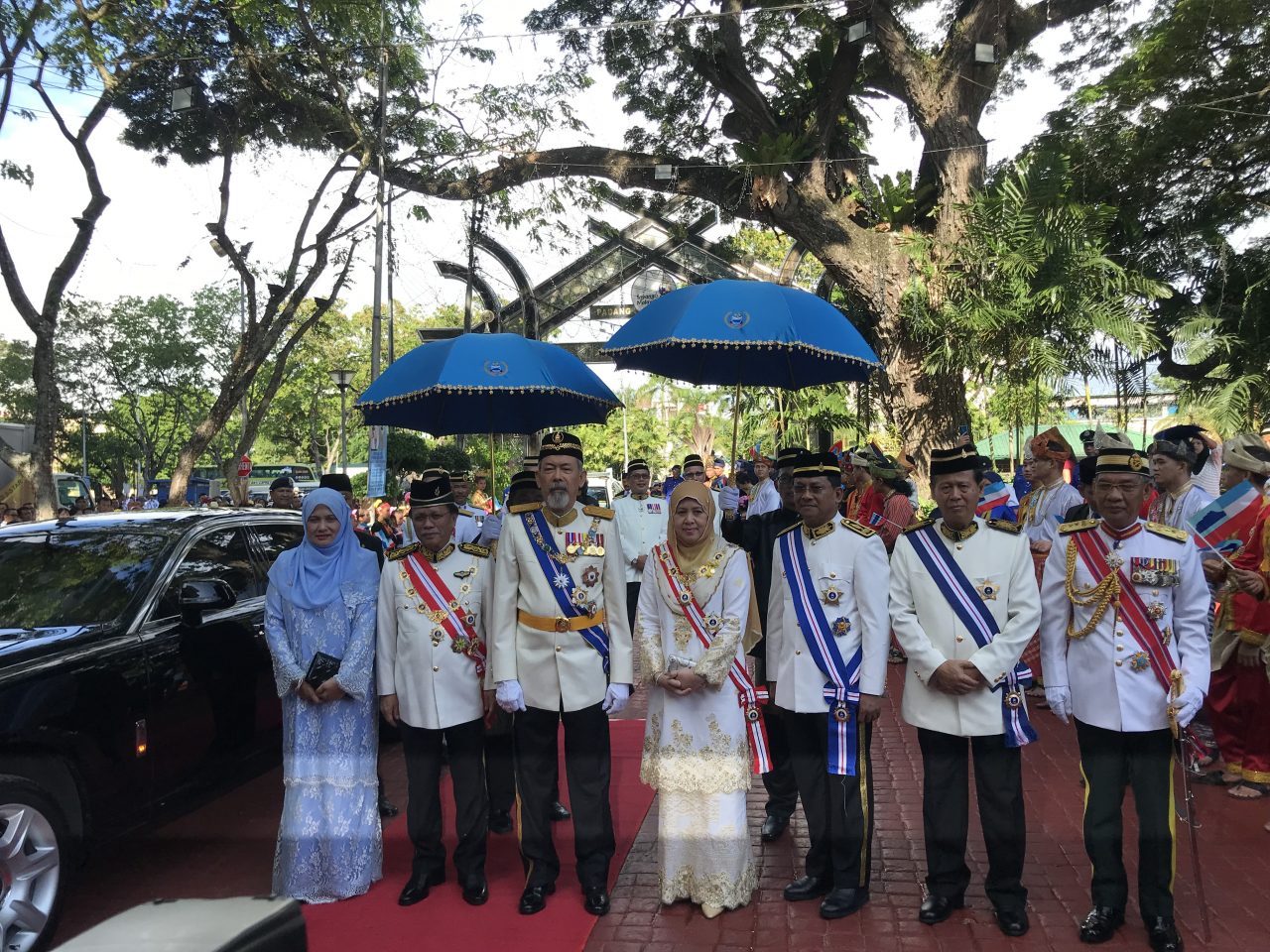 The attendees were treated with the yearly ceremonial parade, which saw a total of 74 contingents comprising 2,844 participants engaging in the colourful yearly affair.

The ceremony started around 8am with the Governor receiving the royal salute from the guard of honour while followed by the national anthem ‘Negaraku’ and the state anthem ‘Sabah Tanah Airku’.

Tun Juhar then proceeded to inspect the contingents.

Apart from the ceremonial parade, Tun Juhar and the other guests were also treated with special performances from Sabah Credit Corporation and the Sabah Cultural Board.

Following the parade, an investiture ceremony was then held at the Istana Negeri followed by a dinner reception at the State Legislative Assembly’s Banquet Hall.

To celebrate the Head of State’s birthday month, various activities will be held during October and November, among which are the Tea Ceremony with the Special Children and Orphans (October 10 at Nexus Spa and Resort Karambunai; the ‘Dirgahayu Tuan Yang Terutama’ Special Exhibition (October 15 at the State Museum); a high-powered motorcycle convoy from Kota Kinabalu to Kota Belud, led by Tun Juhar himself (October 19); the Excellence Award for State Athletes (October 22 at Sutera Harbour) and many more.