Monday, April 6
You are at:Home»News»Sabah»Education, Health Departments to administer polio vaccine at kindergartens 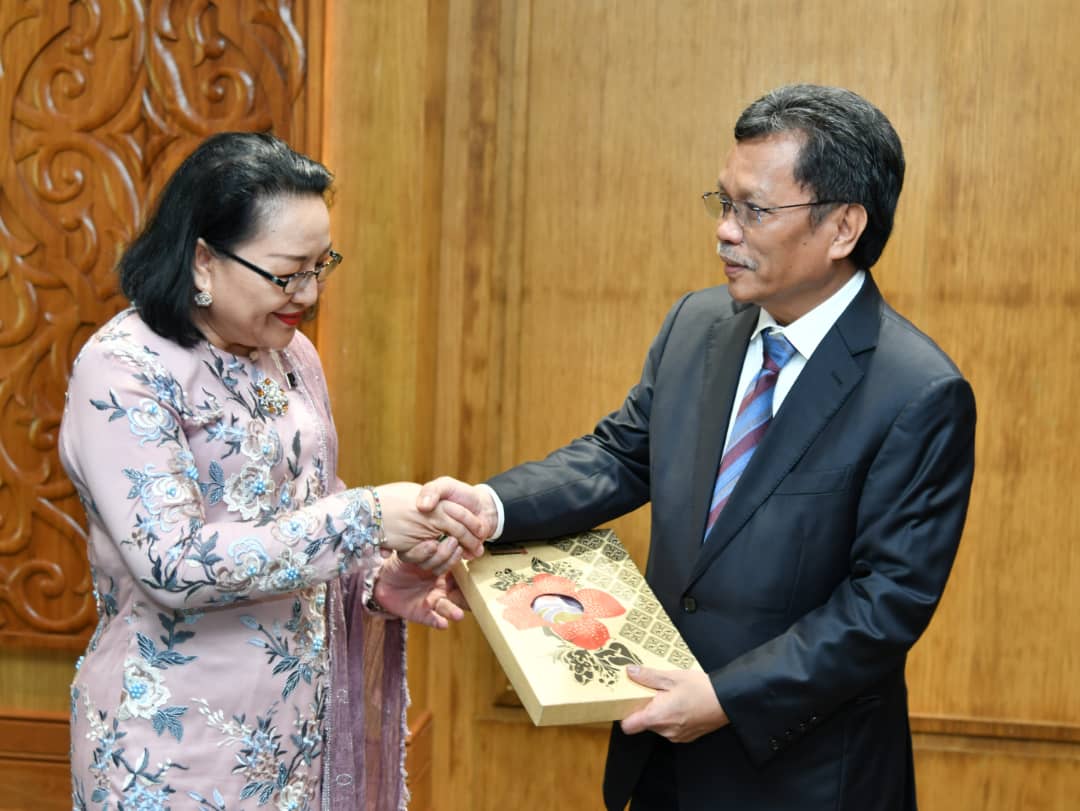 Shafie (right) with Mistirine during their meeting at the Sabah Administrative Centre yesterday.

KOTA KINABALU: The State Education Department will work together with the Health Department for the administration of the oral polio vaccine at kindergartens.

Its director, Dr Mistirine Radin, said that she is not sure how it is going to be planned, adding that she had just returned to work and had just begun to go through all her mails.

Nevertheless, she said that she had already received the letter from the Health Department concerning the issue.

This is the follow-up of the announcement made by Deputy Health Minister Dr Lee Boon Chye that all children below five years old in Sabah including undocumented and non-citizens would be given oral polio vaccine at the end of last year.

The announcement was made after a three-month-old baby in Tuaran was reported to have contracted polio.

Since the discovery, two more cases of polio had been discovered in Sabah.

Mistirine told reporters on the issue after meeting with Chief Minister Datuk Seri Panglima Mohd Shafie Apdal to discuss about the upcoming state-level Teachers’ Day celebration which is scheduled from April 9 to 17.

The event is to take place at the ITCC in Penampang as the district education office will be the host this year.

She said her department would cooperate with the police on the case.

Police have arrested seven Form Four students for allegedly assaulting their schoolmate at a public park in Taman Nelly in Inanam on Saturday after the 15-year-old victim lodged a police report. .

Police have started investigating the case under Section 148 of the Penal Code for rioting with a weapon.

A video of the attack on Feb 5 has been shared widely on social media.