Tuesday, October 19
You are at:Home»News»Nation»I had no doubt about Rosmah’s involvement in securing project for Jepak — Mahdzir 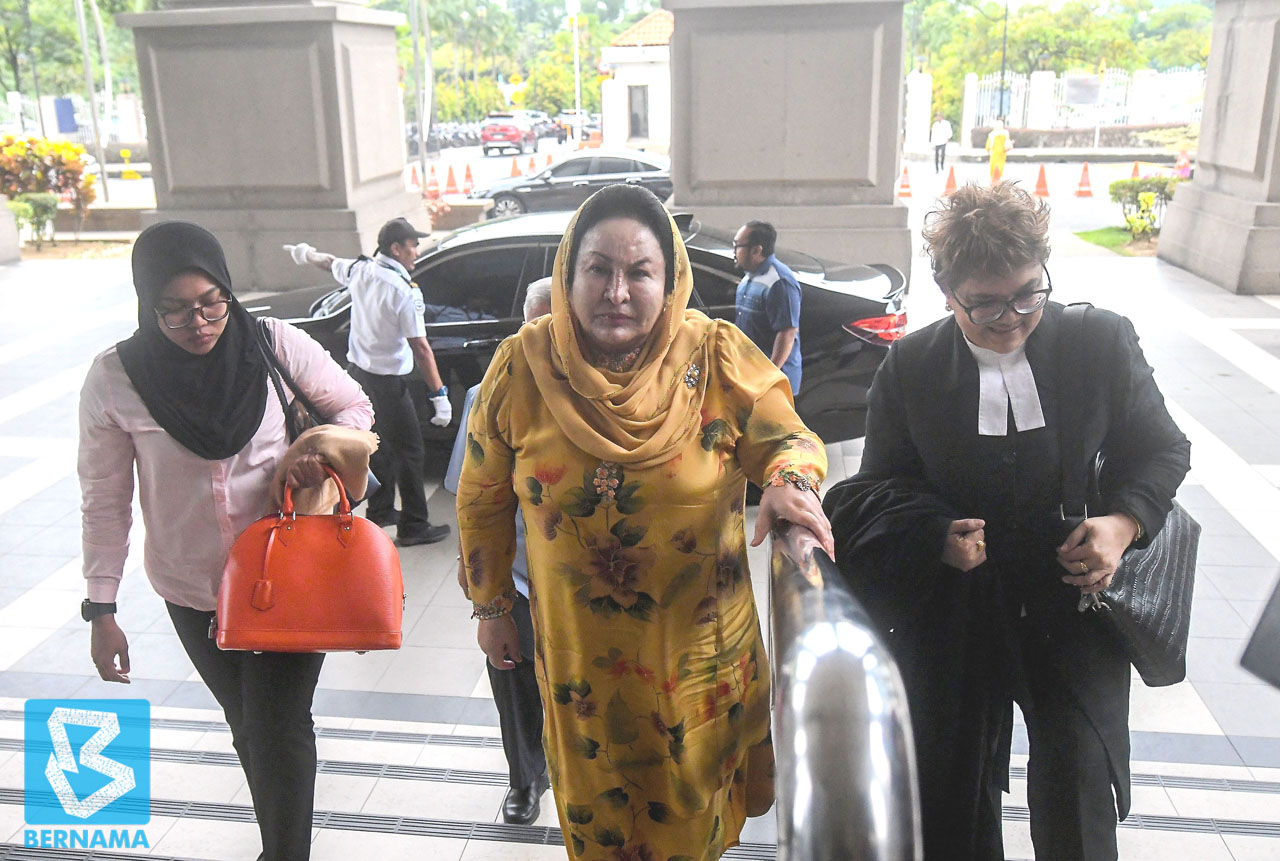 Mahdzir, 59, said Rosmah, who is the wife of former Prime Minister Datuk Seri Najib Tun Razak, called him on the phone on Dec 22, 2016 to ask about the project.

“I still remember, when I answered the call, Datin Seri Rosmah immediately told me that she did not know who Rayyan (Rayyan Radzwill Abdullah, who was Saidi’s business partner) was. She also said she was only helping Cikgu Aazmey (Datuk Aazmey Abu Talib, who is Pekan Umno secretary and former Pahang education director).

“Datin Seri Rosmah also told me to just comply with the minutes by Datuk Seri Najib Tun Razak and that she did not want me to delay matters on the hybrid solar project . I merely said yes, yes, Datin Seri.

“I have no doubt that Datin Seri Rosmah was involved in helping Saidi to secure the hybrid solar project,” he said on the third day of Rosmah’s trial for corruption involving a solar hybrid project for schools in Sarawak.

Reading out his witness statement, Mahdzir said he also agreed to remove a clause in the Letter of Acceptance (SST) on the hybrid solar project after receiving a call from Datuk Rizal Mansor, who was then Rosmah’s personal aide, on Nov 10, 2016.

Mahdzir, who is the fifth prosecution witness, said the clause was on the Education Ministry’s right to terminate the contract and reduce the number of schools for the implementation of the hybrid solar project.

“Initially, I did not want to remove the clause as it was the decision by the Education Ministry and I was sure it was in accordance with the project requirements.

“Rayyan was not satisfied and he then contacted someone on the phone and handed over the handphone to me and I realised the person on the other end was Datuk Rizal Mansor, who then said to me to remove the clause, if possible and to not make the matter difficult.

“Datuk Rizal Mansor’s manner of speaking was not harsh, but he used Datin Seri Rosmah as the authority,” he said during examination-in-chief by deputy public prosecutor Idham Abd Ghani.

Mahdzir, who is Umno vice-president, said he was confident that Jepak was not able to develop a photovoltaic solar system by Jan 1, 2017 and until April 2018, the company still failed to build the system as promised.

He said that in December 2016, he instructed former Education Ministry secretary-general Datuk Seri Alias ​​Ahmad to come up with a back-up plan for buying diesel for diesel gensets through the District Education Office in Sarawak as he doubted Jepak could supply the diesel and maintain the diesel genset for the 369 schools.

According to Mahdzir, Jepak had no experience at all to provide such service on a massive scale and without the back-up plan, the 369 schools would be in darkness on Jan 1, 2017 when the existing contractors terminated their services.

Mahdzir said that in May 2017, he received further instructions from Najib for him to authorise Alias to sign the official contract.

The instruction was minuted on Jepak’s letter, dated May 24, 2017, accompanied by a letter from the Prime Minister’s office, dated May 25, 2017, he added.

“Based on my understanding of the letter from Jepak, dated May 24, 2017, Jepak has asked Datuk Seri Najib Razak to instruct me to give authority to Alias to sign the official contract with Jepak because the company did not want to deal with me,” he added.

Mahdzir said he did as was instructed and was no longer involved in the preparation of the official contract.

“I also did not know the date when the contract was signed. By then, Saidi also rarely contacted me,” he added.

Rosmah, 68, had pleaded not guilty to a charge of soliciting RM187.5 million and two counts of receiving a bribe of RM6.5 million from Saidi through Rizal for the project.